Ex-THAI chairman gets 2 years for not paying excess baggage

Wallop Bhukkanasut in 2009, when still Thai Airways International board chairman. (File photo). The Central Criminal Court for Corruption and Misconduct Cases on Wednesday sentenced him to two years in jail without suspension for abuse of auhority in failing to pay for 300kg of excess baggage in 2009.

The Central Criminal Court for Corruption and Misconduct Cases on Wednesday sentenced a former Thai Airways International (THAI) chairman to two years in jail without suspension for failing to pay for 300kg of excess baggage in 2009.

Wallop Bhukkanasut was convicted and sentenced on charges filed by the National Anti-Corruption Commission (NACC) for violating Section 11 of the Act on Offences Committed by Officials of State Organisations or Agencies.

Wallop, while chairman of the board in 2009, was found to have abused his authority in ordering airline staff to change the stated weight of his luggage so he could evade charges for the excess.

Wallop and his wife returned from a trip to Japan in November 2009. He used his position to bring more than 300kg of luggage back from Narita to Suvarnabhumi airport without paying for the excess weight.

In early 2010, after a fact-finding investigation, Mr Wallop was ordered to pay for the excess baggage. He resigned as executive chairman of the airline.

The Central Criminal Court for Corruption and Misconduct cases on Wednesday found him guilty of the charge brought by the NACC. The court sentenced him to two years in prison without suspension.

Mr Wallop, who was on bail, was at the court for the ruling, Thai media reported.

The NACC had earlier found grounds to charges against Mr Wallop over his failure to pay the excess baggage charge.  He was also accused of accepting gifts - Kobe beef and expensive fruit - from a private firm, with a combined value of more than 3,000 baht. 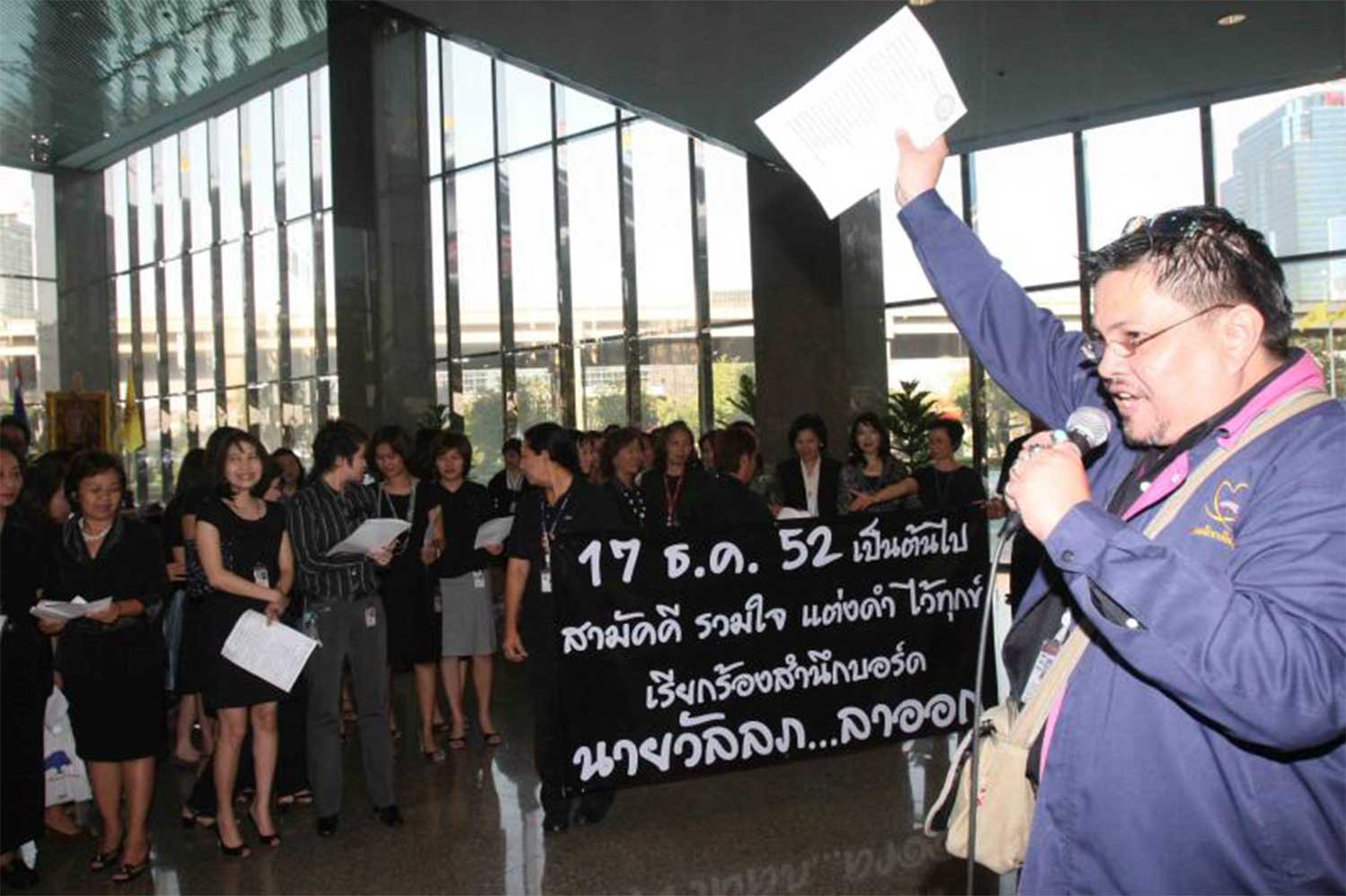 Thai Airways International staff demand that  THAI executive chairman Wallop Bhukkanasu "have a conscience" and resign, on Dec 19, 2009. Mr. Wallop was accused of forcing staff to allow him to carry about 390kg of excess baggage free of charge on a flight from Tokyo's Narita airport to Bangkok's Suvarnabhumi airport in November 2009. (File photo)