Anti-government protesters rallied in front of SCB Park, the headquarters of Siam Commercial Bank, in Chatuchak district on Wednesday evening, under the eyes of border patrol police lining the fence.

Traffic along the road heading to Prachanukul interection came to an abrupt halt as they thronged the area.

Demonstrators and rally guards erected metal barriers on the road at Ratchayothin intersection leading to Lat Phrao intersection, to prevent vehicles from turning left to the gathering site on Ratchadapisek Road. Motorists could only go straight to Kaset intersection.

Leading protest members on the back of a truck with loudspeakers took turns lambasting the government.

Protest co-leader Parit “Penguin" Chiwarak arrived about 3pm in a yellow duck suit. Holding a sign saying “Citizen Area’’, the student activist said the rally initially planned in front of the Crown Property Bureau had been moved to SCB Park to avoid any possible violence.

The Crown Property Bureau is a major shareholder in the SCB. 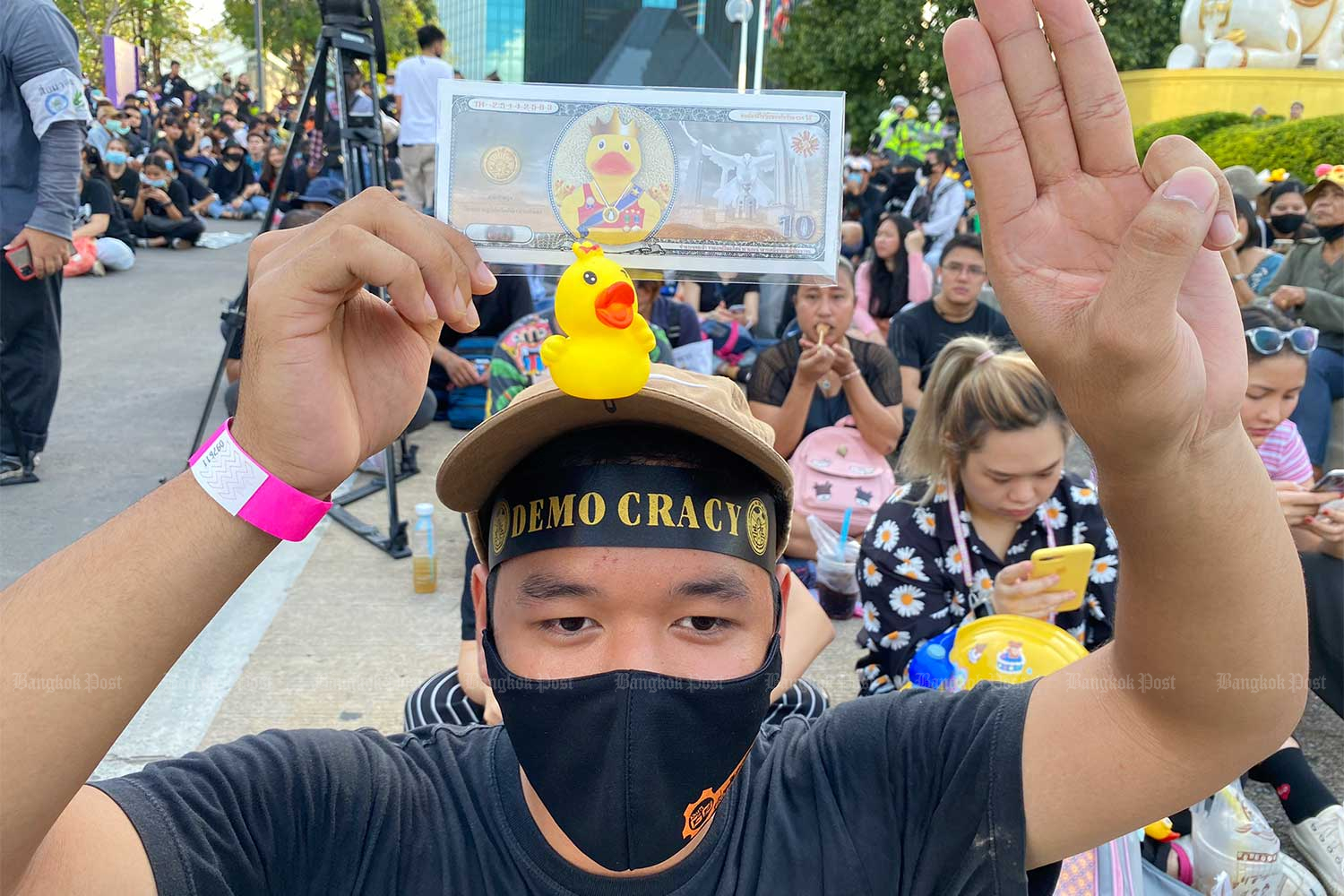 A demonstrator shows a yellow-duck coupon for 10 baht handed out to people at the rally. They could be used to buy food from neaby vendors. (Photo: Nutthawat Wicheanbut)

Anti-government protesters packed into the area, repeating their demands for the prime minister's resignation, a new constitution and reform of the royal institution.

Last Thursday, Prime Minister Prayut Chan-o-cha gave notice that "all laws and all articles" will be used against protesters escalating the political conflict. Leaders have since been called in to answer police charges of lese majeste arising from previous protests. The charges carry draconian 15-year jail sentences.

Demonstrators joined her in inflating them. The ducks have become another rally symbol.

Rally staff handed out 3,000 coupons featuring an image of a yellow duck to demonstrators. Each coupon had a declared value of 10 baht and could be used when buying food at nearby participating stalls.

A parking area in front of SCB Park was fully occupied with vending stalls, selling grilled hot dogs, sausages and fish balls, T-shirts and other items.

The rally ended on Wednesday after organisers announced it was over at 9.17pm -- but said another protest would take place on Friday at a location to be revealed.

At 10.15pm an explosion and about five gunshots were heard near the rally site while demonstrators remained. The Erawan Emergency Medical Centre reported at 11.10pm that a man was shot in his abdomen and was rushed to Praram 9 Hosptial. 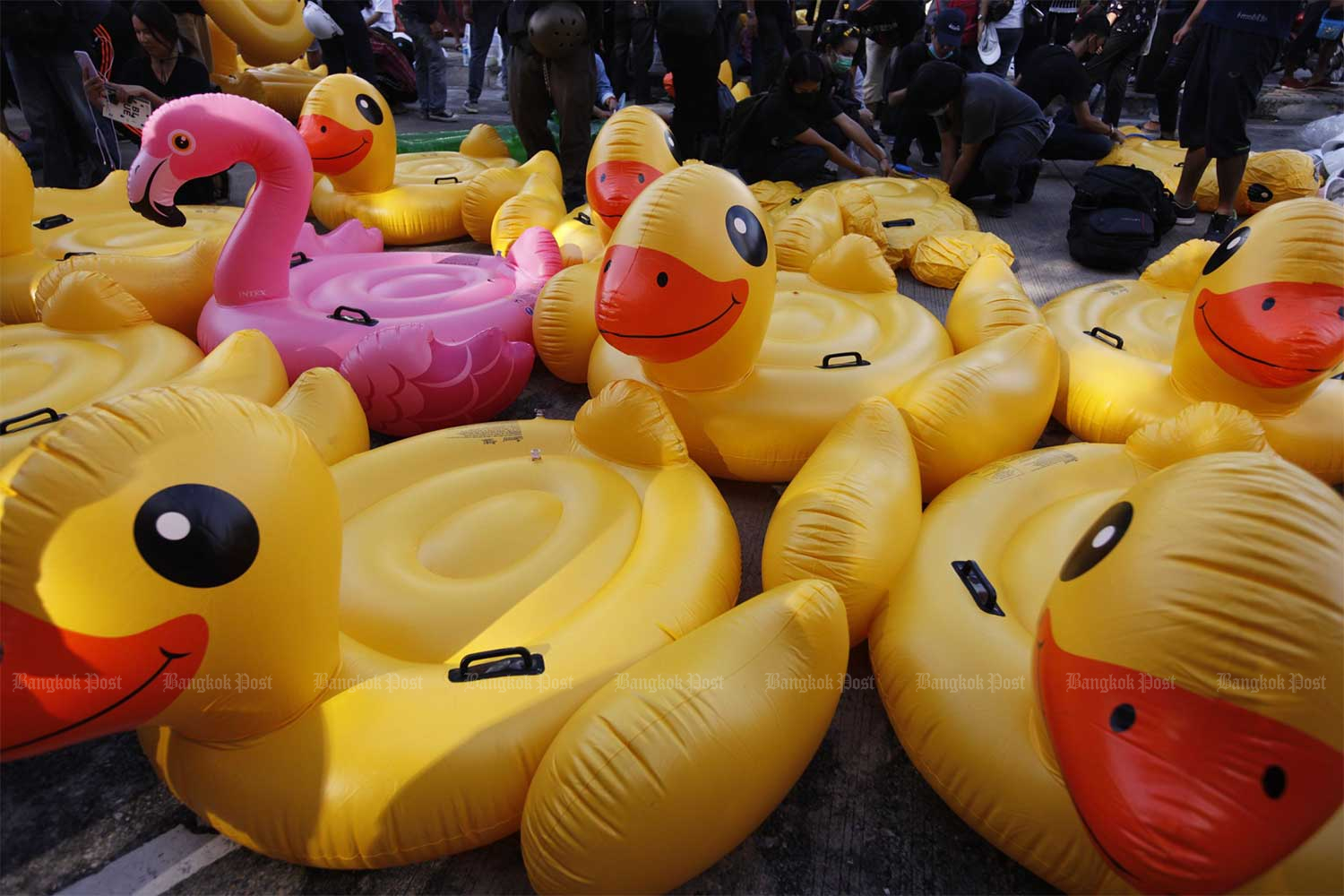 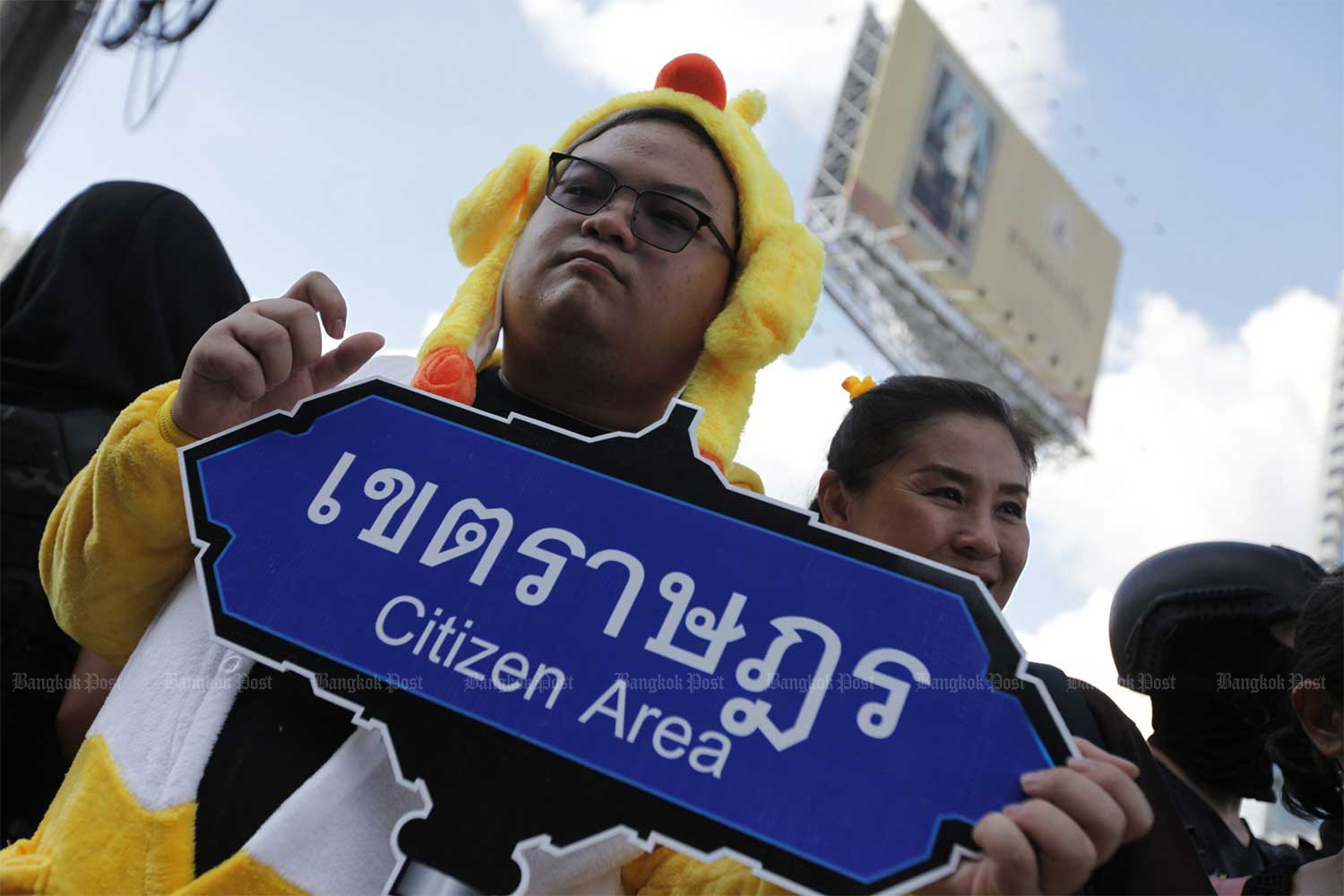