A demonstrator shows a yellow duck coupon for 10 baht handed out to people at the anti-government rally in front of SCB Park, the headquarters of Siam Commercial Bank, in Bangkok's Chatuchak district on Wednesday evening.(Photo by Arnun Chonmahatrakool)

The yellow-duck food coupons distributed during Wednesday’s anti-government rally are illegal, according to police, and the wording may amount to lese majeste.

Phahon Yothin police were preparing to take action against those who used the coupons to buy food and other goods from participating stalls at the rally site on Wednesday night, an informed source said on Thursday.

They were in breach of Section 9 of the Currency Act, according to the source.

The investigators would also look into the wording on those coupons, and decide if it violated Section 112 of the Crimimal Code, known as the lese majeste law.

If the wording was deemed to insult the monarchy, investigators would forward cases to the Metropolitan Police Bureau sub-division 2 for further action, the source said.

Section 112 provides for punishment of 3-15 years in prison for those who "defame, insult or threaten the King, the Queen, the Heir-apparent or the Regent".

The yellow-duck coupons were handed out during the anti-government rally in front of SCB Park, the headquarters of Siam Commercial Bank, in Bangkok’s Chatuchak district on Wednesday evening.

Rally staff distributed 3,000 coupons. Each coupon had a declared value of 10 baht and could be used when buying food or souvenirs at nearby participating stalls. (continues below) 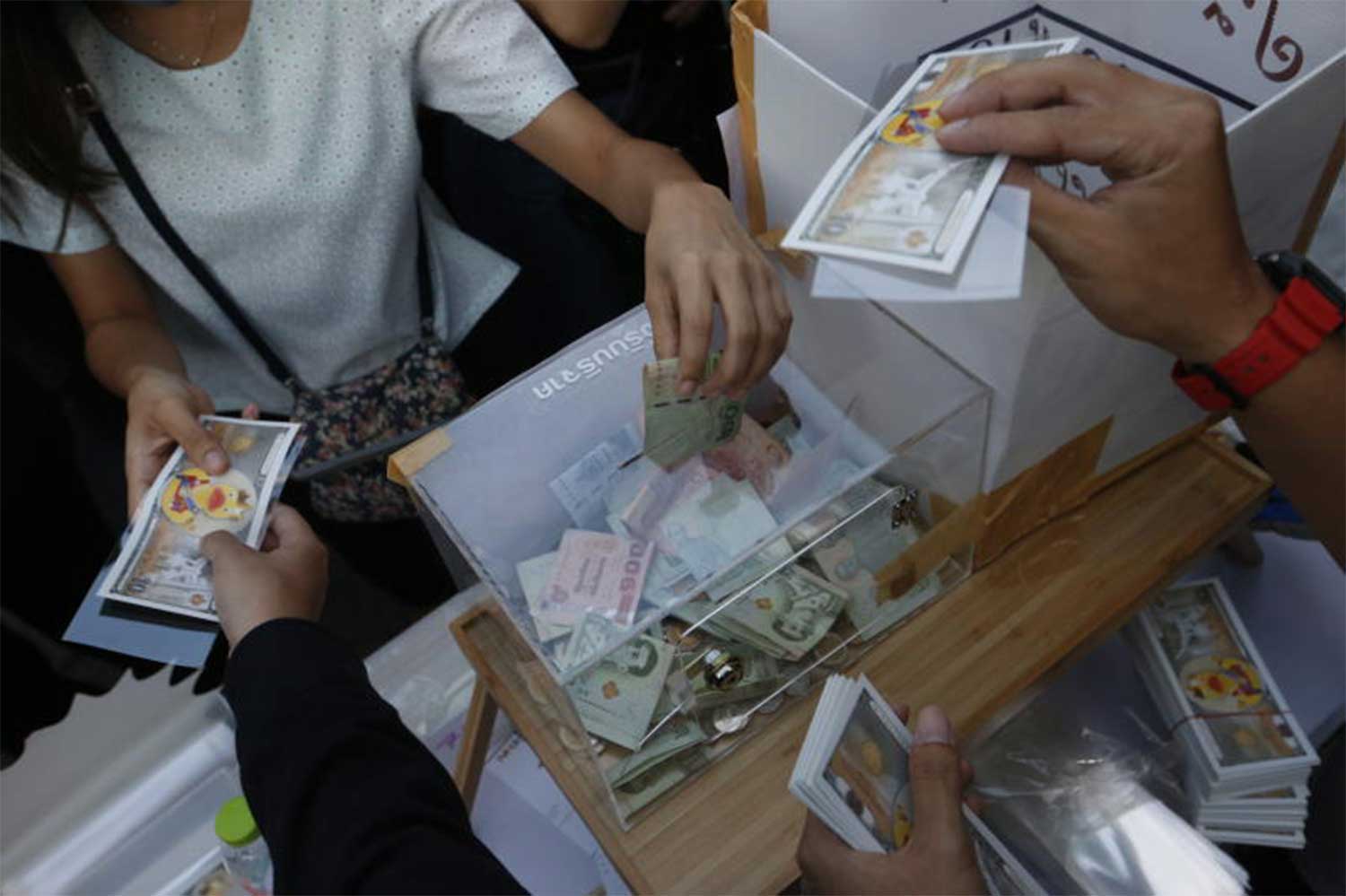 A woman puts money into a donation box at the rally site on Wednesday night as staff  hand out yellow-duck coupons, each worth 10 baht. (Photo: Arnun Chonmahatrakool)

He also said those who produced, distributed and used them, and the stalls that accepted the coupons, were liable to legal action for violating Section 9 of the Currency Act .

The people who made them could also face criminal charges under Section 240 of the Criminal Code for falsifying banknotes and coins. They would be liable to a jail term of 10-20 years and a fine of 200,0000-400,000 baht, according to Mr Srisuwan.

He said police should arrest those offenders immediately.