The former chief executive of the Railway Club Cooperative and eight committee members have been arrested for alleged collusion in the embezzlement of 2.8 billion baht of members' funds.

More than 10 million baht in cash along with luxury cars, watches and other assets have also been seized from them.

CIB officers and officials from the Department of Special Investigation and the Anti-Money Laundering Office (Amlo) had seized many assets from the suspects, he said.

These included more than 10 million baht in cash, luxury cars, watches and brand-name goods. The nine were charged with colluding in theft, falsifying documents and using them and laundering money. (continues below) 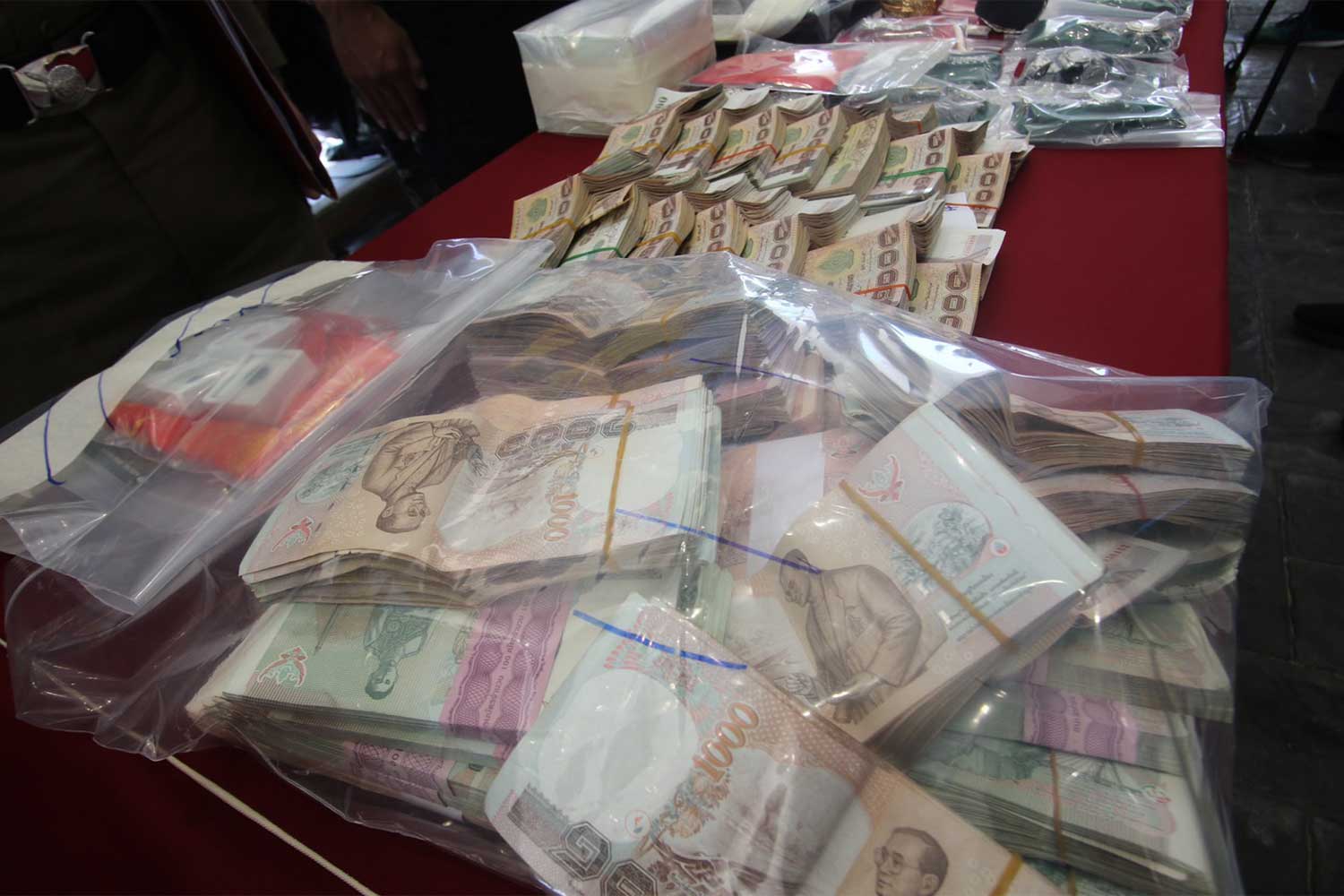 Cash totalling more than 10 million baht and other valuables seized from the suspects. (Photo supplied)

CIB investigators charge that Mr Boonsong and his accomplices on the committee of the cooperative had approved loans without calling meetings and following proper procedures. Total damage amounted to more than 2.8 billion baht of members' funds.

The CIB launched the investigation on June 30 last year.

The investigators then sought warrants from the South Bangkok Criminal Court for the arrest of Mr Boonsong and the eight other suspects.

The suspects had allegedly colluded in approving loans themselves without calling a meeting of cooperative members. Each suspect allegedly took about 15 million baht from the cooperative for personal use per loan application, and falsified documents.

Pol Maj Gen Panya Pinsuk, deputy CIB chief, said some suspects admitted to having taken money from the cooperative to invest in businesses after they discovered the cooperative could not make a profit or pay dividends to its members.

He said said the cooperative had about 2,300 members and their actions caused damage worth over 2.8 billion  baht. They also caused damage to 15 other cooperatives which were linked to the Railway Club Cooperative, he said.

The nine suspects had applied for release on bail, offering 2 million baht as surety, he said.

INN news agency later reported that police had granted bail to all nine suspects. The report said committee member Mr Prapat was arrested at a coffee shop in Phetchabun, while the others turned themselves in to police.