A school student hangs a uniform on the entrance gate of the Education Ministry on Tuesday evening. (Photo by Pornprom Satrabhaya)

Young students from the so-called “Bad Student" activist group on Tuesday converged on the Education Ministry to protest against the ban on casual dress at schools.

Around 4pm, students from various schools in Bangkok began gathering at the area in front of the ministry to symbolically "return uniforms" in a demand for freedom of dress in schools.

A student activist addressing the rally called for students to be allowed to wear whatever they want to school, not the complete scrapping of uniforms.

The gathering was lawful as the group had sought permission from the Metropolitan Police Bureau.

Students began hanging up their uniforms at the gate of the ministry.  Some erected a multi-coloured cloth banner to reflect diversity.

Earlier on Tuesday, the group posted a call to action and a photo of the area in front of the Education Ministry on their “Bad Student’’ Facebook page. “We have called on you to alter regulations. You have refused, so we are rising in protest," the message said. "Teachers and schools pay no respect to the law and have allegedly abused their authority to slander students.

"At 4pm today, pack your uniforms in bags and get together in front of the Education Ministry!!!

On Tuesday morning, some students wore casual attire for the start of the new school term in response to protesters' calls for freedom of dress.

Niphon Kongveha, assistant to the Office of the Basic Education Commission, represented ministry executives in hearing views from the student activist group.

He said the ministry had not received any reports about schools’ barring students wearing casual attire from schools, Naewna Online reported.

“According to the latest update we have received, a total of 580 students across the country wore casual attire to schools today. All schools allowed all students to attend classes without any attempts to obstruct them,’’ said Mr Niphon. 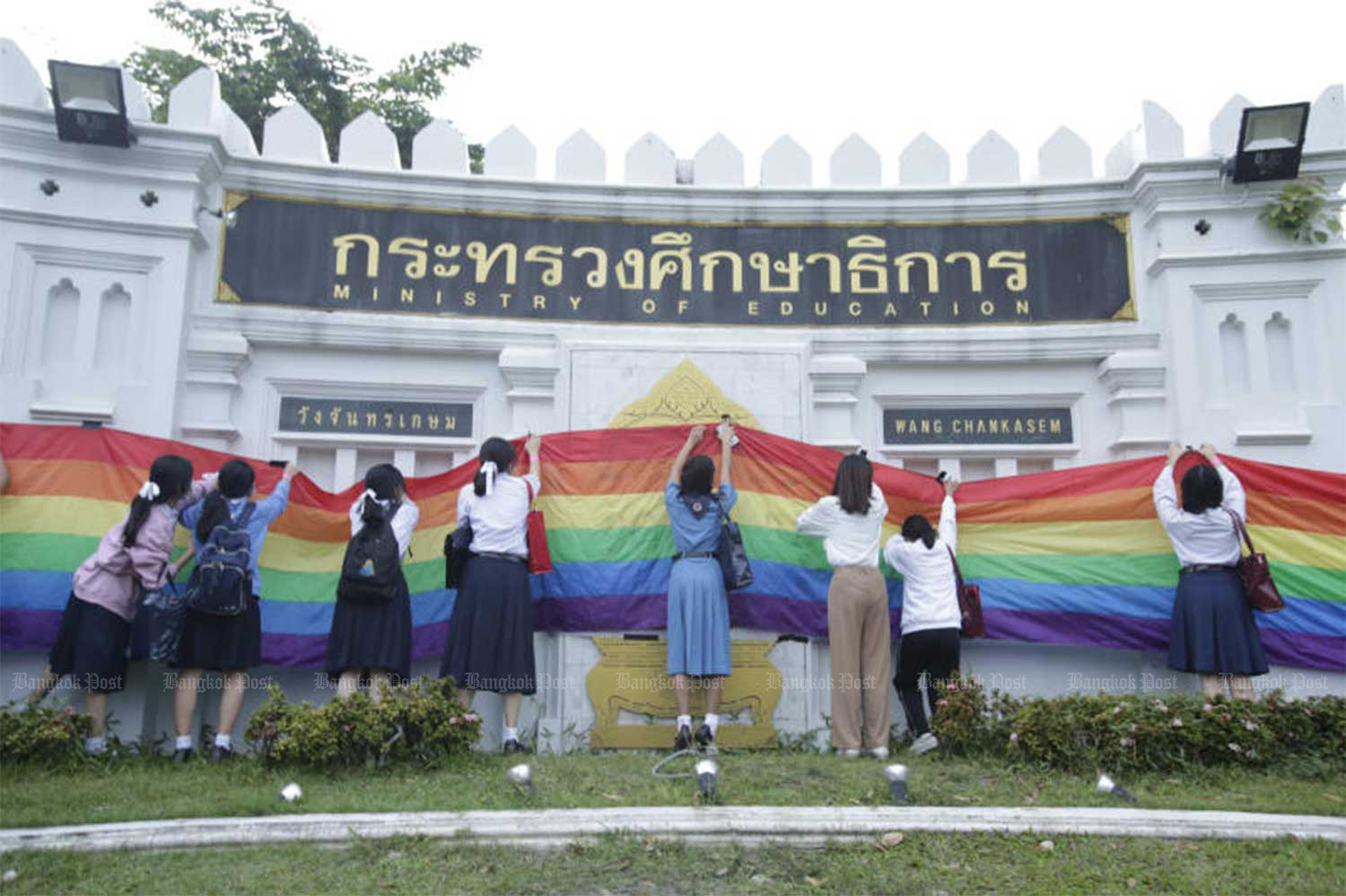 School students hang a multi-colour cloth banner on the wall of the Education Ministry on Tuesday evening. (Photo by Pornprom Satrabhaya) 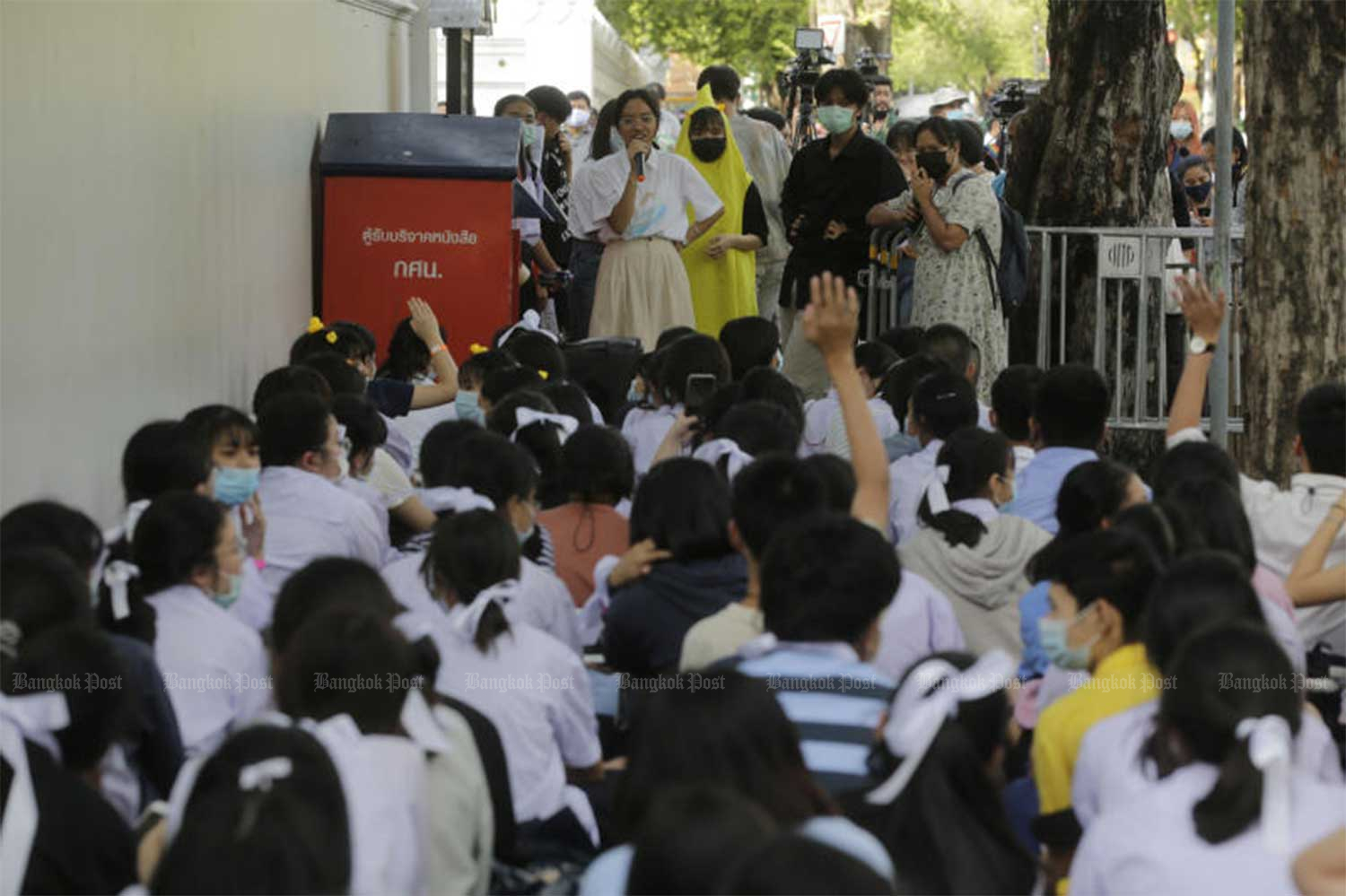 Students gather in front of the Education Ministry to take part in an activity organised by the so-called "Bad Student'' activity group. (Photo by Pornprom Satrabhaya)