The nation's teacher lives on

His Majesty King Bhumibol Adulyadej The Great made enormous contributions to education during his reign, setting up several royal projects to help develop education in Thailand as he deemed it an important tool for the country's development.

One of his legacies in education was the Distance Learning via Satellite (DLTV) scheme that aimed to raise the quality of education in Thai rural schools, which often face a shortage of teachers. The gaps in educational quality between schools in remote areas and urban centres are distinct and oceans apart.

DLTV broadcast its first class via seven channels to schools on Dec 5, 1995, using Wang Klai Kang Won School in Hua Hin district of Prachuap Khiri Khan province as its broadcasting centre. The signals were beamed directly from the school in Hua Hin to classrooms in remote, rural, and rugged areas across the country, giving opportunities to rural students to learn and engage in class activities simultaneously with the students at Wang Klai Kang Won School.

For many years, the project has tackled the scarcity of teachers problem as well as given students in rural areas the chance to learn from the best teachers. King Rama IX even taught some classes himself. On Oct 6, 2001, he taught students at Baan Kaotao Municipality School in Tambon Nong Kae in Hua Hin district about soil remedies. 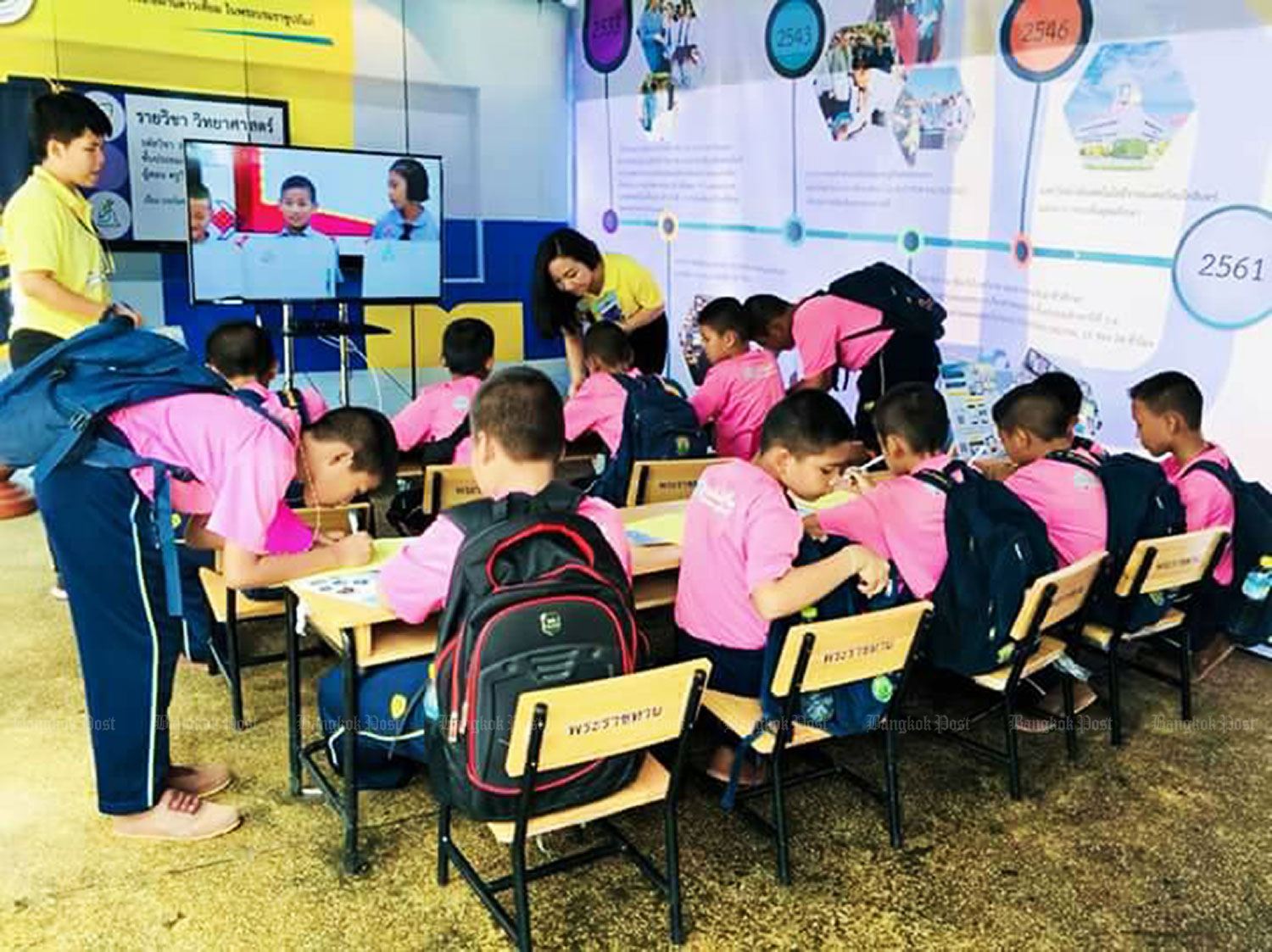 He also taught pupils about "Royal Rain" on Oct 30, 2001 and "Water Management" and the "Laem Phak Bia Environmental Research and Development Project" on July 15, 2004.

King Bhumibol was the world's only monarch who did this kind of teaching. His teaching was holistic, inter-disciplinary, thought-provoking and peppered with humour. The King used graphics, drawings and photographs he took himself as teaching tools. His teaching reflected his expertise in various academic fields ranging from science to arts. His Majesty was a source of inspiration to all students and teachers at Wang Klai Kang Won School.

"King Bhumibol was truly the teacher of people in Thailand. He taught his subjects everything from soil, water, forestation, to agriculture, economics, the sufficiency economy," said Attapon Truektrong, secretary-general of the Office of the Private Education Commission which now oversees Wang Klai Kang Won School.

Earlier this year, when the Covid-19 pandemic forced school closures and postponements in starting new terms, DLTV played an important role in ensuring continuity in education across Thai schools.

"Providing education during the outbreak has been a challenging mission for the Education Ministry, but we're lucky that we have DLTV. It was our main fallback during that difficult period. Thanks to the late king's vision, we were able to provide our students with an education," Mr Attapon said.

During that period, three DLTV channels were devoted to kindergarten level, while 10 covered elementary to secondary schooling, including one channel for non-formal education. Students could also access live lessons through e-learning and "Video on Demand" at www.DLF.ac.th and through the application "DLTV on mobile" on iOS and Android mobile devices.

The project marks its 25th anniversary of broadcasting to the public on His Majesty King Bhumibol's birthday, today. In recognition of King Rama IX's contributions throughout his 70-year reign, the Education Ministry gave him the title "Teacher of the Nation".

At present, a huge number of schools in Thailand as well as Cambodia, Laos, Myanmar, Vietnam, China and Malaysia participate in DLTV. The project has also seen collaboration with Oregon University in training Thai teachers in English, mathematics and science.

The DLTV programme has also seen the distribution of teaching materials for Thai-language classes on Sundays at Wat Pa Dhammachat in Los Angeles.

"The late king's hard work and monumental role in promoting education speaks for itself. On Dec 5, we should remember His Majesty the late King's wisdom and teachings. I believe that if we embrace his educational philosophy, we will be able to produce a level of education that serves the development of Thailand," Mr Attapon said.

Driving away the smoke