A Chinese-made Bombardier Innovia APM 300 automated people-mover for the Gold Line is seen at Krung Than Buri station on Oct 8. (Photo by Apichart Jinakul)

Thailand’s first driverless mass transit line will start running on Wednesday while another line linking Greater Bangkok will be fully operational on the same day.

Prime Minister Prayut Chan-o-cha will preside over the launch of the BMA Gold Line and the opening of the last leg of the Green Line, government spokesman Anucha Burapachaisri said on Saturday.

The Gold Line connects with the Dark Green or BTS Silom Line at the Krung Thon Buri station. It runs from there to the Khlong San station.

A secondary link supporting mass transit in the capital, it is the country’s first automated guideway transit or automated people mover line.

Its first 8km phase to open on Wednesday consists of three stations — Krung Thonburi, Charoen Nakhon and Khlong San. Ridership is projected at 42,000 trips per day, with easier access to the Iconsiam shopping centre expected to be a major draw. The line links to all modes of land transport — on wheels, rail and Chao Phraya River ferry, Mr Anucha said.

For the second phase, the line will be extended 1km along Somdet Chao Phraya Road to connect with the future MRT Purple Line southern extension with a planned opening in 2023.

When completed, it will connect Krung Thonburi BTS station with Prajadhipok Road in Thon Buri District, a total of 2.68km.

The line was not part of the mass transit master plan. It was proposed by the owners of Iconsiam in 2015 to provide a feeder service to the new mall. The cabinet approved the project in September 2016.

Krungthep Thanakom, a company set up to conduct commercial business for the Bangkok Metropolitan Administration, handled the design and development of the line.

The project cost of 3.8 billion baht was fully funded by Siam Piwat Co Ltd, the owner of Iconsiam. All advertising revenue and operating profits will be collected by it during the 30-year concession period.

In addition to the debut of the Gold Line on Wednesday, the last section of the Green Line will be operational, completing a commuter network linking three provinces — Pathum Thani, Bangkok and Samut Prakan.

With the opening of the section, the Green Line will have 59 stations serving an estimated 1.5 million trips a day.

Of the planned 14 mass transit lines in the capital totalling 553.4km, nine are now operational.

According to Mr Anucha, starting next year, new sections will open every year. They include:

Mr Anucha said 1.5 trillion baht had been invested in rail system development, from electric, dual-track and high-speed rail to new routes across the country. 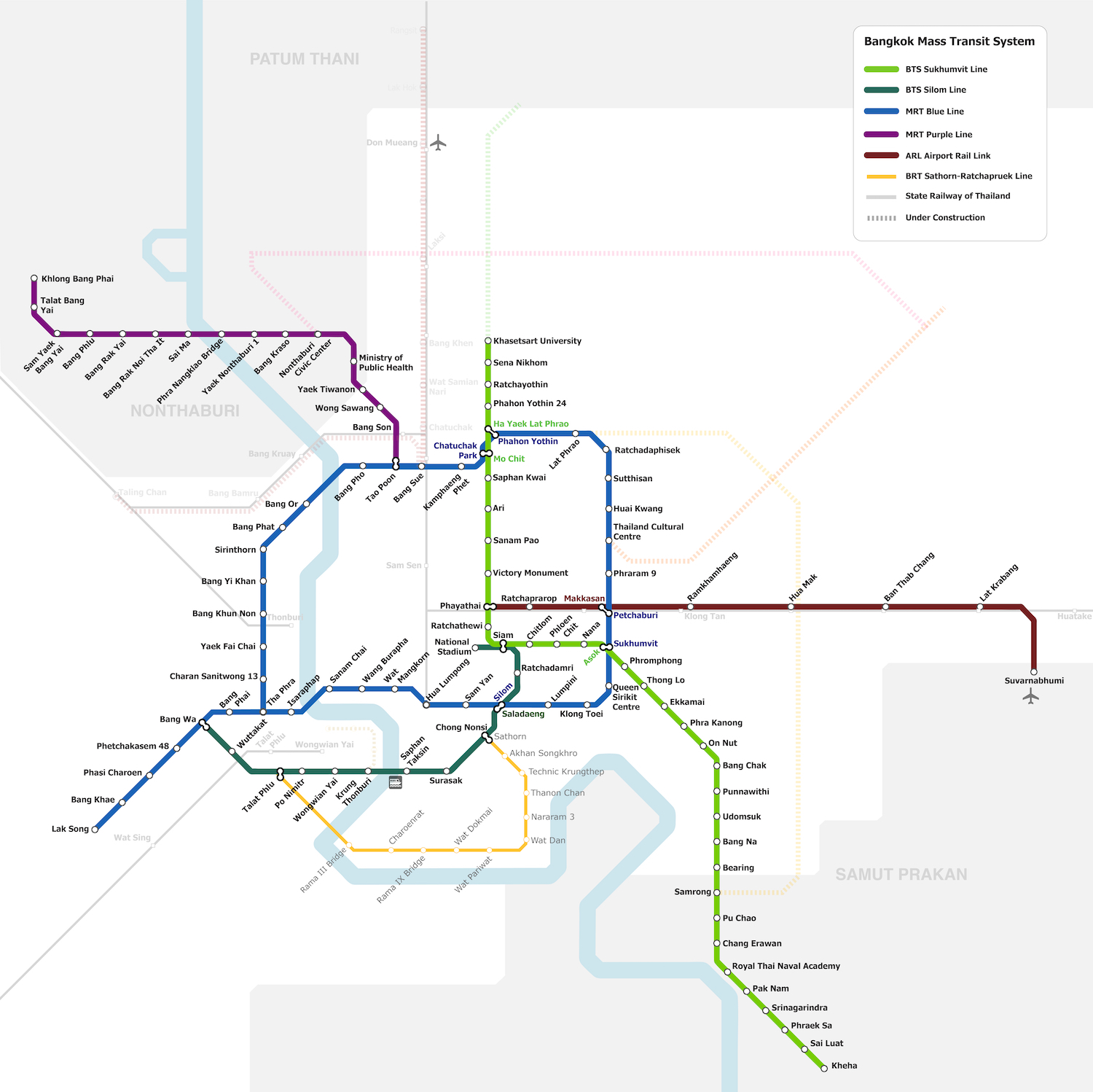 A map shows the mass transit network as envisioned in the original master plan. That plan did not include the Gold Line, which was proposed and funded by the owners of the Iconsiam shopping centre.