THE COLOUR OF MONEY: Commemorative banknotes marking the Royal Coronation Ceremony of 2019 make their debut on Saturday. The set comprises 1,000-baht and 100-baht notes.

Commemorative 100-baht banknotes have raised concerns that they could be mistaken for 1,000-baht notes.

Social media on Saturday was abuzz with photos of new 100-baht commemorative banknotes which sport a gold motif, instead of the regular red colour.

The commemorative notes were issued by the Bank of Thailand (BoT) on Saturday to mark the Royal Coronation Ceremony of 2019. The front of the note depicts His Majesty the King while the back shows images reflecting the ceremony.

The set comprises two denominations, 1,000 baht and 100 baht, and the latter can be withdrawn from designated automated teller machines (ATMs) across the country.

Many people who withdrew cash from the machines were taken by surprise when they saw the gold 100-baht notes, instead of the regular red notes. The central bank assured the notes are as legal tender as the red 100-baht ones.

According to social media, some people were concerned about a possible mix-up because the colour of the 100-baht commemorative notes is close to that of the 1,000-baht notes that use the brown colour.

The 1,000-baht commemorative notes have a vertical orientation.

According to the BoT, the 100-baht and 1,000-baht commemorative banknotes are available for exchange at all commercial banks. 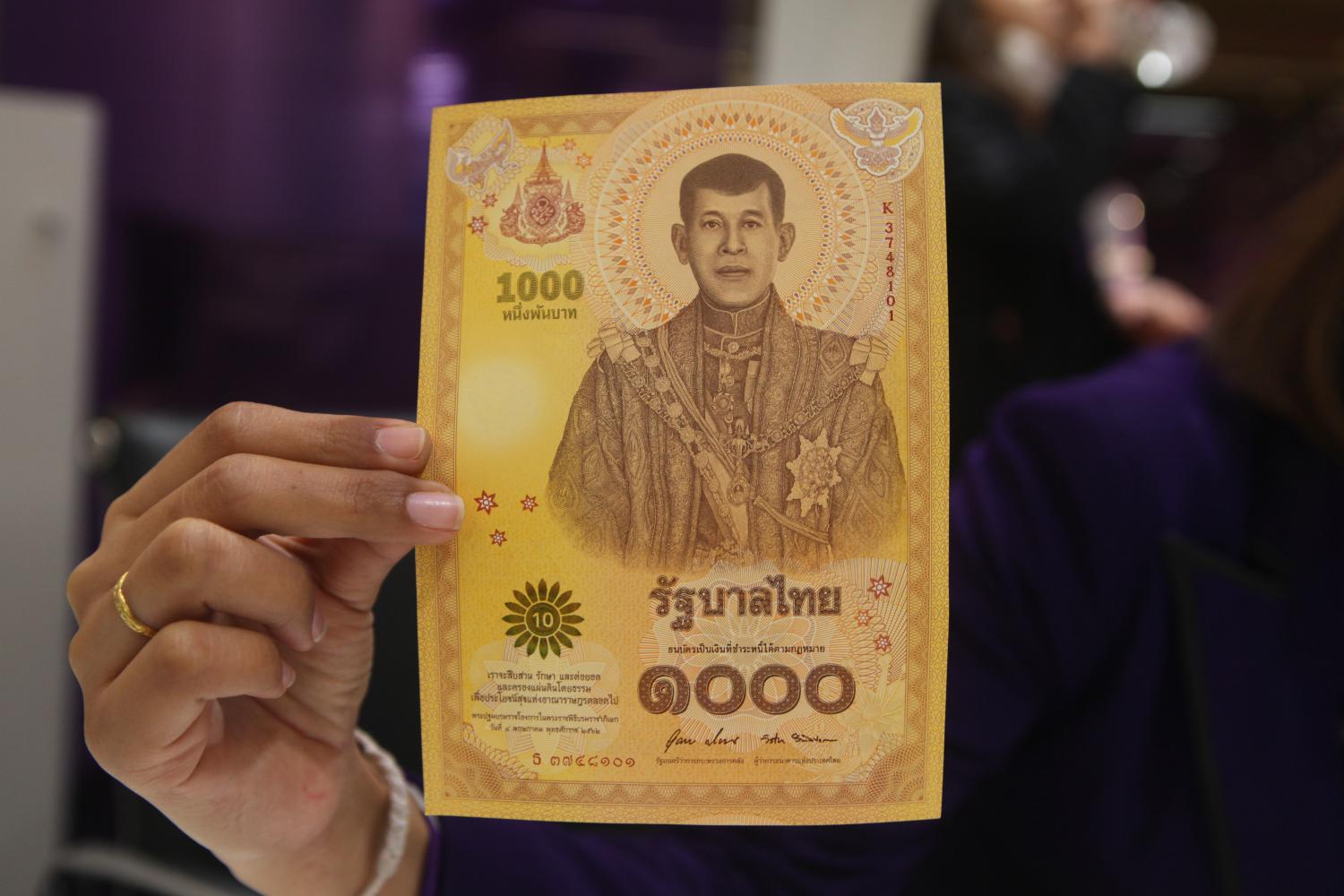 THE COLOUR OF MONEY: Commemorative banknotes marking the Royal Coronation Ceremony of 2019 make their debut yesterday. The set comprises 1,000-baht and 100-baht notes. The front shows His Majesty the King while the back shows images from the ceremony. 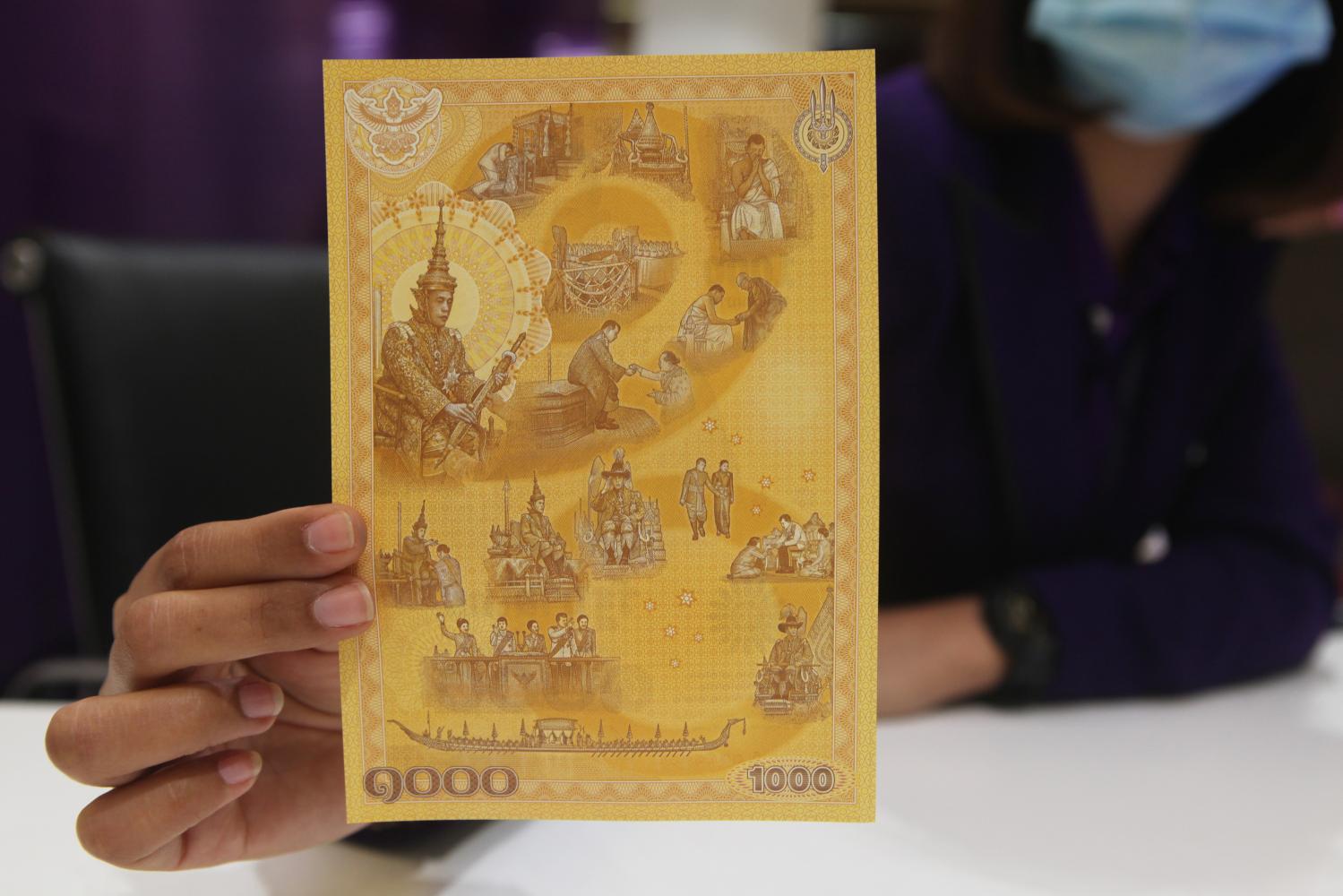