The new station for electric trains only will open next year. (Photo by Chanat Katanyu)

Both facilities are scheduled to open to the public next year.

Gen Prayut, accompanied by cabinet ministers, went to the 89%-complete Bang Sue Grand Station in northern Bangkok on Tuesday afternoon. The group later got on a train from there to Rangsit station.

Gen Prayut said he was counting on both the Bang Sue Grand Station and the Red Line to help relieve traffic congestions, upgrade the quality of life for people in Greater Bangkok and promote commercial development of land along the railway.

“It is one of the projects under the national strategy. We have promoted rail system and we will become an Asean hub

“The station is not inferior to world-class train stations, including those in England and France. Thailand will be the largest rail hub in Asean,” he said. 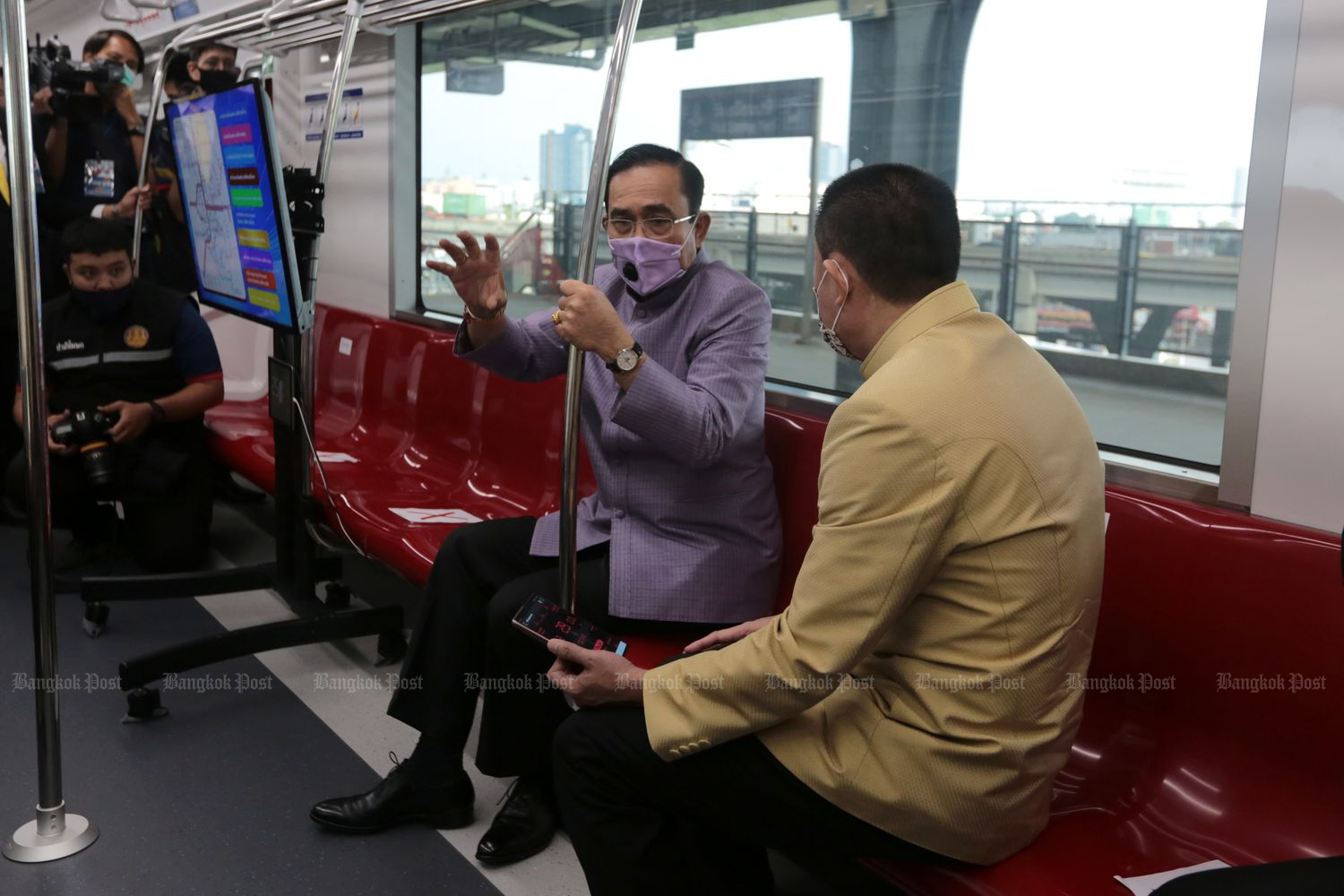 Operated by the State Railway of Thailand, the planned 87km Red Line suburban railway system serves Bangkok and four adjoining provinces. Most of the railway will run alongside existing national railway tracks, eventually replacing them.

The new Rangsit-Bang Sue section has 10 stations. It is elevated for a distance of 19.2km from Bang Sue to Don Mueang stations and reverts at ground level for 7.1km from Don Mueang to Rangsit stations.

Scheduled to open in November next year, the 34.1-billion-baht Bang Sue Central station is located on 487 rai, it has utility space of 274,192 sq m, compared to 192,000 sq m of the Hua Lum Phong station. It took eight years to complete.

A test run will be conducted from March next year and a public trial begins in July before it is fully opened in November.

The station, serving only electric trains, has 24 platforms — four for suburban trains, eight for long-distance trains, 10 for high-speed trains and two for the extended section of Airport Rail Link.

The new station supports all modes of transport, linking with the Sri Rat-Western Outer Ring Road Expressway and Don Muang Tollway. It also connects with ferry services on the Chao Phraya River at Bang Po pier through the Blue Line.

As well, the station is a depot for the planned high-speed training linking three airports — Don Mueang, Suvarnabhumi and U-Tapao. 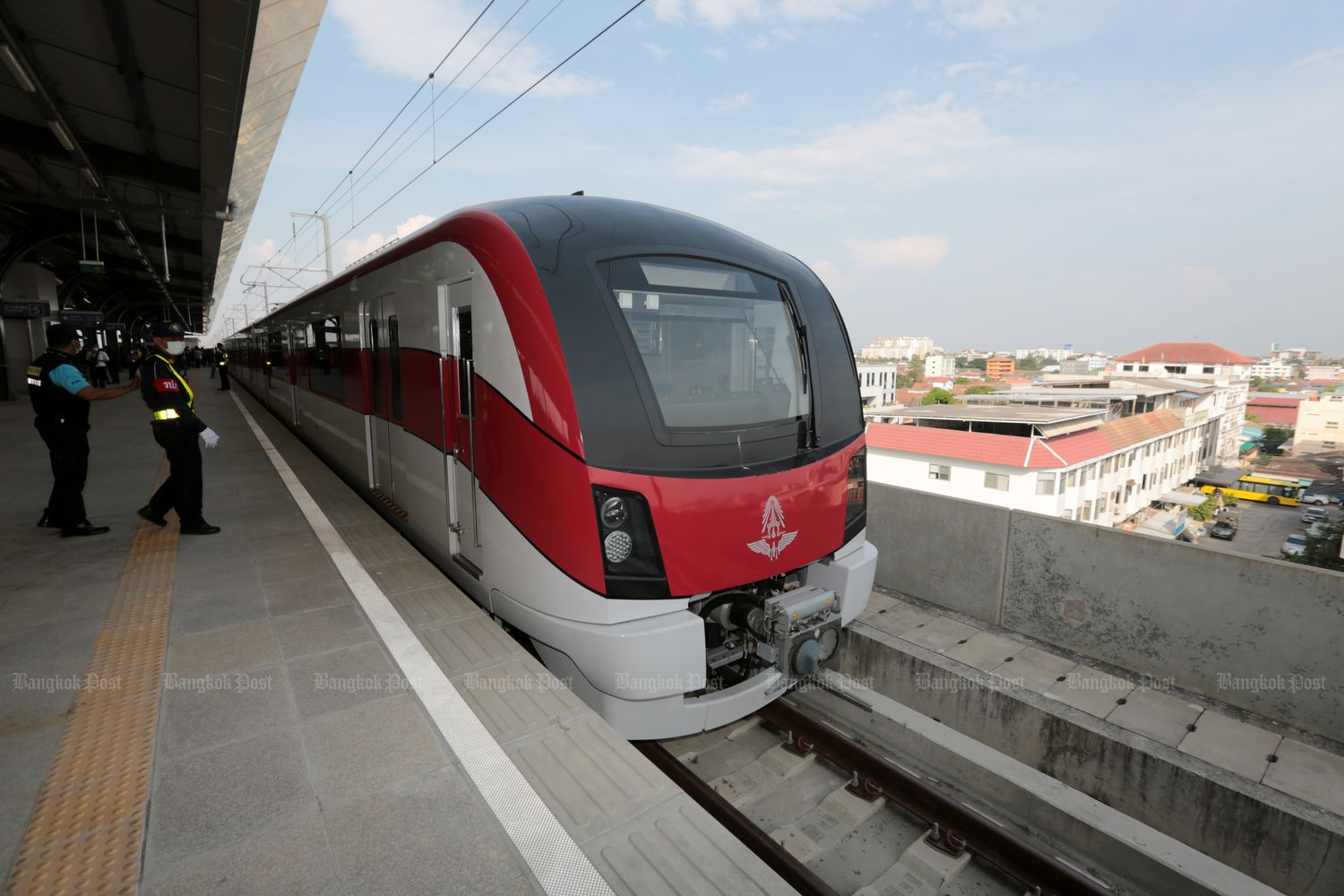 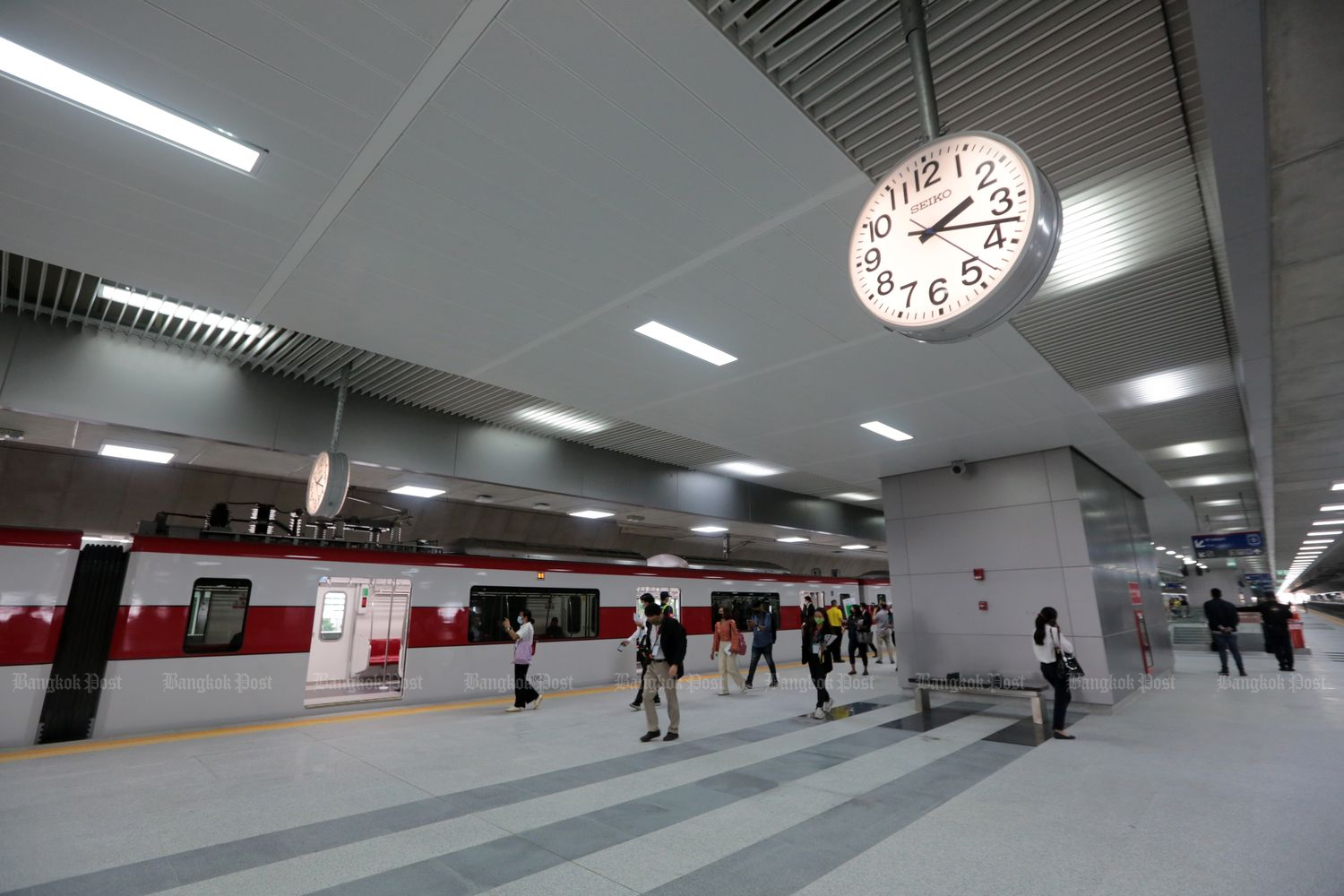