A Red Line train stops at Bang Sue Grand Station ready for the cabinet to board yesterday in a special test run from Bang Sue to Rangsit.

He was speaking while leading cabinet members on a visit to the central station and inspecting progress in the final phase of construction.

Aside from being the country's rail transport nerve centre, the central station will also play a crucial role in developing the country, boosting the economy, and promoting trade, investment and urbanisation, the prime minister said.

The land around Bang Sue Grand Station is being developed for commercial purposes along with the ongoing development of the country's rail transport system, he said.

"In the long term, it [Bang Sue Grand Station] will become a driving force in Thailand's ambition to become the largest rail transport hub of Asean," said the PM.

When Thailand has this transport centre in place, the country will be better able to compete with other nations in terms of economic development while improving the quality of life of the people through modernised rail transport, he said. 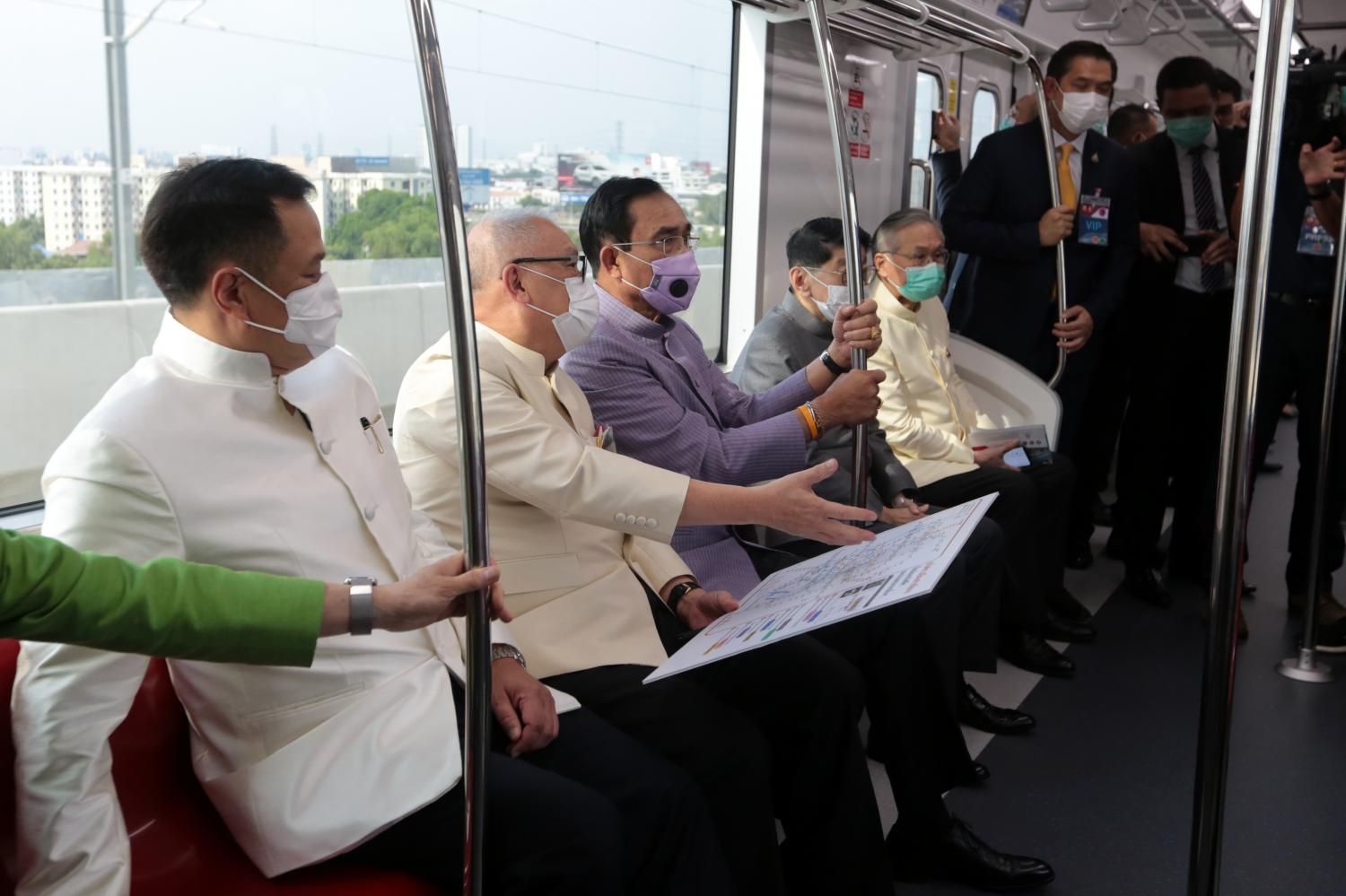 Prime Minister Prayut Chan-o-cha along with other cabinet ministers travel on a Red Line train yesterday.

Bang Sue Grand Station is well-positioned as the country's new landmark, said Gen Prayut who likened the new landmark to the Eiffel Tower in France.

Bang Sue Grand Station will serve as a hub out of which seamless connections will be made with all forms of train transport between Bangkok and the surrounding areas as well as the rest of the country, said Transport Minister Saksayam Chidchob.

At the central station, passengers will be able to switch from trains, either on long-haul services or high-speed trains, to electric trains to the main airports or to other destinations in Bangkok and the surrounding provinces, he said.

The Transport Ministry has assigned the State Railway of Thailand (SRT) to study the commercial utilisation of land around the station. This will be done alongside plans to maintain the pace of rail transport development.

The SRT now expects to begin operating the new transport network out of the central station by November next year, he said. 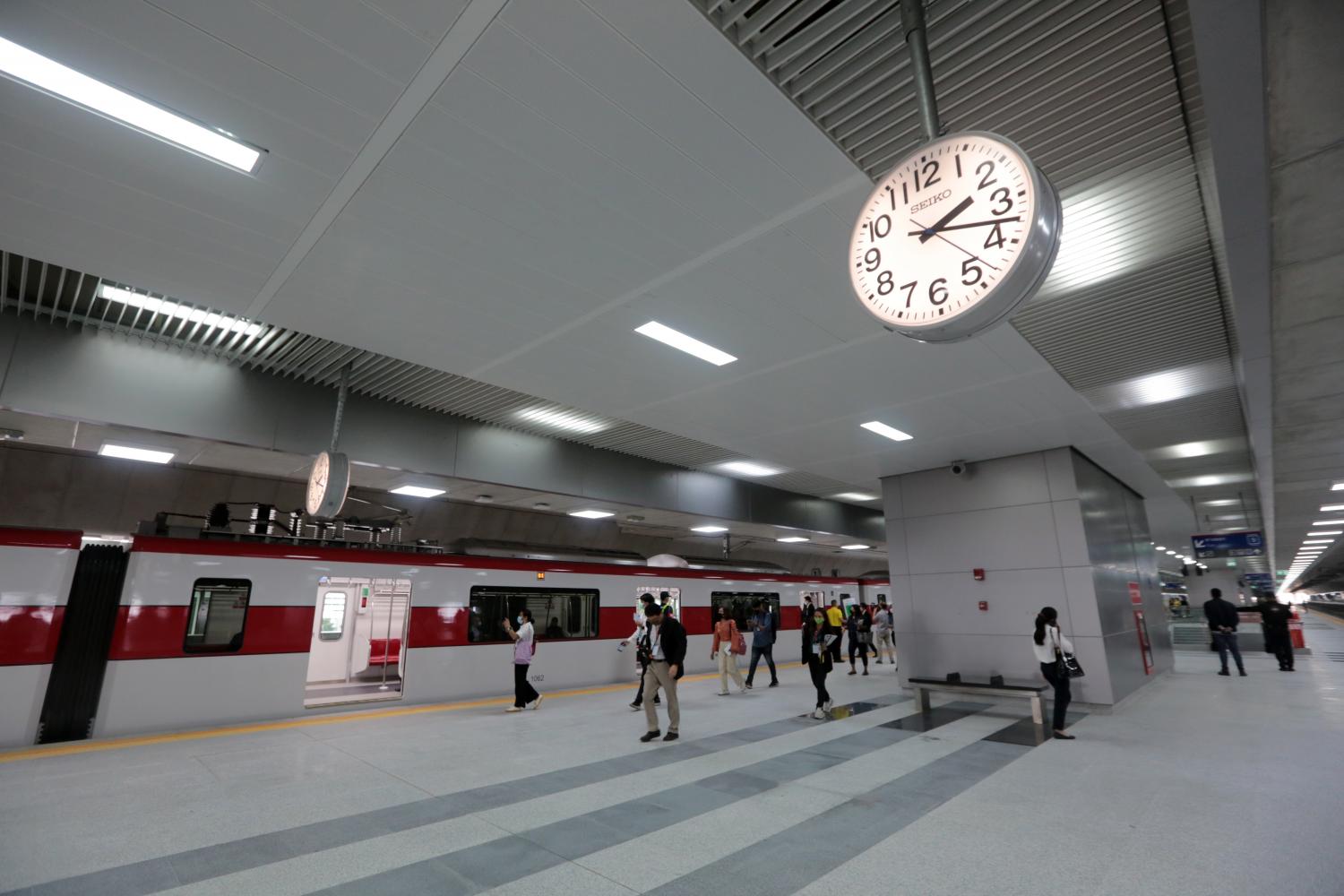 A general view of the platform at Bang Sue Grand Station. photos by Chanat Katanyu