Gamblers, not all wearing face masks, caught during a raid in Bangkok's Laksi district on Monday night. A total of 94 people, Thais and foreign nationals, were arrested. (Photo: Central Investigation Bureau)

The Metropolitan Police Division 2 chief and five senior officers at Thung Song Hong police station have been transferred and face an inquiry into alleged negligence of duty following a raid on a gambling den in Laksi area in which 94 people were caught.

The order came after a Central Investigation Bureau-led team raided a gambling den in Thung Song Hong area of Laksi district on Monday night and detained 94 people, Thais and nationals from neighbouring countries.

All suspects were taken to Thung Song Hong police station. Officials from the Department of Disease Control were to test them for Covid-19 infection. 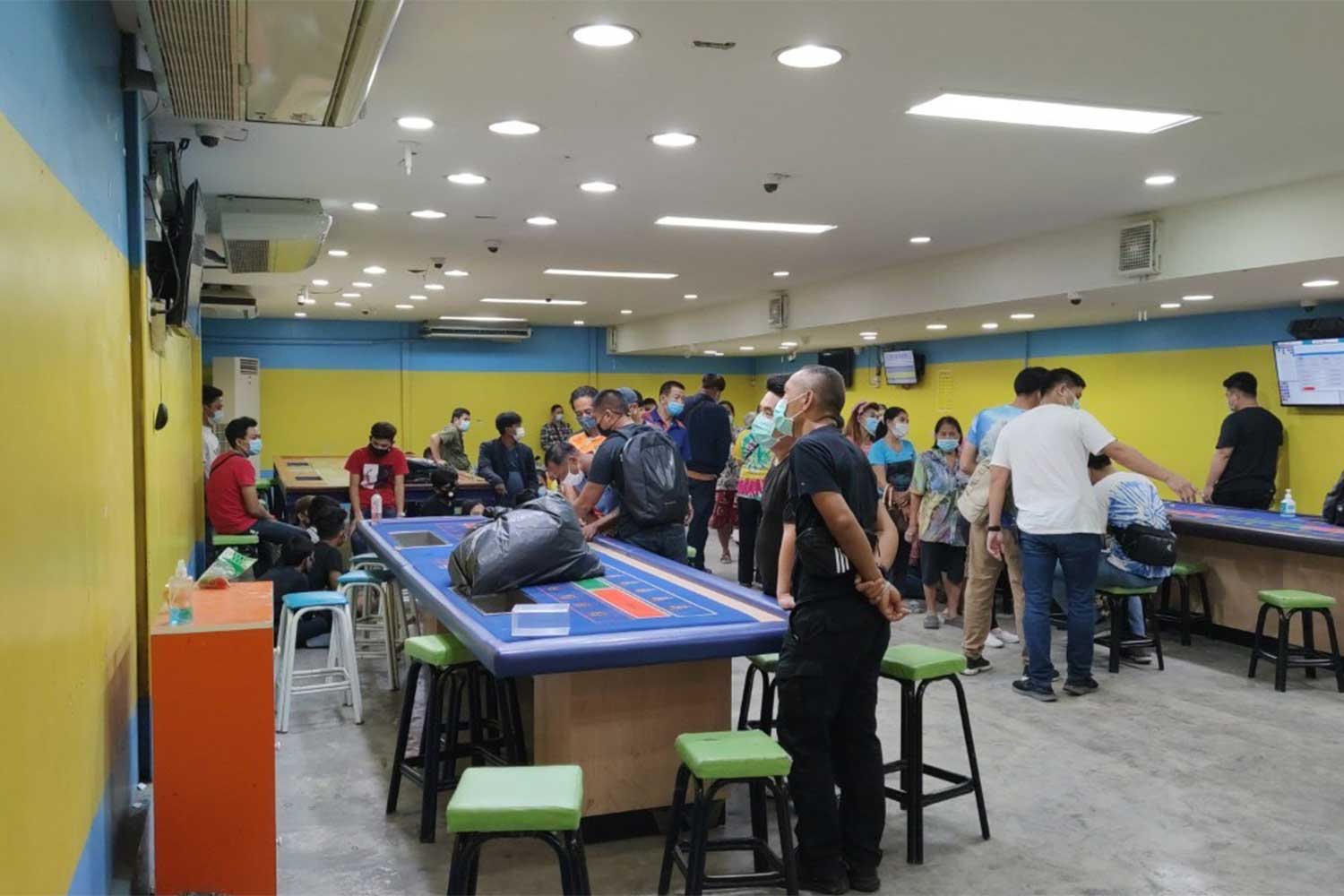 They found many people placing bets on high-low dice and card games. Some wore face masks, others did not.

A total of 94 gamblers and casino staff were taken into custody - 77 Thais (40 men and 37 women) and 17 foreign nationals (7 from Myanmar, 6 from Cambodia, 3 from Laos and one from Vietnam).

Twenty-seven of the arrestees were operating the casino, 13 of them foreigners.

Pol Lt Gen Torsak Sukwimol, CIB commissioner, said the gambling den was run by a man identified by the initial "Sor". It had apparently been operating for a while before it was reported to police and raided, he said 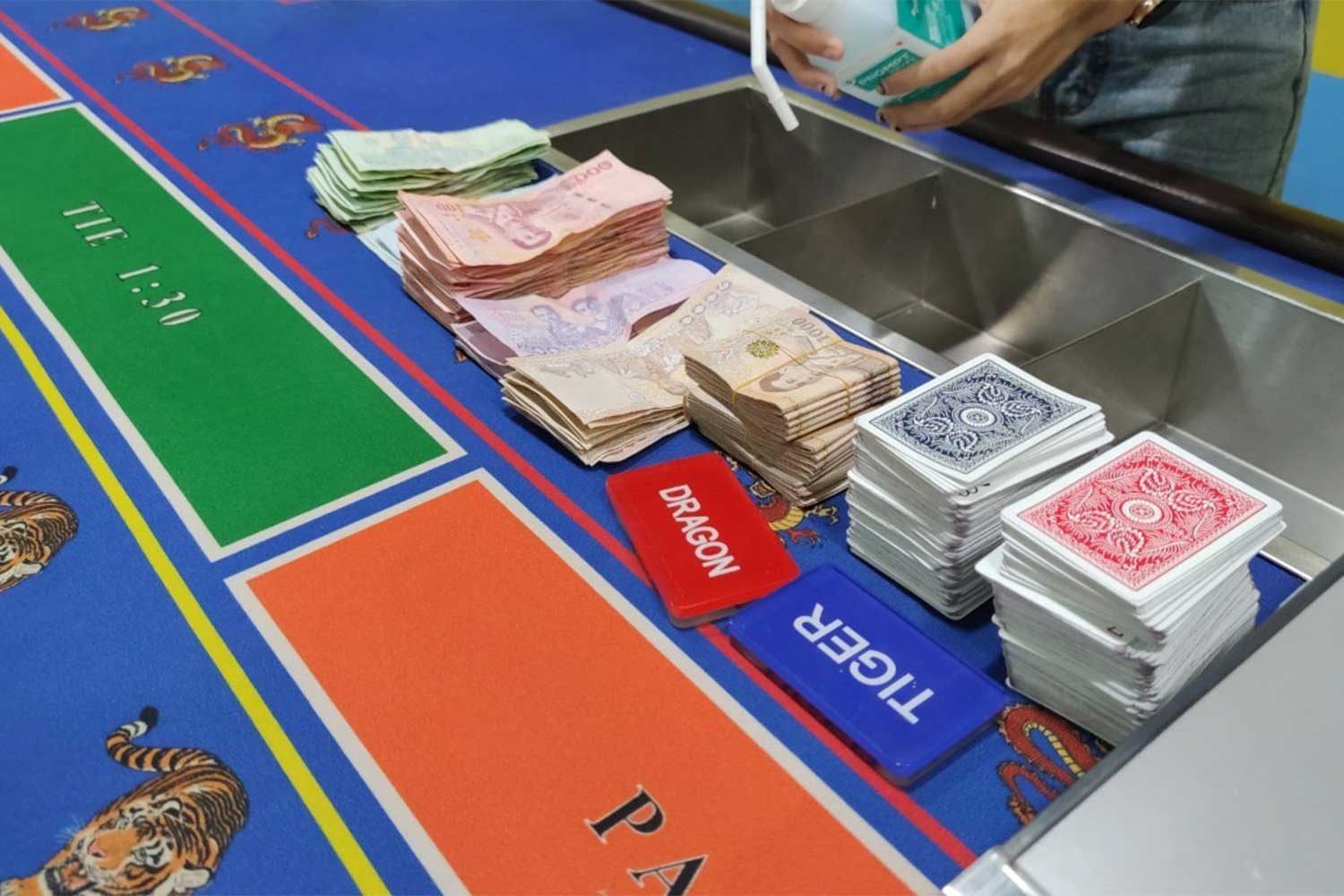 Cash, gambling cards and other items are seized during the raid. (Photo: Central Investigation Bureau)