Packages containing 500kg of crystal meth and other drugs were found hidden inside phone booth call boxes in these containers, during a raid on a house in Khon Kaen on Tuesday. (Photo: Narcotics Suppression Bureau)

Half a tonne of crystal methamphetamine, 1.2 million speed pills and other drugs were found concealed in phone booth call boxes ready for delivery from the Northeast to the South of Thailand.

They were among 11 suspects arrested in six cases in which a total of 500 kilogrammes of crystal methamphetamine, 1.79 million meth pills, 1.5kg of cocaine, 1kg of ketamine and 200 ecstasy pills were seized, Pol Gen Manu Mekmok, deputy national police chief, told reporters on Wednesday. (continues below) 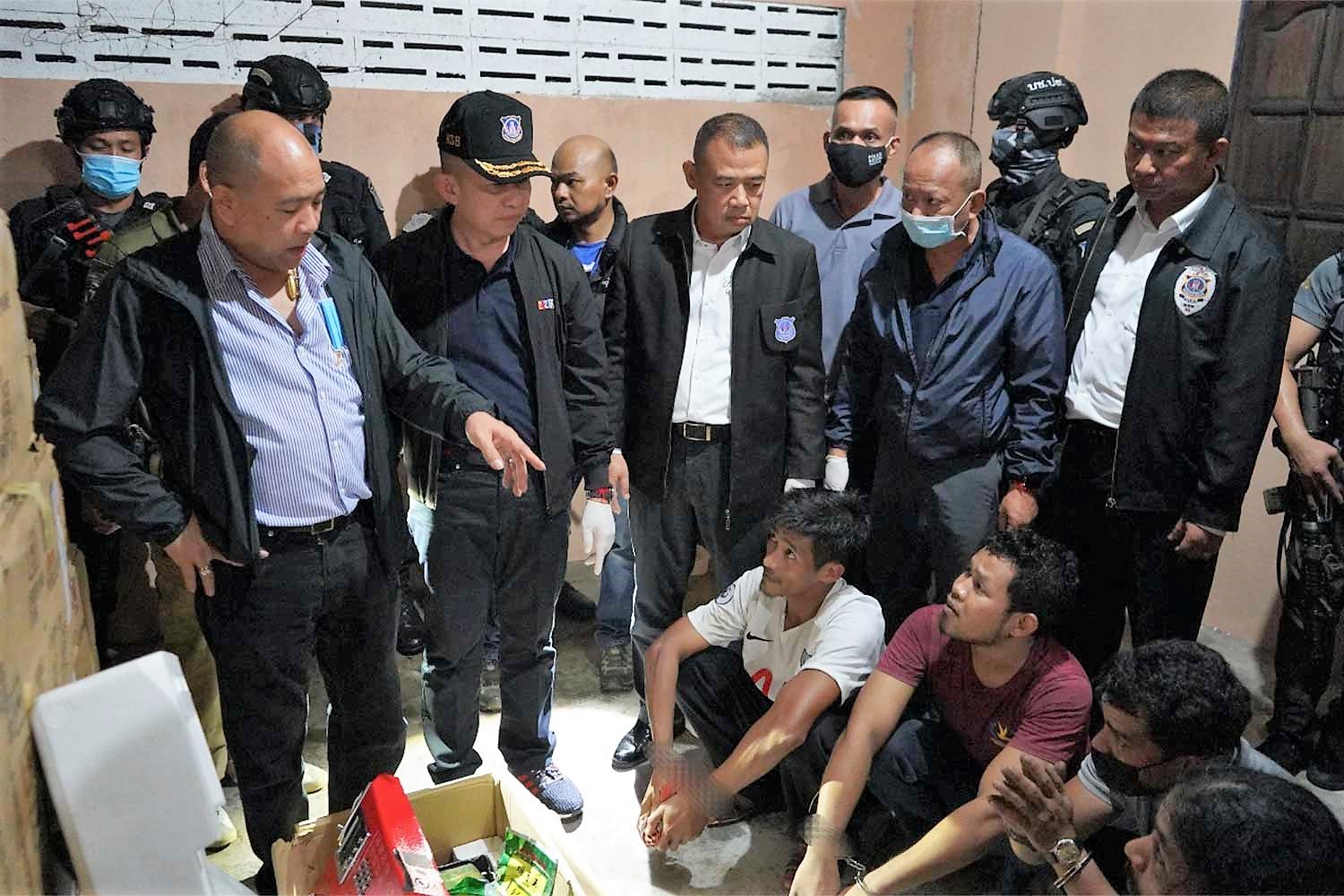 Suspects arrested during a police raid on a house in Khon Kaen province in which 500kg of crystal methamphetamine, 1.2 million speed pills and other drugs were found hidden in 154 phone booth call boxes. The drugs were destined for the South. (Photo: Narcotics Suppression Bureau)

Pol Lt Gen Montri Yimyaem, the NSB chief, said the six suspects were members of a major drug smuggling gang in the Northeast.

The gang had previously used many other ploys to hide drugs, concealing them in car engines, exercise equipment, loud speakers and other goods shipped to the South.

NSB investigators had closely monitored the gang's operations and learned they planned to hide a major shipment inside phone booth call boxes, which were to be trucked as  commercial freight from the Northeast to the South via the Central Plains.

All were charged with having illicit drugs in their possession and were held in custody at the NSB for legal action. 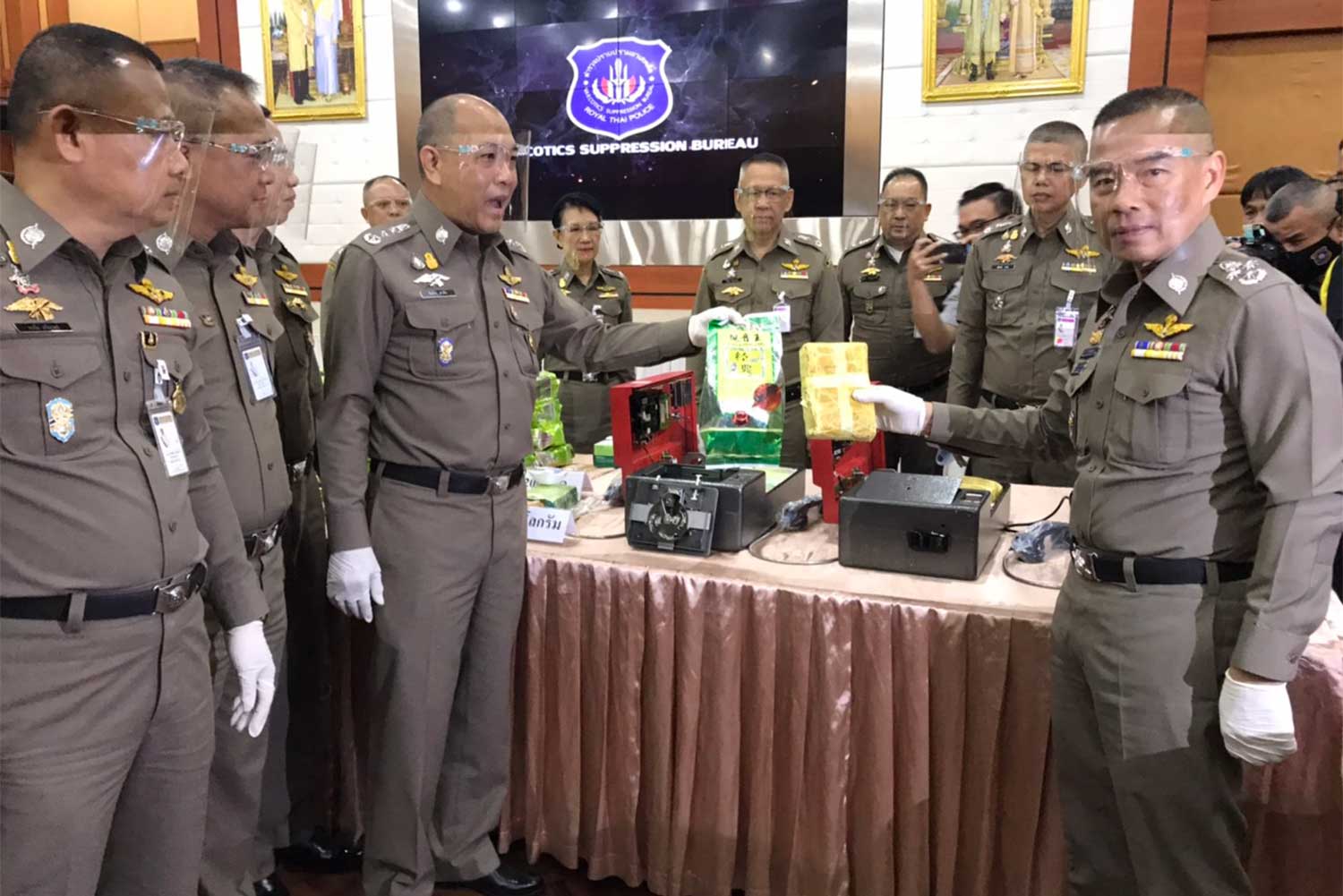