Passengers wait for a train to depart from Hua Lamphong railway station in Bangkok on Wednesday as people continue to leave the city to celebrate the New Year holiday back home with their families. Passengers are required to wear face masks at all times while on board to help curb the spread of Covid-19. (Photo: Wichan Charoenkiatpakul)

Tuesday, the first of the "seven dangerous days" of the New Year period for Thailand's roads, claimed 43 lives.

The Road Safety Directing Centre says there were 414 road accidents across the country on that day, with a further 438 people being injured.

Tuesday marked the start of the busy New Year period, with the exodus of many people from Bangkok expected to slow traffic flows.

Chiang Mai reported most injuries (17) and Maha Sarakham the most road accidents (15). The biggest causes of accidents were speeding and drunk driving, said Pol Gen Damrongsak.

Motorcycles topped vehicles most commonly seen in accidents, he said, adding that a total of 44,657 arrests had been made nationwide.

Of the 210 traffic offenders to have already appeared in court by Tuesday night, the most common charges were drunk driving, driving under the influence of illicit drugs, reckless driving and driving without a licence.

Pol Gen Damrongsak said traffic checkpoints were already up and running and in many provinces these were also manned by healthcare workers amid the Covid-19 outbreak.

He added that a regulation had also been been introduced banning or limiting lorries from using the roads over the New Year holidays. 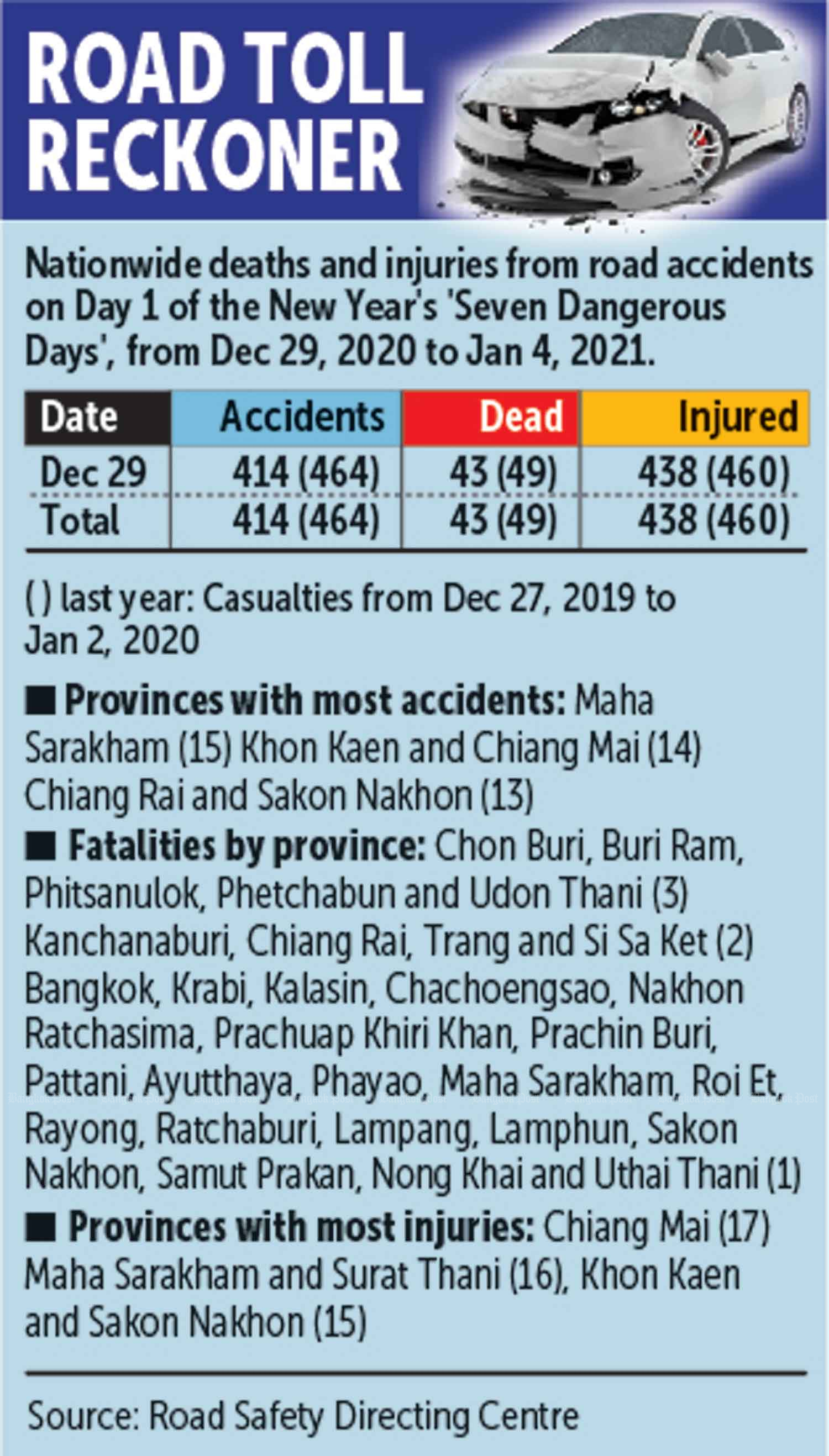