The government is to take extra measures to help more than 40 million people affected by the latest Covid-19 outbreak. 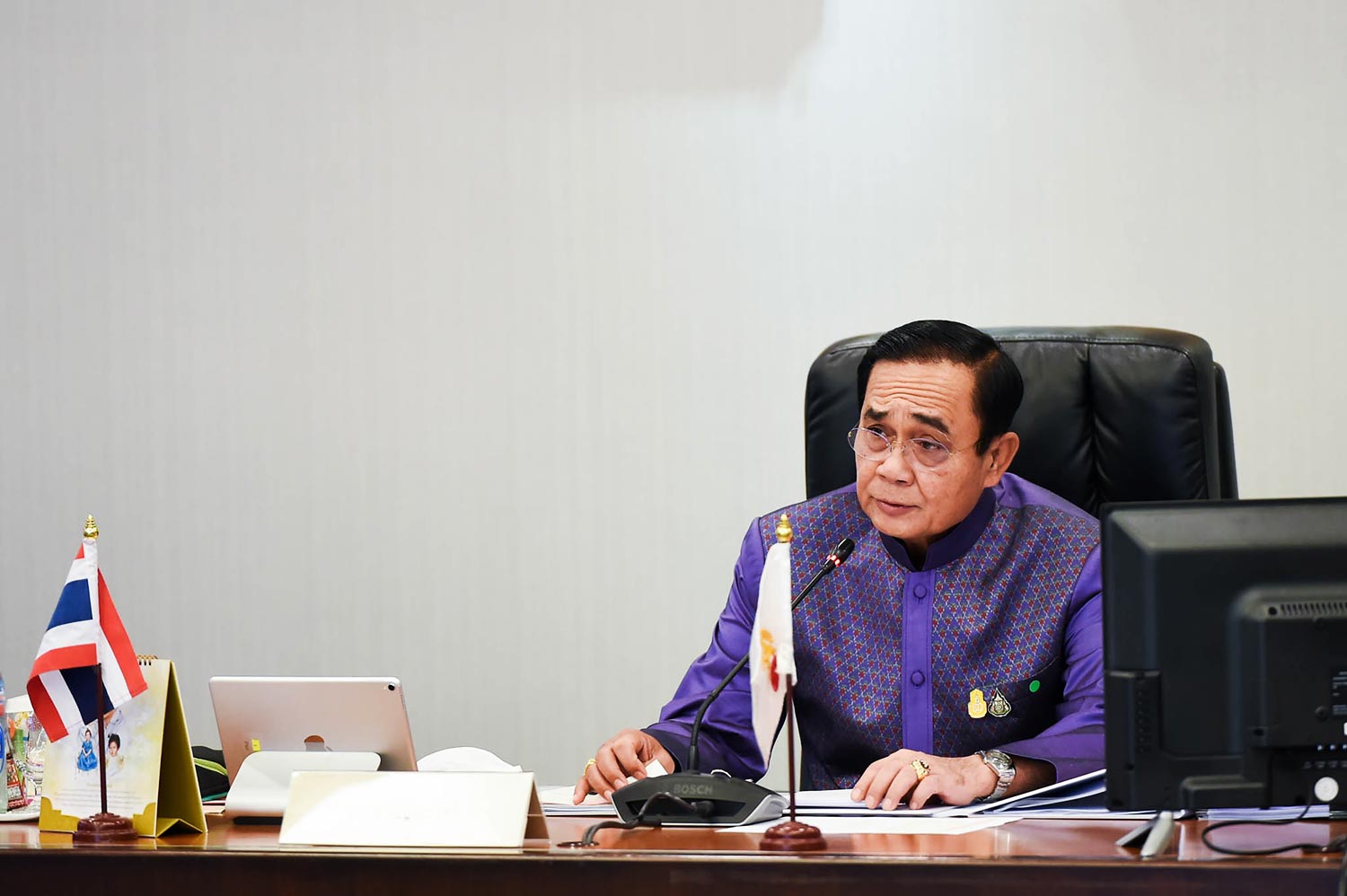 Ministers on monitors: Prime Minister Prayut Chan-o-cha chairs a cabinet meeting via video conference at Government House yesterday. A plan to roll out additional measures to help people affected by the recent surge in Covid-19 cases was among topics under discussion. (Photo: Government House)

Prime Minister Prayut Chan-o-cha said after his cabinet's weekly meeting yesterday that he had instructed the deputy prime minister in charge of economic affairs, the Finance Ministry, the National Economic and Social Development Council and the Budget Bureau to find additional measures to ease the economic impact caused by the new wave of infections.

"Additional measures will be implemented within two months to help 40 million people," the prime minister said.

Existing relief measures would also be expanded, the PM said, adding the government had enough money to help those affected.

Earlier the government faced criticism from the public and opposition parties that it was not doing enough to help those affected by the first wave of Covid-19.

Government spokesman Anucha Burapachaisri said measures to help those affected by the new surge of infections would be different from the first outbreak. That was because the government had not this time imposed a nationwide lockdown, only tightened restrictions in some areas. 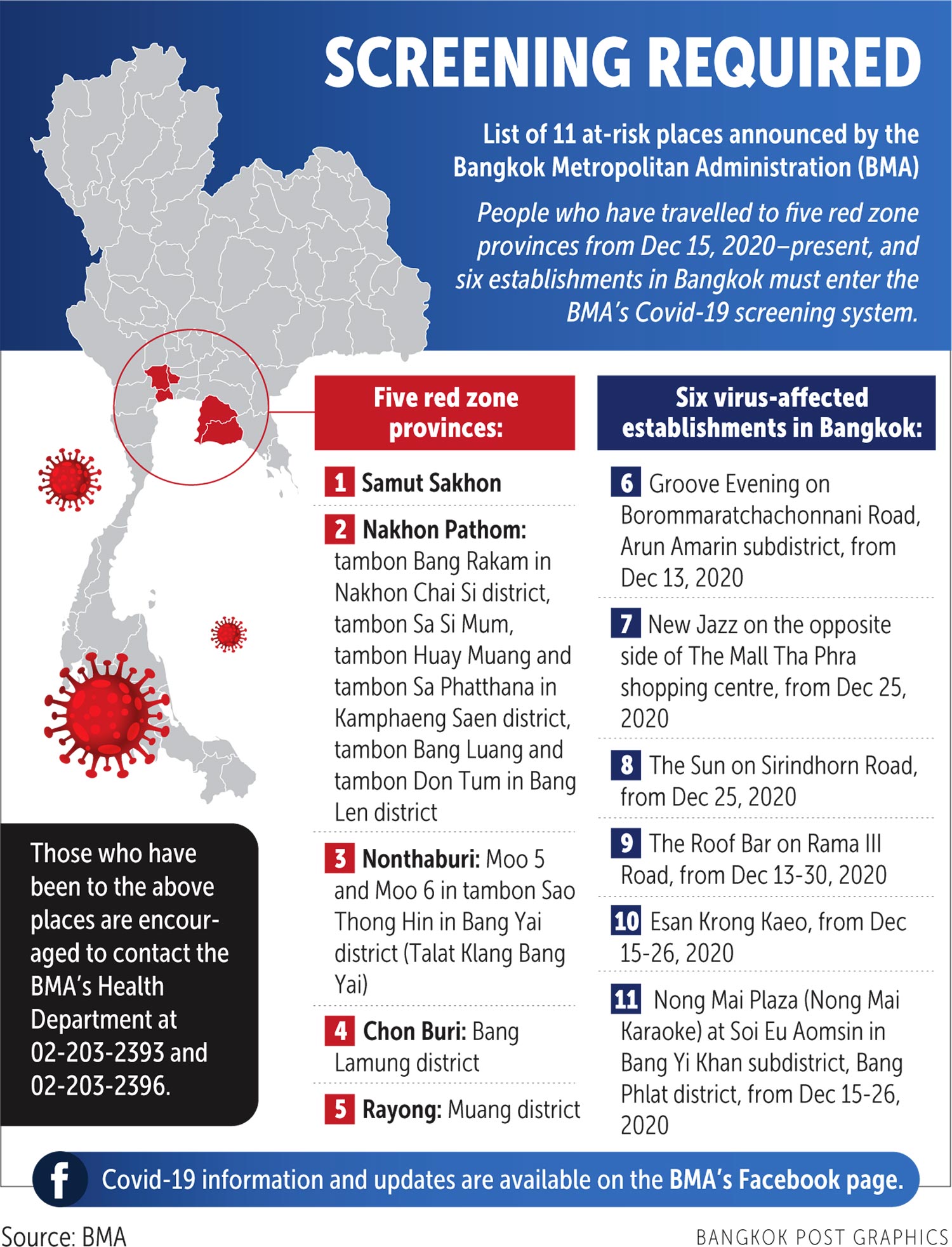 The cabinet did not discuss cash handouts as it did in the first outbreak, when three million virus-affected temporary employees and self-employed workers received financial aid of 5,000 baht per month for three months.

Yesterday's cabinet meeting agreed that some existing relief measures should be reviewed and their deadlines extended.

They include the 50/50 co-payment scheme -- it subsidises half the cost of purchases, known as Kon La Krueng, and expires on March 31. Also discussed was the tourism stimulus campaign known as Rao Tiew Duay Kan (We Travel Together), which expires on April 30.

Thai tourists who make hotel bookings under the We Travel Together scheme will be able to postpone or cancel their reservations. That follows restrictions imposed on interprovincial travel as a result of the new wave of Covid-19 infections, he said.

Details will be discussed again at a meeting of the Centre for Covid-19 Situation Administration (CCSA) later this month.

Gen Prayut rejected a proposal to seal off five provinces to stop the spread of Covid-19 disease, despite the recent surge in infections.

The PM said the government had no plans to lock down Samut Sakhon and the four eastern provinces of Chon Buri, Rayong, Chanthaburi and Trat.

The proposal, intended to curb the latest wave of infections and including a travel ban, was made public by Deputy Public Health Minister Sathit Pitutecha on his Facebook page.

The five provinces will face tougher restrictions than the other 23 provinces which have been designated as maximum control zones, he added. "More checkpoints will be set up to check every single vehicle, and screen every single person", he said.

"This is not a lockdown but a tightening of restrictions."

The government yesterday recorded 527 new Covid-19 infections, taking the total to 8,966. The number of deaths remained at 65. The new cases included 439 migrant workers and 82 Thais. The other six were diagnosed while in state quarantine facilities.

The cabinet yesterday extended the state of emergency until Feb 28.