Rescuers find the Spanish couple who were lost in the forest on Koh Phangan in Surat Thani on Thursday. The search lasted more than six hours, concluding late Thursday night. (Photo: Supplied/Supapong Chaolan)

SURAT THANI: A Spanish couple became lost after going for a walk in a hilly forest on Koh Phangan and called for help, and were found after a six-hour search that extended late into the night.

The isiand's tourist assistant centre was informed by Tourist Police Hotline 1155 on Thursday around 4.30pm that two Spanish tourists who went to Khao Ra viewpoint in tambon Koh Phangnan had become lost in the forest.

A 50-member team of local and tourist police, national park officials and rescue workers was assembled and began a search for the lost couple.

More than six hours later, a relieved Jose Vicente Landuce, 41, and his wife Esther De La Fluente Hermandez, 39, were found near the waterfall stream, around 11pm. The couple were safe, with no injuries. (continues below) 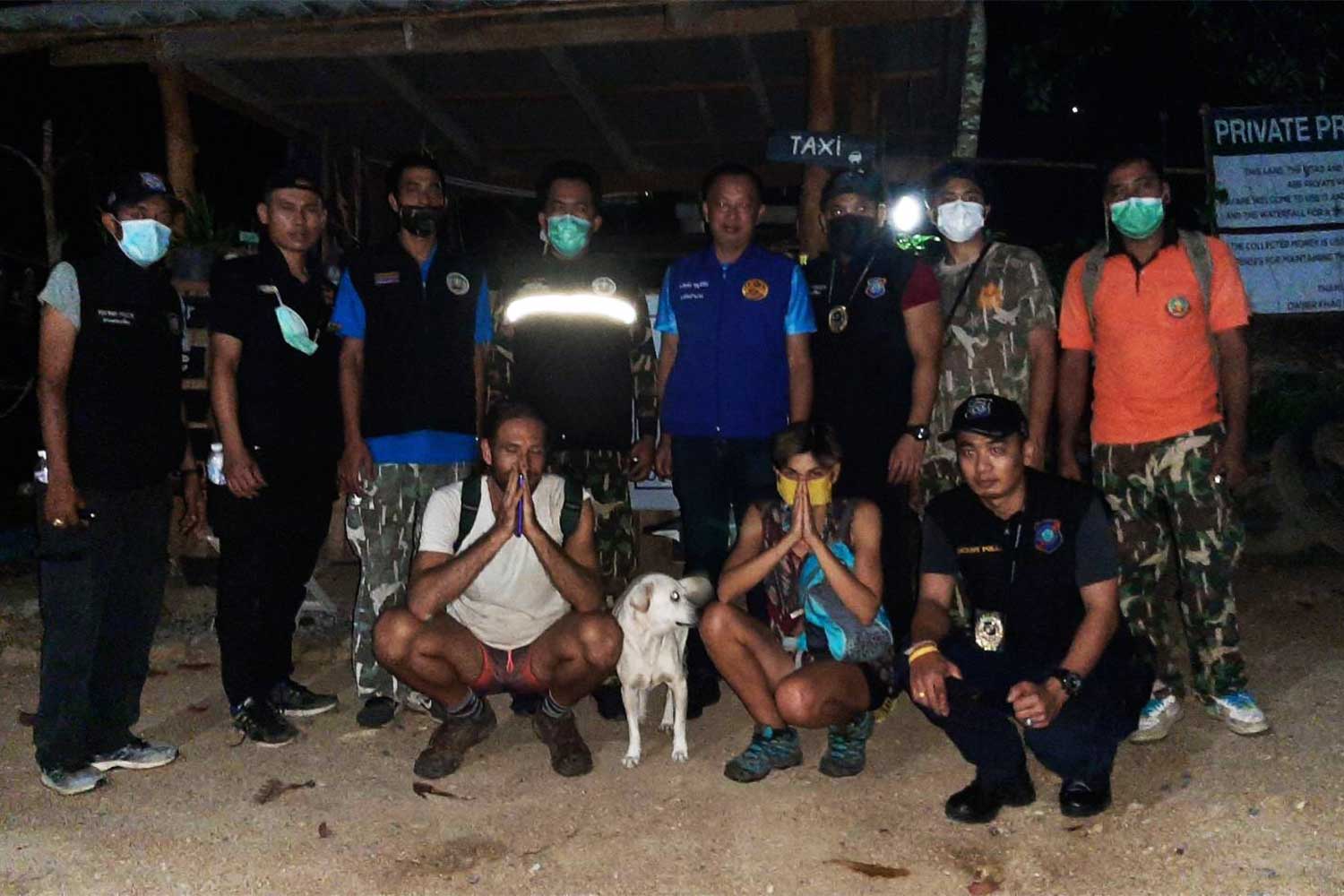 The two tourists pose for a photo with rescuers. (Photo by Supapong Chaolan)

They told police they went to Khao Ra viewpoint around 9am on Thursday and left in he afternoon, intending to return to their accommodation. Instead, they became lost in the forest.

The couple thanked all those involved in helping them.

Officials were ready to provide assistance to visitors at all times, despite the outbreak of Covid-19, the governor said.