A man sprays disinfectant at Klong Toey fresh market after it was temporarily shut down due to several vendors testing positive for the Covid-19 novel coronavirus, in Bangkok on Jan 14, 2021. (AFP photo)

Thailand on Sunday recorded 374 new coronavirus cases, bringing the total number of confirmed cases to date to 12,054. No new deaths were reported, leaving the accumulated total at 70.

Of the 374 new cases, 321 -- including 311 foreign nationals -- were found by active case-finding, mostly in Samut Sakhon. A further 43 cases were local transmissions found via the normal health system, and 10 new patients were recent arrivals from abroad.

The Centre for Covid-19 Situation Administration (CCSA) said the 43 new local infections were from Samut Sakhon (24 cases), Bangkok (10), two each from Ang Thong, Khon Kaen and Nonthaburi and one each from Ayutthaya, Suphan Buri and Tak.

The number of provinces recording Covid-19 infections during this second wave rose to 61 as three new cases were found in Phatthalung during active testing. Only 16 provinces have been left untouched.

The cases in Phatthalung were two Myanmar workers and one Lao labourer. They were sent to Bang Kaeo Hospital in Bang Kaeo district for treatment, according to the CCSA.

In Trang, two male Myanmar nationals working in a rubber processing factory were found to have the virus during active case-finding.

CCSA spokesman Taweesilp Visanuyothin said authorities are tracing their recent movements in order to identify those they may have infected.

More cases could be reported as public health authorities conduct tests in factories in many provinces, he added.

Dr Taweesilp said unregistered illegal migrant workers, estimated to number 50,000, could potentially spread the virus if they or their employers avoid testing for fear of legal action against them.

"As most of them are young, they could be infected without showing symptoms and spread the virus to others," he said.

The spokesman urged them to register with the Labour Ministry’s Employment Department, or have their bosses do it, before the current amnesty ends.

The government is allowing illegal migrant workers from Cambodia, Myanmar and Laos to register online with the department from Jan 15-Feb 13 with no penalties. The amnesty programme is intended to allow authorities to monitor their health.

Once registered, a worker will be entitled to live and work in Thailand for two years — along with a dependent, who must already be in Thailand and less than 18 years of age at the time of registration.

Dr Taweesilp called for cooperation from illegal migrant labourers and their employers as the government battles the new wave of infections. 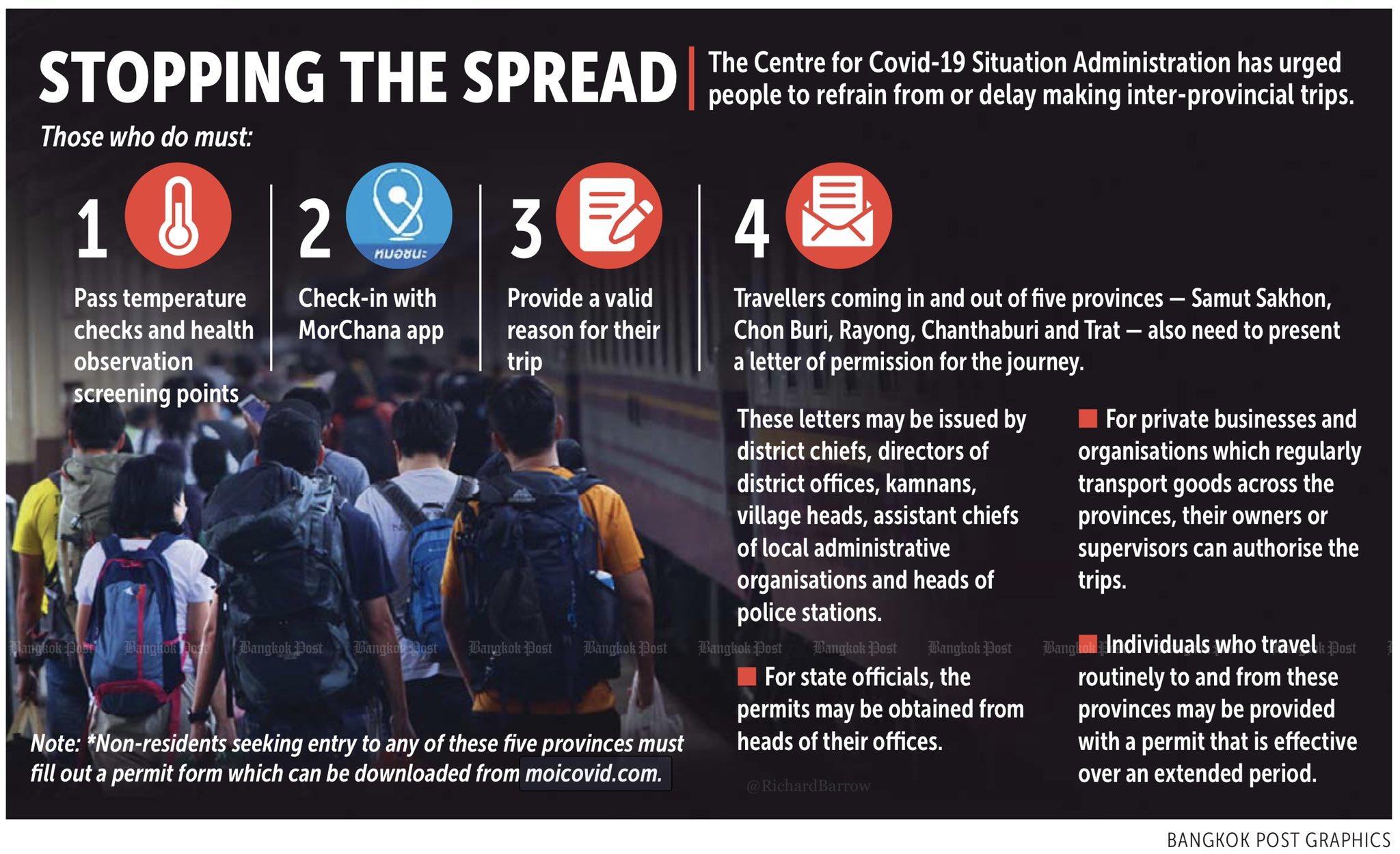