The Criminal Court has sentenced a former senior Revenue Department official to more than 43 years in prison on a lese majeste charge. 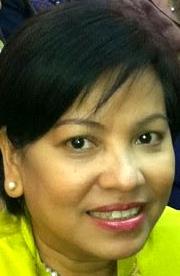 Anchan Preelert was originally handed a 87-year jail term on charges of breaking Section 112 of the Criminal Code, commonly known as the lese majeste law, and the Computer Crime Act.

The court commuted the sentence against her to 29 years and 174 months due to her confession. The jail time for lesser offences is typically decided by the court on the basis of months which are not converted into years.

Anchan previously served in the C-8 position, considered a senior rank, in the Revenue Department. The highest rank for civil servants is C-11.

The former official was first indicted on the charges by prosecutors attached to the Military Court on April 23, 2013.

According to the prosecutors, Anchan offended on several occasions by posting lese majeste messages on her social media accounts including YouTube and Facebook which were registered under different aliases such as Anchana Sri, Un Un and Petch Prakery.

In 2019, the National Council for Peace and Order ordered the transfer of 65 criminal cases, including that of Anchan, from the Military Court to the Courts of Justice. She was also accused of importing information, which she knew was false, into the computer system.

Following the ruling she offered to put up 1 million baht bail, pending an appeal. She was later remanded at the Central Women Correctional Institution pending an Appeal Court decision on her bail request.