Khao Yai National Park closed its popular Pha Diew Dai (Lonely Cliff) lookout to the public on Friday, after a man was found dead at the base of the cliff in Nakhon Nayok province.

The Thai man was believed to have fallen to his death from the clifftop, in tambon Hintang of Nakhon Nayok’s Pak Phli district. His body was found on Thursday evening.

The closure was announced on the park's Facebook page: “The Khao Yai National Park has temporarily closed Pha Diew Dai viewpoint from Jan 22 onwards. Tourists can visit other tourist sites on Khao Yai as normal if not coming from red zone provinces. Please abide by Covid-19 prevention measures.’’ 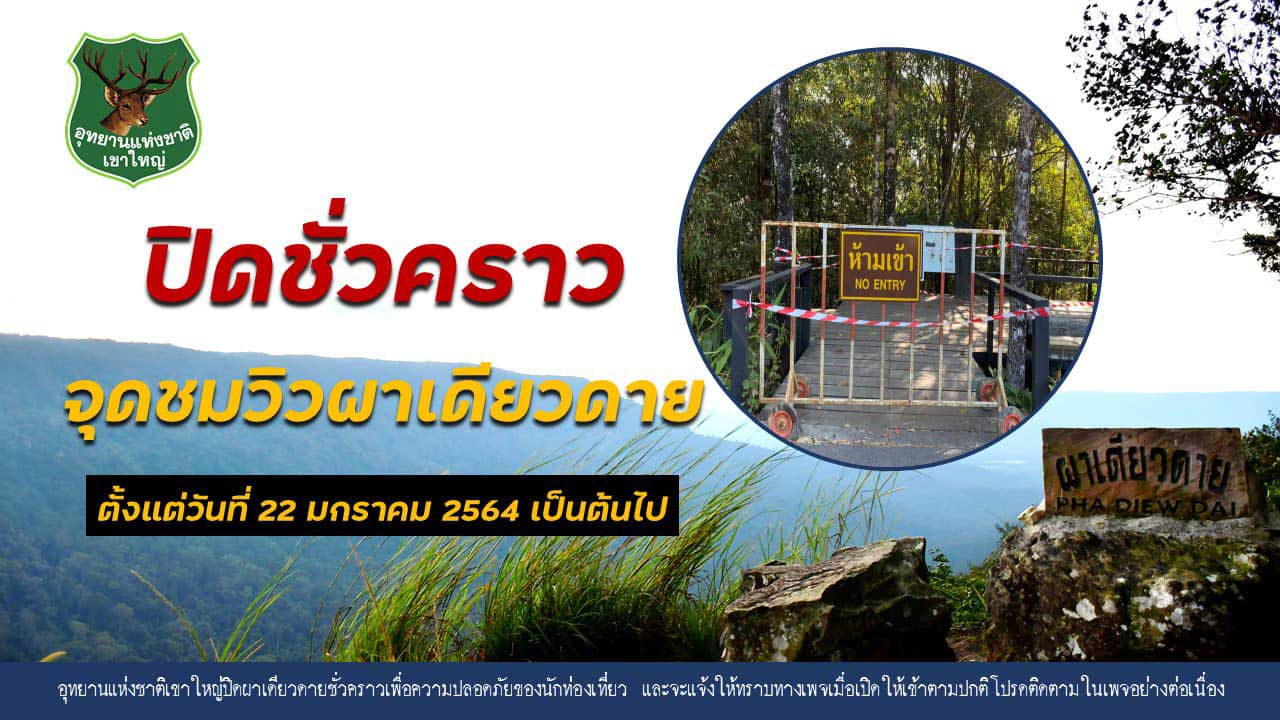 Park rangers noticed that a motorcycle with Bangkok registration had been parked at the entrance to the viewpoint for two days. They found a face mask lying on the pathway to the cliff.

From the lookout, they examined the ground below, using binoculars, and saw a man's body lying face-up at the bottom.

Relatives said they had tried unsuccessfully to contact him earlier by his phone. He did not answer.

Police said it was possible he walked to the edge of the cliff to get a better view, and accidentally toppled off.

Pha Diew Dai, between tambon Hintang of Pak Phli district in Nakhon Nayok and tambon Khanong Phra in Pak Chong district of Nakhon Ratchasima, is a popular viewpoint in the national park. 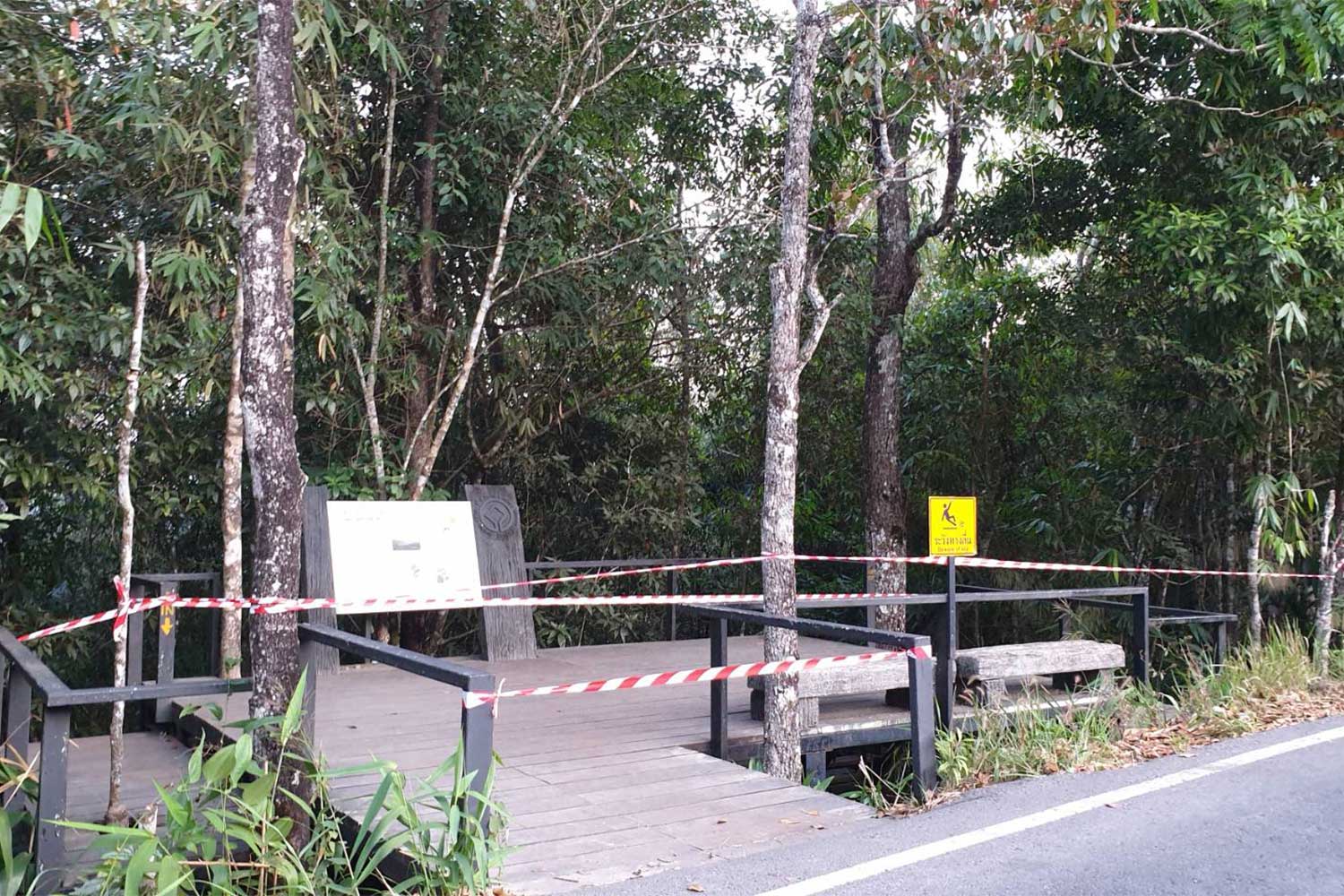 The walkway leading to Pha Diew Dai cliff viewpoint is closed off, following the death of the visitor (Photo: Manit Sanubboon) 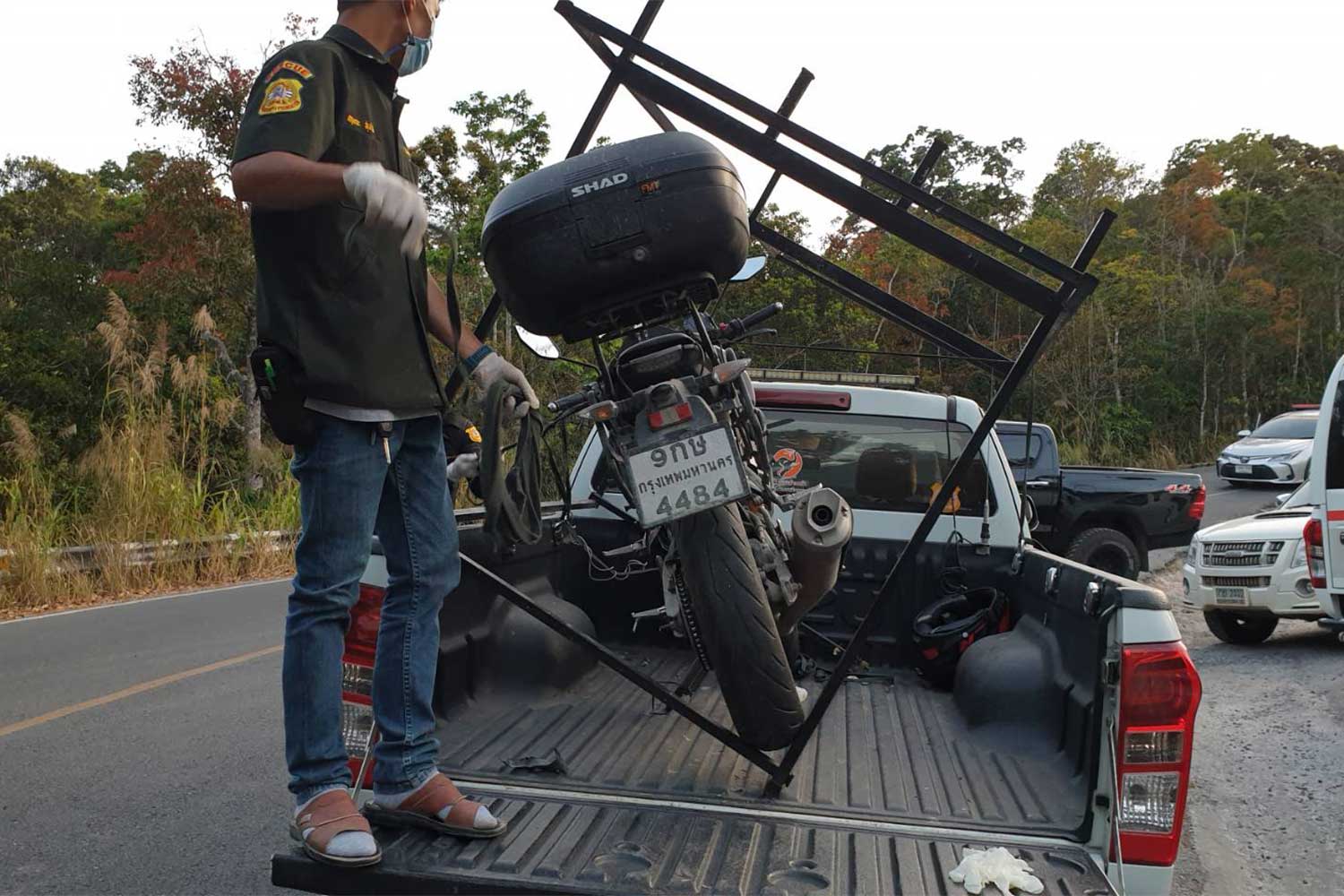 A rescue volunteer takes away the motorcycle found parked at the entrance of the cliff viewpoint pathway. (Photo: Manit Sanabboon)