Plainclothes police escort a Danish man arrested in Pattaya on Friday for allegedly selling drugs to Thai and foreign customers in the area for at least six years. (Supplied photo via Chaiyot Pupattanapong)

The suspect, identified by police as John Finn Oersted Meyer Jensen, was apprehended at a coffee shop in Pattaya on Friday. He showed up there with some crystal methamphetamine to hand over to a police officer posing as a customer, according to police.

The sting was the result of an investigation that followed earlier arrests of Thai and foreign drug users. Officers reportedly found the users had bought the drugs from the Danish man.

One officer was then assigned to contact the suspect to buy 10 grammes of crystal methamphetamine for a party. The Danish man reportedly quoted him a price of 1,000 baht a gramme and asked for an advance payment of 5,000 baht.

He also claimed he would give the customer a sex stimulant drug and liquid ketamine that he produced by himself for use during the party. He made the appointment to deliver the drugs at the coffee shop on Friday.

After the arrest, police took the man back to his condominium to search it. Some amounts of crystal methamphetamine, ketamine and speed pills were found.

Officers subsequently seized four rooms at three condominiums in Bang Lamung district of Chon Buri, and three motorcycles. The man's assets were worth over 10 million baht.

Police investigators alleged that he had been selling drugs to foreign nationals in Pattaya for 6-7 years.

The suspect was being held in police custody, initially for illegal possession of drugs with intent to sell. 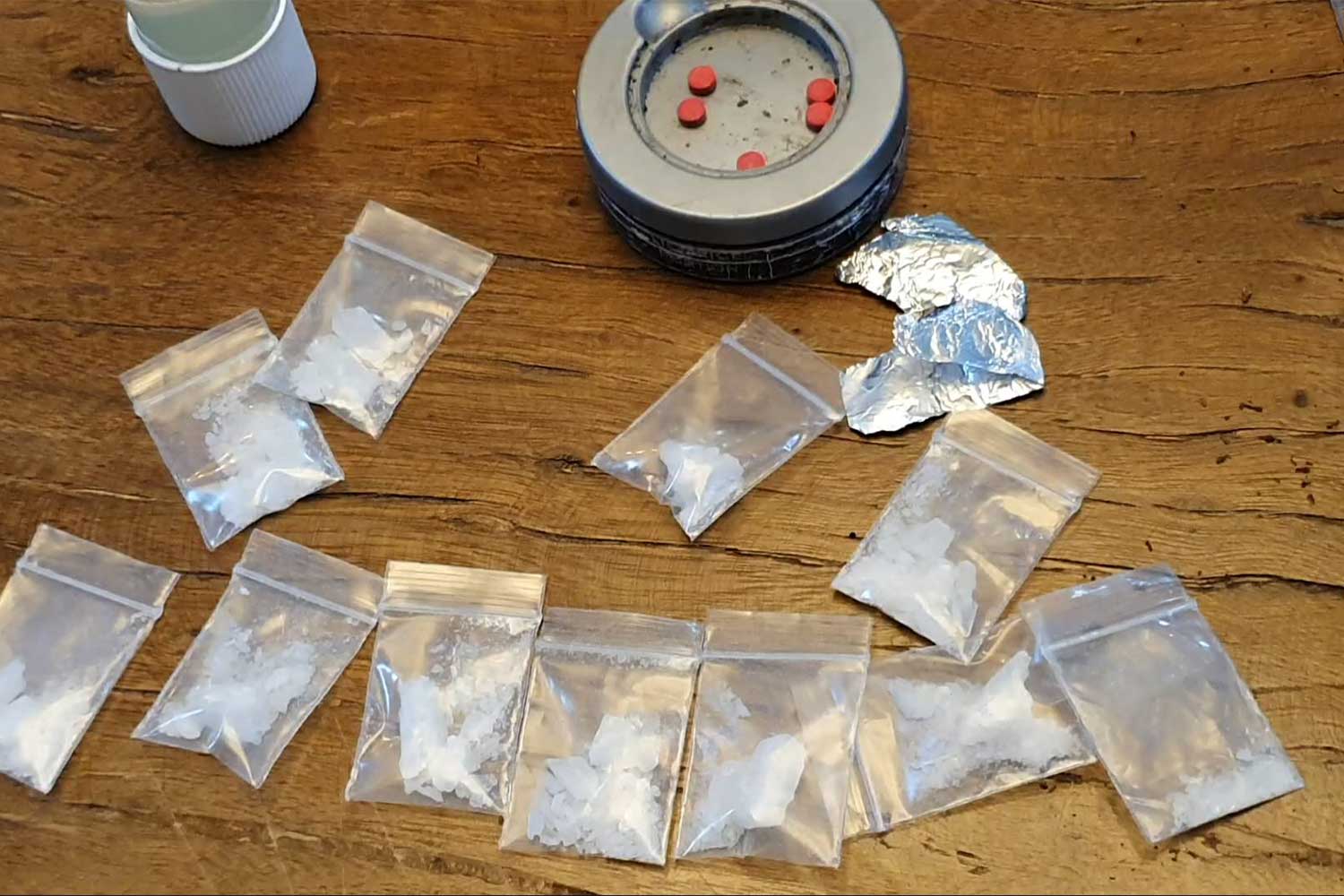 Small bags of illicit drugs are seized from the suspect's room in Pattaya. (Supplied photo via Chaiyot Pupattanapong)