Theeraphol Chanmo (seated) was arrested with two macaques at his house in Phrao district of Chiang Mai on Saturday. (Photo from Natural Resources and Environment Crime Suppression Division)

A man has been arrested for selling baby macaques after posting the protected monkeys for sale online.

Police from the Natural Resources and Environment Crime Suppression Division and Phrao police station arrested Theeraphol Chanmo, 26, at his house in Phrao district of Chiang Mai on Saturday.

The arrest was revealed on Sunday. It came after a police officer posed as a buyer interested in purchasing two 2-month-old animals as pets for 8,000 baht. He arranged to pick up the monkeys at the seller's house.

Pol Maj Gen Pitak Uthaitham, the Natural Resources and Environment Crime Suppression Division chief, said on Sunday Mr Theerapol bought the macaques from a hunter for 1,500 baht each and posted them on his Facebook page.

He worked for a delivery man for a company but was short of money due to the virus outbreak. That forced him to seek a "supplementary job", the officer said.

Phrao police pressed charges for possessing and trafficking protected animals. The charges carry a maximum penalty of a one-million-baht fine and 10 years' imprisonment or both. They are expanding the investigation to track down the hunter.

Although rhesus macaques are protected, they can be kept as pets if the owner receives official permission. 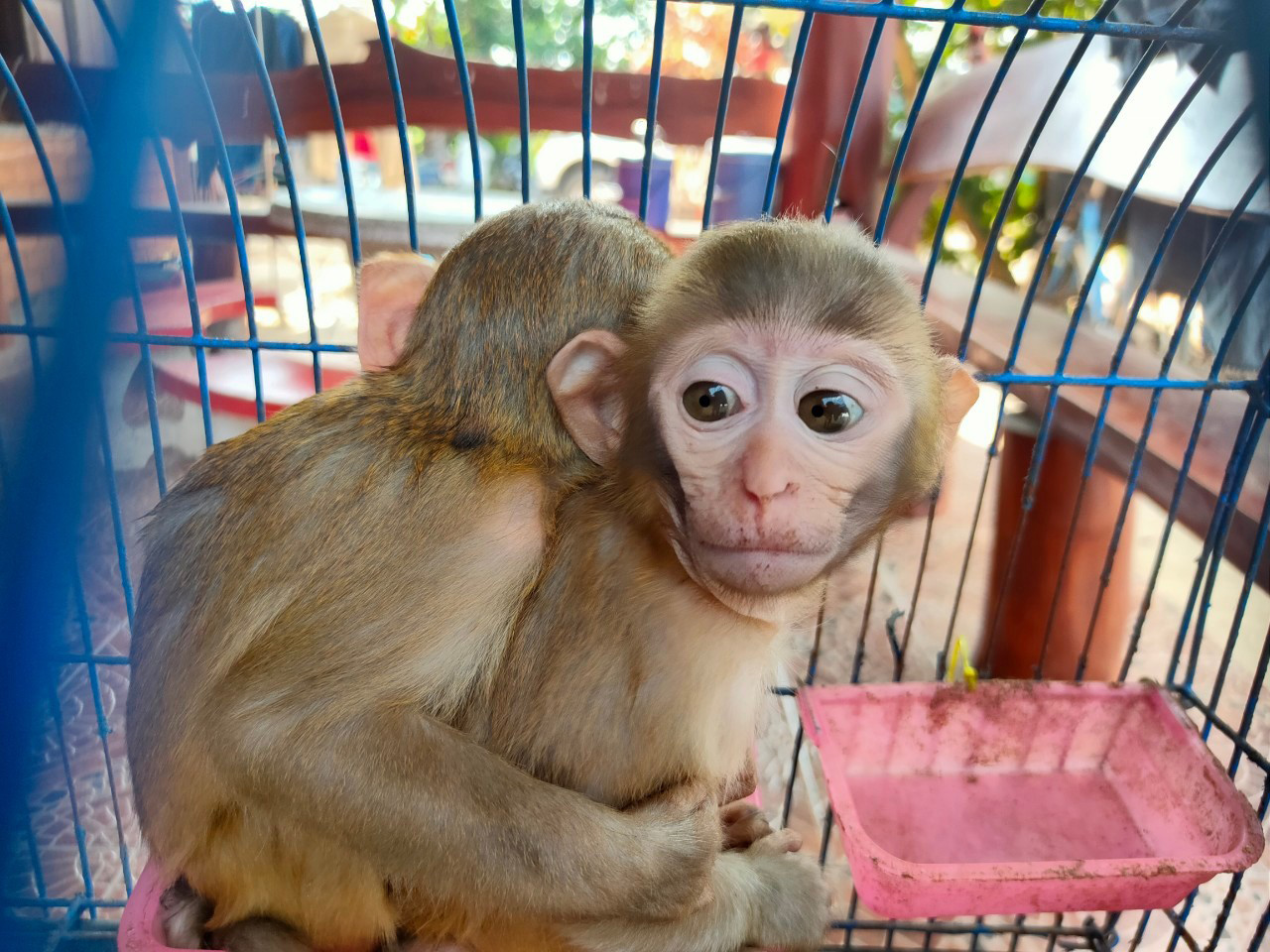 Two macaques are found at Theeraphol Chanmo for delivery during the arrest. (Photo from Natural Resources and Environment Crime Suppression Division)