A team of immigration and tourist police and local officials converged on the Three Sixty Bar in Koh Phangnan district around 9.30pm.

They found Thais and foreigners crowded inside the premises, where music was playing and food and alcoholic drinks being served. 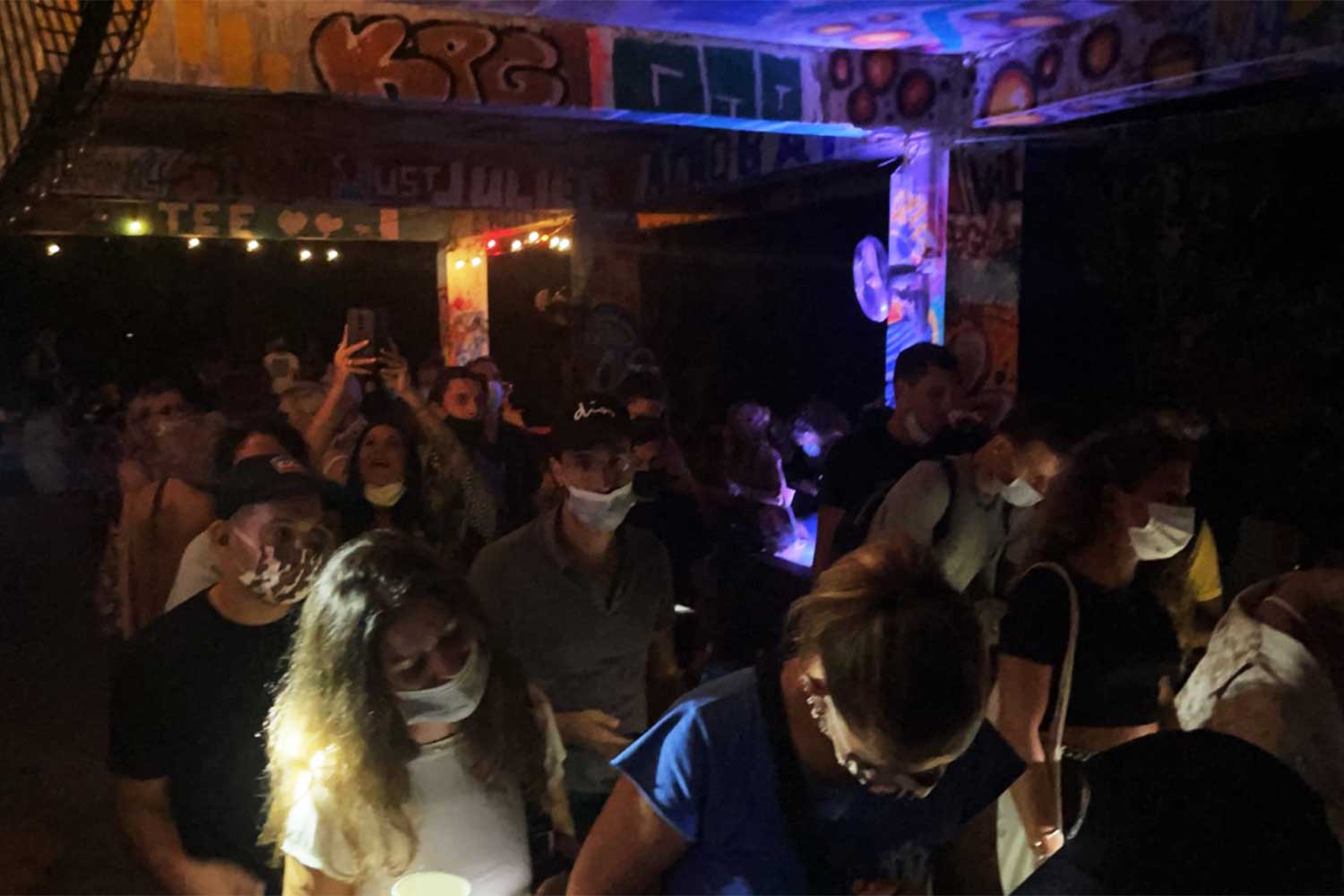 The customers were charged with violating the emergency degree to contain the spread of the coronavirus. Mr Pongdaran and Mr Somsakul were charged with colluding in operating an entertainment venue without permission. All were taken to Koh Phangan station for legal action.

Pol Col Suraruek Phankosol, chief of Surat Thani immigration, said police had been alerted to tickets being sold online to a party at the Three Sixty Bar in breach of the law.

Surat Thani governor Wichawut Jinto said on Wednesday he had been briefed on the raid.

He had ordered strict action be taken against the offenders, to send the message that breaches of restrictions to contain the spread of the disease would not be tolerated.