Nine gamblers, including two police and two municipal officials, were arrested during a raid on a house belonging to an assistant village head in Phichit province on Wednesday. (Photo by Sitthipoj Kebui)

A combined team of soldiers, police and local officials raided the house in tambon Yanyow in Muang district on Wednesday.

The raid, led by Col Saksit Ninchan, deputy chief of the Phichit internal security command, followed a complaint lodged with provincial authorities that gambling was often held at the house in violation of Covid-19 restrictions.

Upon seeing officers, police said, people gambling inside the house fled in panic. Nine gamblers were subsequently caught: two of them were police officers themselves, two were officials working at a municipality in Muang district and the five others were local residents. The names of the gamblers were not disclosed. 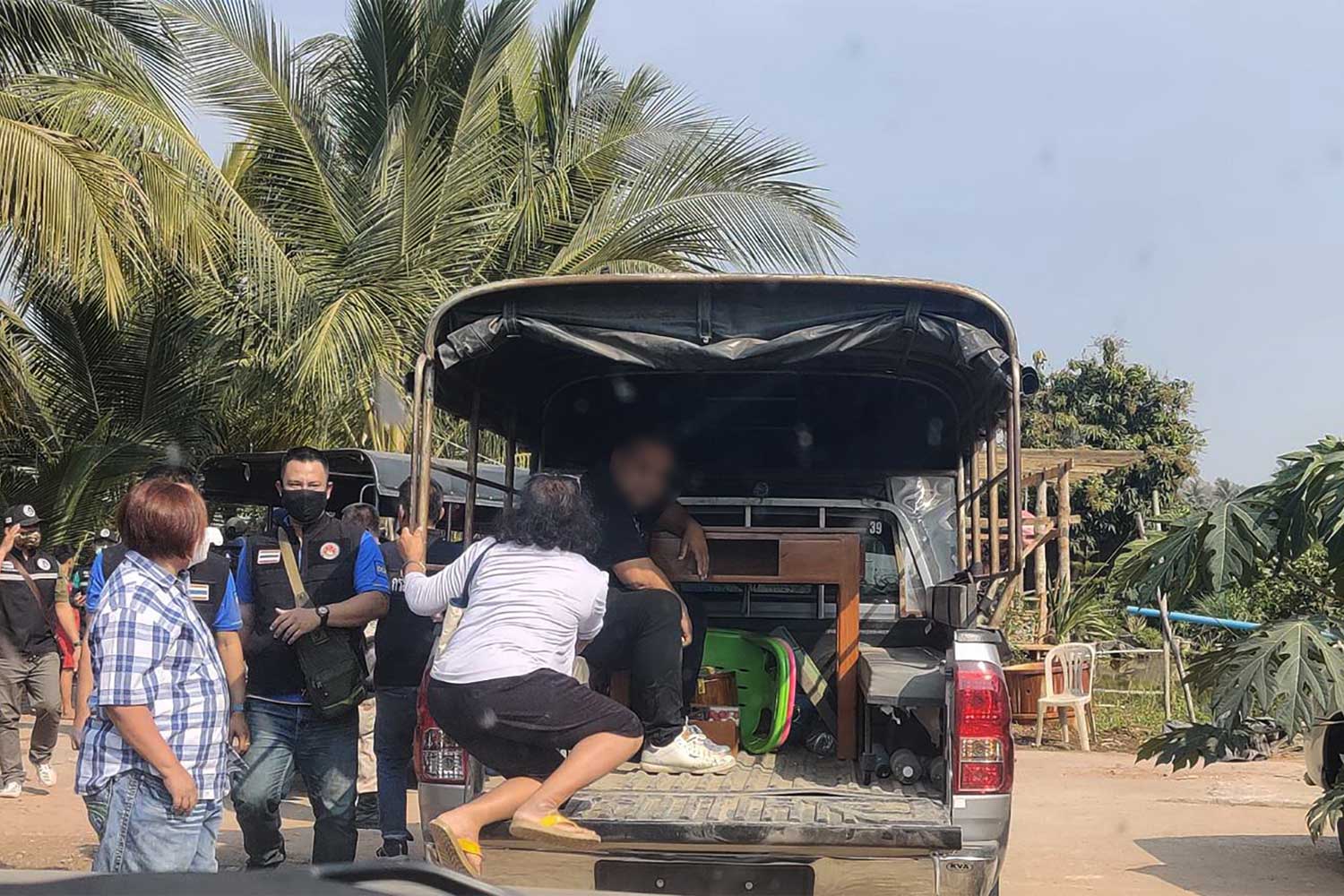 Alleged gamblers are asked to board a vehicle to Yanyow police station. (Photo by Sitthipoj Kebui)

The arresting team seized 27 decks of cards, 3 sets of dice, 2,645 baht in cash, a motorcycle with a police emblem, 7 other motorcycles belonging to local residents, one car and other gambling equipment, said police.

All nine suspects were handed over to Yanyow police station for interrogation.

The two police officers among those detained denied gambling. They claimed they were just playing checkers in the house at the time.

The house owner, an assistant village head, was not present during the raid, but showed up later at the police station and admitted to being the owner, police said. Officers were investigating the house owner to find out whether he had been involved in running the gambling operation. 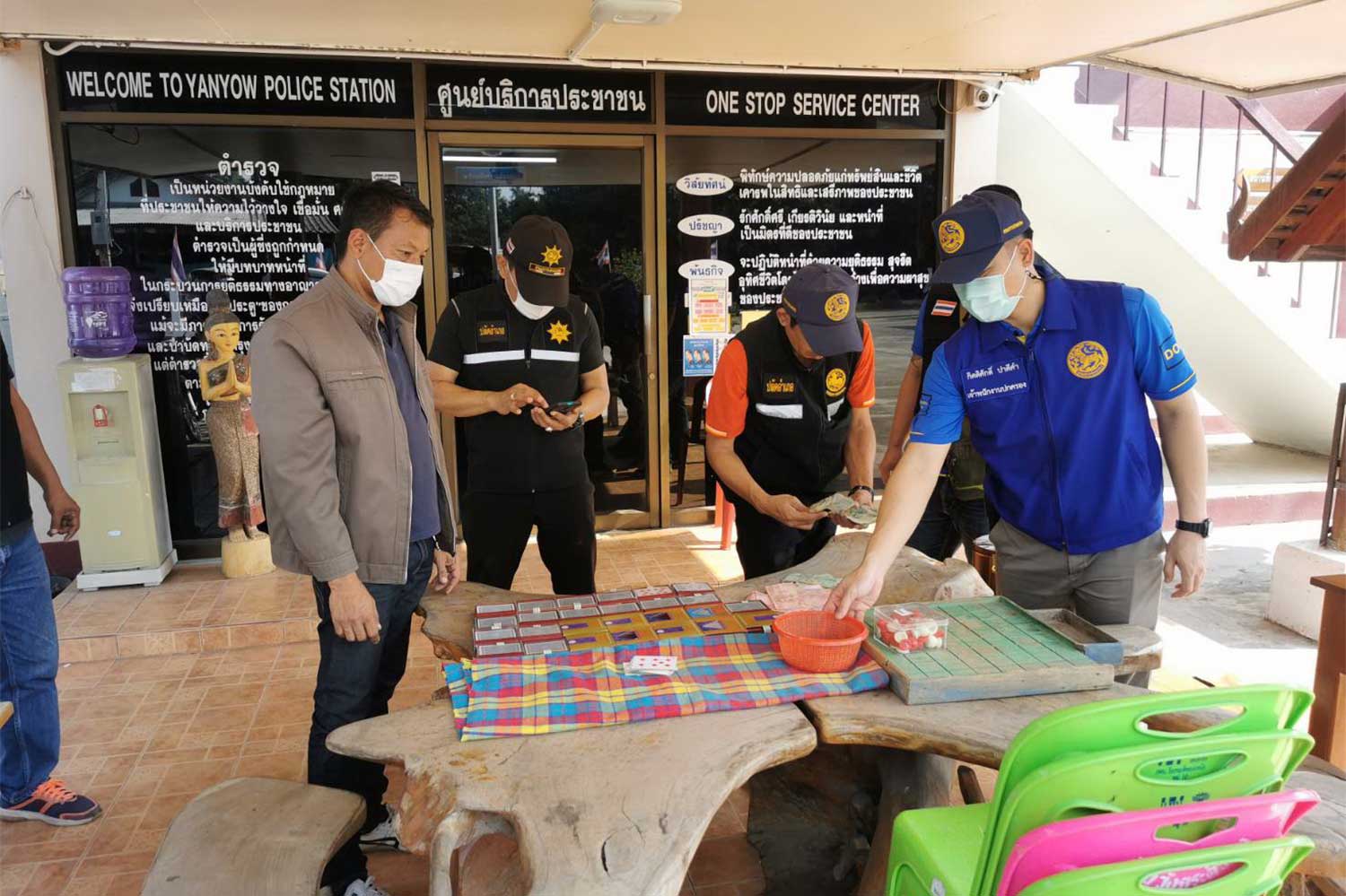 The arresting team displays playing cards and other evidence at Yanyow police station following the raid. (Photo by Sitthipoj Kebui)