Man recaptured 100 metres from scene of incident in Udon Thani

Flames consume a police pickup truck that was set ablaze while it was carrying four suspects to the provincial court in Udon Thani on Friday. @fm91trafficpro Twitter account)

A drug suspect tried to escape detention on Friday by setting fire to a police pickup truck carrying him and three other detainees to the provincial court in Udon Thani.

The fire broke out in a pickup truck belonging to the of Nong Saen police station as it was heading to the court in Muang district where officers were seeking to further detain the four suspects.

A police driver spotted the fire behind the passenger compartment, stopped to douse it and unlocked the rear door to bring the four occupants, incuding Somsamai Paipanao, 46, to safety.

Mr Somsamai then escaped, while the others stood still. Police soon found him hiding in a drainage pipe about 100 metres from the scene.

The suspect was facing charges of possessing 68 methamphetamine pills and 3.37 grammes of crystal meth. Now he faces a charge of damaging state property, laid by Nong Saeng police.

Officers believe he used a lighter or matches to set the fire but are investigating why he was not searched before being put in the vehicle. 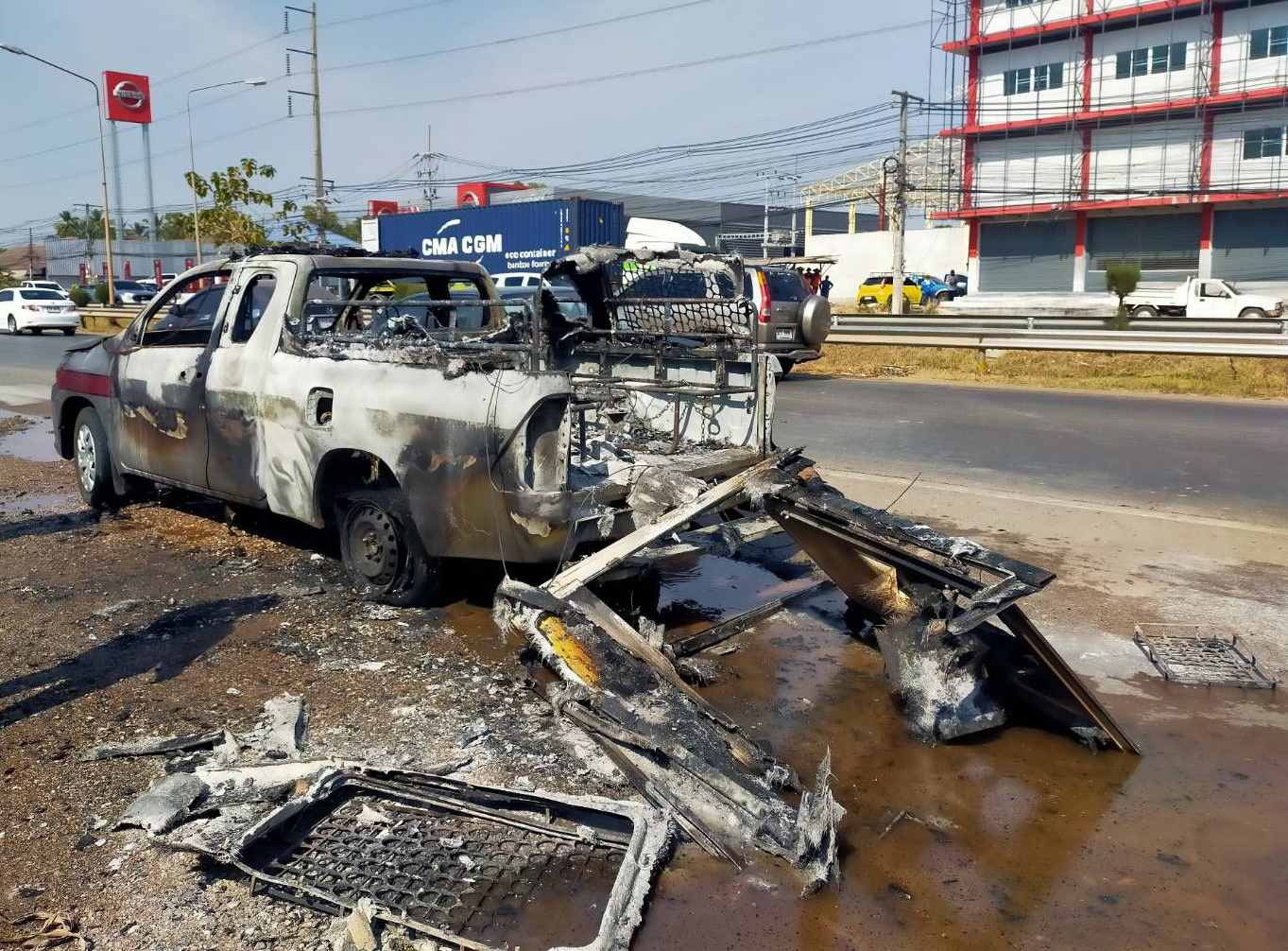