Police have busted a major online gambling operation working from converted shipping containers in a village on the border with Cambodia, and taking bets from tens of thousands of punters each day.

Thirty-four people were arrested on charges of running online gambling websites, with wagers totalling more than one billion baht, during the police raid in Pong Nam Ron district, in Chanthaburi province.

They were raided on Thursday by officers of the Central Investigation Bureau and immigration as part of operation “Chanthaburi online", Pol Lt Gen Torsak Sukwimol, the CIB chief, said on Friday.

They arrested 17 men and 17 women. A total of 69 computers and 101 mobile phones were seized, said Pol Lt Gen Torsak.

The 34 suspects included a 22-year-old Cambodian man. They admitted they were the administrators of four gambling websites  – VR898, Hattrick 988, Hattrck 888 and betway88.

The four websites took bets for underground lotteries in Thailand and neigbhouring countries, and also football bets. There was more than one billion baht in bets in circulation, the CIB chief said. (continues below)

The suspects told police they were each paid 25,000 baht to receive bets from customers. Those who worked as programmers received 8% of the betting money, Pol Lt Gen Torsak said.

Data on the computers showed an average 38,000 people had gambled online each day on  each of the four website.

All 34 web administrators were charged with colluding in operating online gambling. They were held in police custody for legal action. Police were extending the investigation to find those who were really behind the operation.

The CIB chief madeit clear this police action had nothing to do with the arrest of Siapo Po-arnon, a professed gambler who advised a House panel on the possible legalisation of online gambling.

Siapo, real name Apirak  Chat-anon, 29, was arrested at his house on Phetkasem Road in Phasicharoen district of Bangkok on Thursday morning. He allegedly operated an online gambling website. 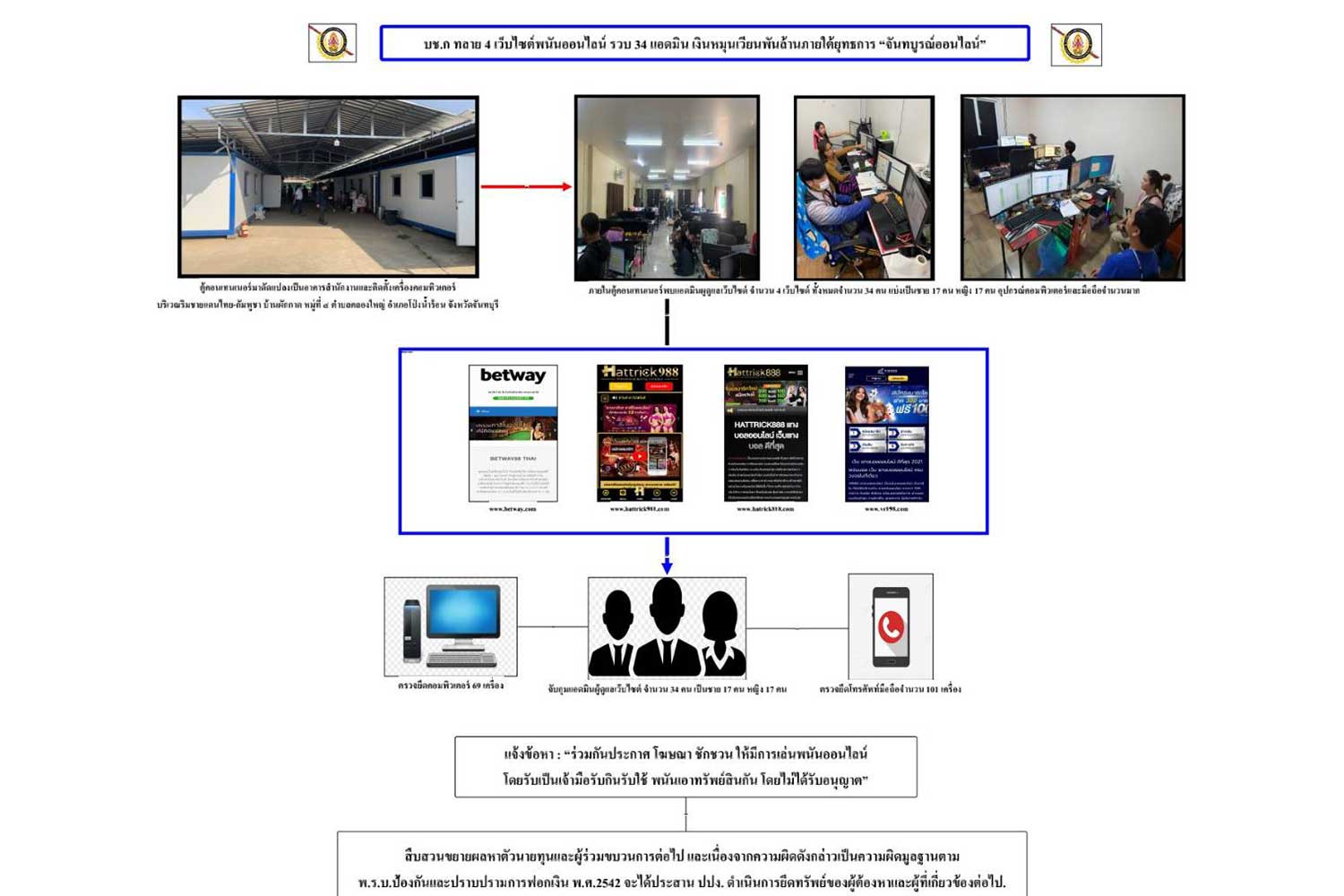