Thailand's lowest ever total fertility rate (TFR) has prompted the Public Health Ministry to come up with activities aimed at promoting dating among singles and fertility health among married couples who still don't have any children. 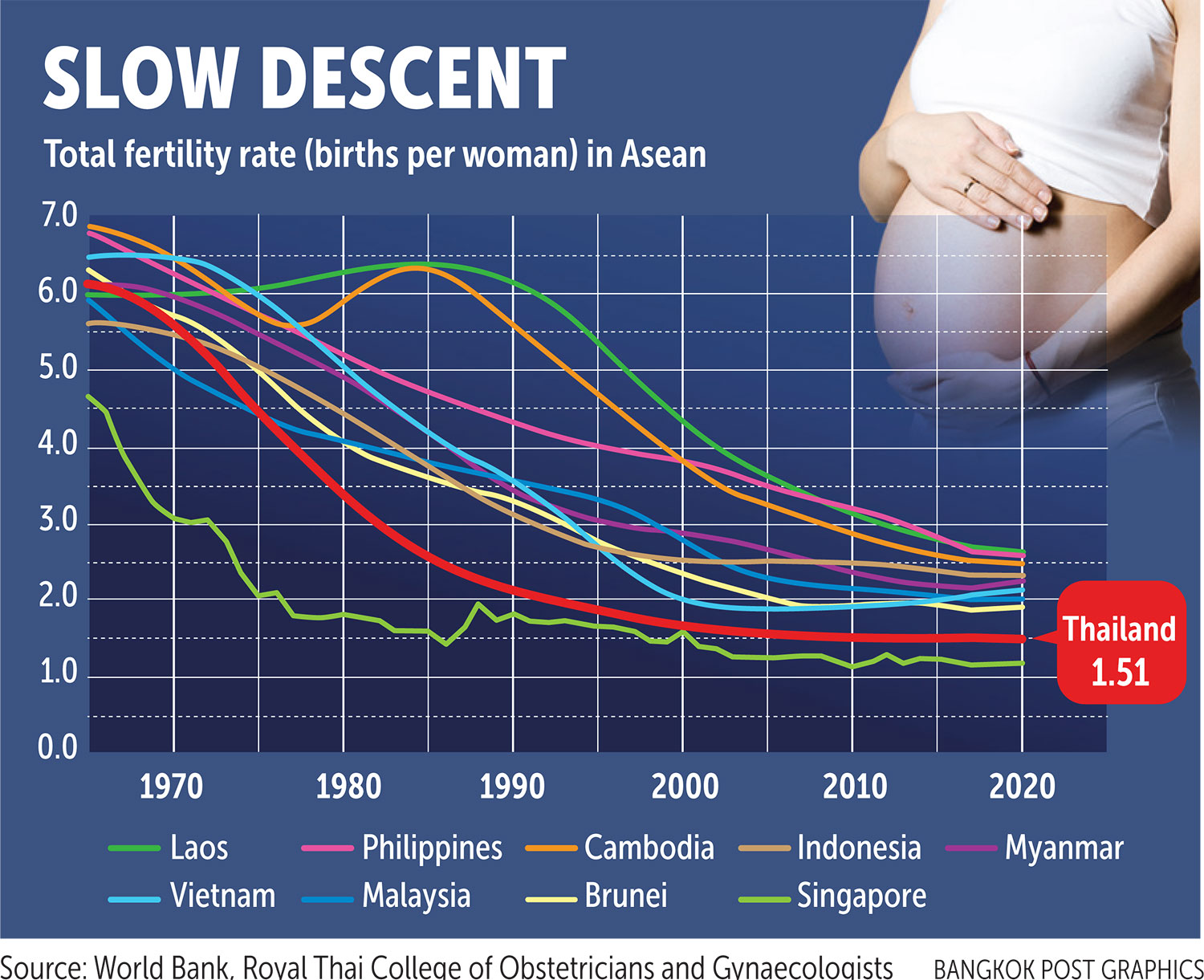 The TFR is the average number of children born to a woman over her lifetime.

Thailand's birth rate last year dropped below 600,000 for the first time and took the country's TFR down to 1.51, which is "extremely low", said Dr Kamthorn Pruksananonda, chairman of a sub-committee on reproductive medicine at the Royal Thai College of Obstetricians and Gynaecologists.

The World Health Organization and World Bank have said that if a country's TFR goes under 2.1, its proportion of elderly will surge and problems associated with migrant workers will rise.

These two problems are now clearly evident in Thailand, he said.

"When Japan's TFR hit 1.6, the Japanese leader at the time announced that a disaster was on the way if the country didn't do anything about it.

"Thailand's TFR used to be 5.1 and it has declined all the way down to 1.5. Worse still, the country has still not done anything about it and, without any intervention, the rate is forecast to fall further to 1.3 in less than a decade."

Aside from the alarmingly low birth rate, the number of health problems experienced by babies born to older-than-usual mothers, such as Down Syndrome, is also rising, said Prof Kamthorn.

By that age it is rather late to start having babies and the risk of a baby being born with Down Syndrome is high, said Prof Kamthorn.

Deputy Public Health Minister Sathit Pitutecha said the government was now getting behind family planning promotions, the aim being to raise the country's birth rate voluntarily.

Families ready to have a baby will be provided with all the help they need in order to ensure the baby's good health from birth to adulthood, he said.

The ministry has now launched two activities aimed at promoting dating among the singles and fertility health among married couples who want to have a baby, he said.

More information about these activities is available at www.wiwahproject.com. The registration is open until March 31.