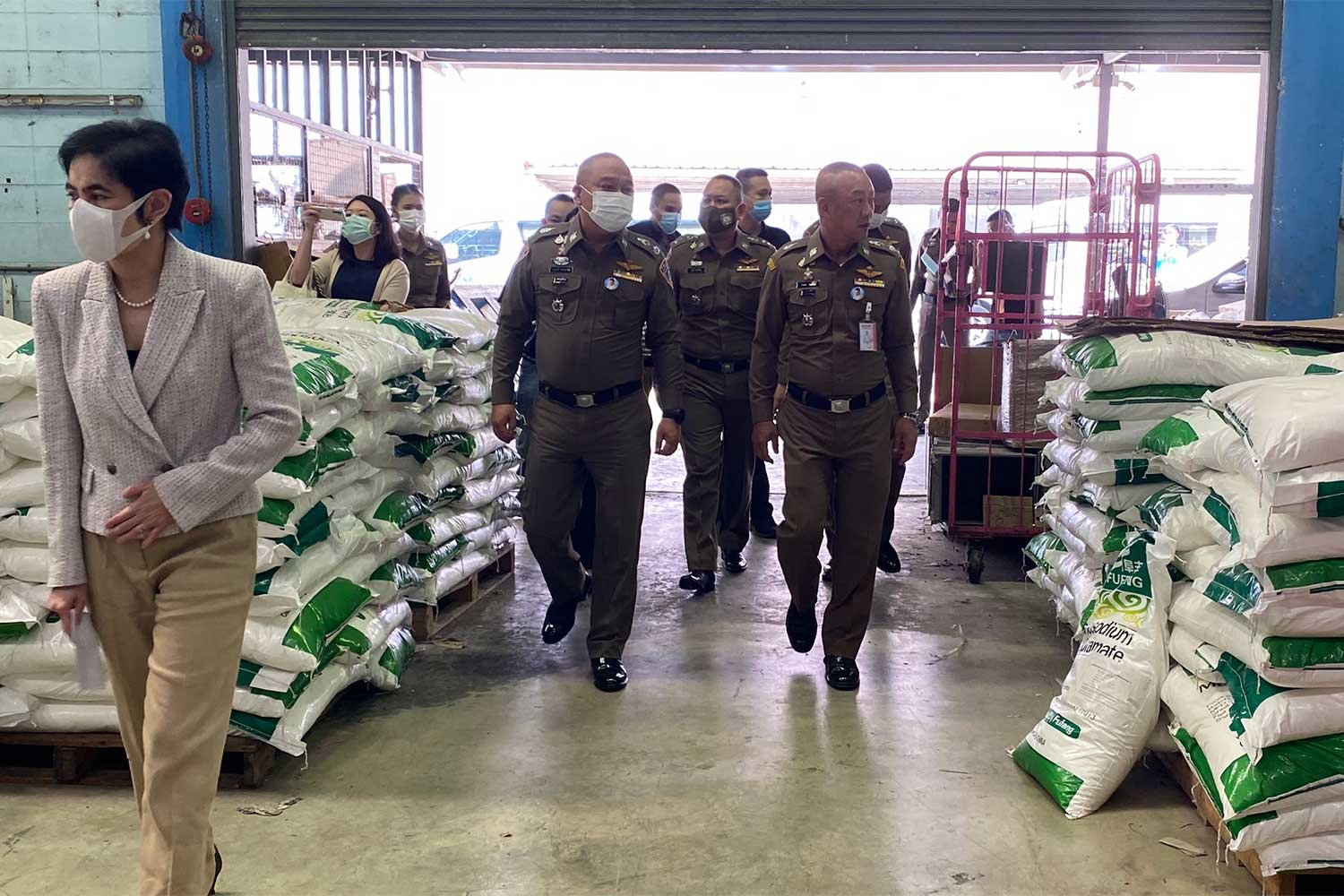 Pol Maj Gen Wiwat said the police investigation found that the factory had produced fake products for more than one year. It had produced seasoning powder by mixing MSG with salt, which was then packaged as Ajinomoto.

The products were sold in the South, mainly in Yala, Pattani and Narathiwat, Pol Maj Gen Wiwat said.

Officials said initial charges were laid against the company for violating the Food Act, the Hazardous Substances Act , Type 1, and Cosmetics Act.

Damaged parties were being invited to file complaints against "the producer" of the products.

Police did not release the name of "the producer".

FDA deputy secretary-general Supattra said the seized goods were falsely labelled as legal brands. It was difficult to examine such products. She warned consumers against buying goods sold at unusually cheap prices.

People who had information about the production of fake products should call the FDA  Hotline, 1556.