A police chart shows details of raids and suspects at eight locations in Bangkok and six provinces on Wednesday morning. (Photo: Wassayos Ngamkham)

Thirty-four members of a cyber crime ring running online casinos with over one billion baht in circulation have been arrested during police raids in Bangkok and six provinces.

During the operation, codenamed “Shadow App’’, the cyber crime busters arrested 34 suspects, 19 of them wanted on arrest warrants and 15 others caught running the illegal  casinos, said Pol Gen Suwat. 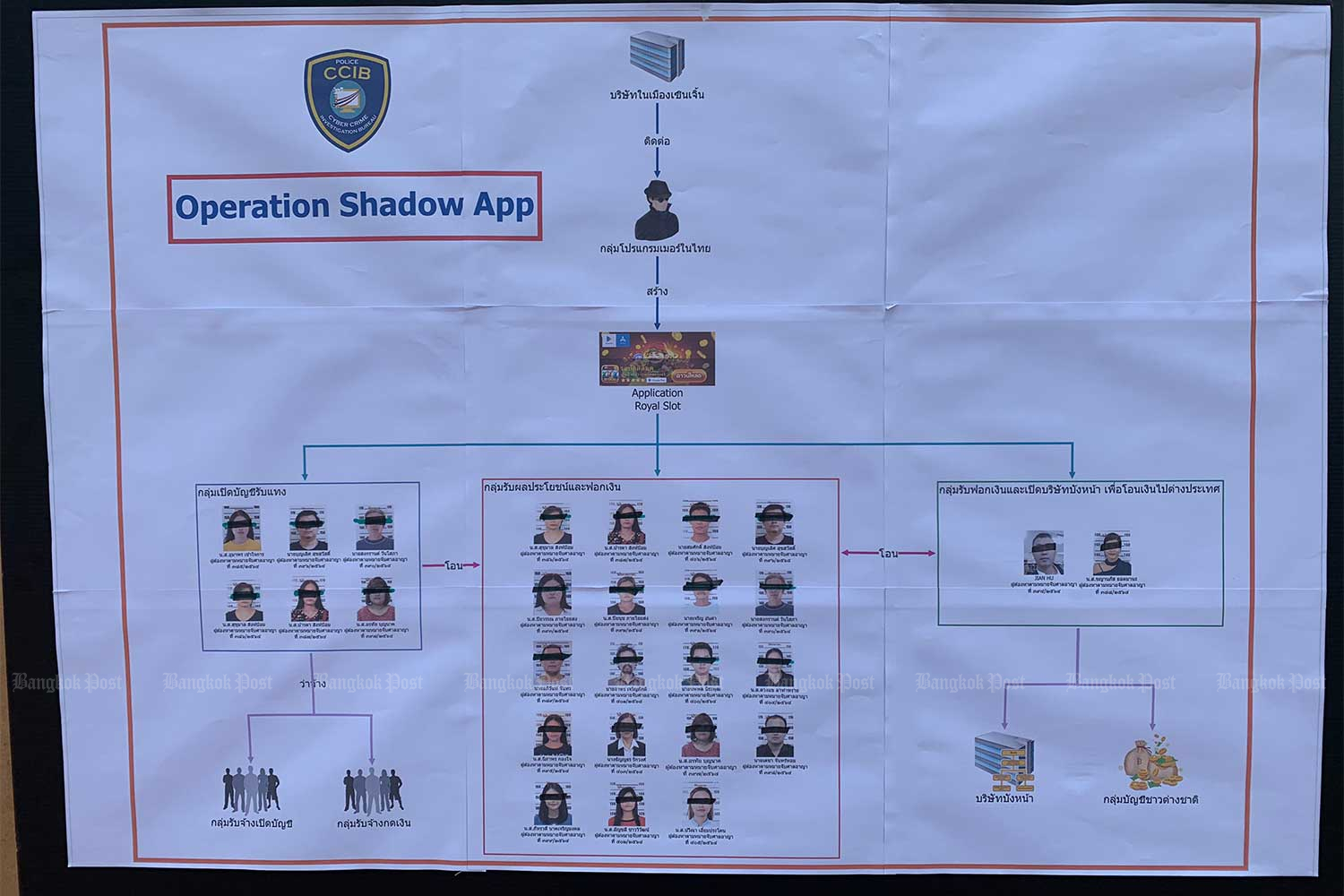 The left side of this police chart shows six people who opened bank accounts to receive bets. The middle shows 19 people who received money transfers and laundered them,  and the right side shows two people who laundered money, ran companies to conceal online gambling and used to transfer money oveseas. (Photo: Wassayos Ngamkham)

Pol Lt Gen Kornchai Klaiklueng, commissioner of the CCIB, said investigators had learned that an app named “Royal Slot 777 Casino’’ could be downloaded from Google Play Store and the Apple App Store and used for online illegal gambling. (continues below)

Further investigation revealed the online gambling operation had several thousand  customers and more than one billion baht in bets had been placed. The operation had been operating for about one year, the CCIB chief said.

Members of this gambling network had moved betting money through 199 bank accounts. Each account had recorded transactions of 10-70 million baht a month. The network had its members operating online gambling in all regions.

The CCIB then planned and launched operation Shadow App, to shut the network down and arrest those involved, said Pol Lt Gen Kornchai.

He said the gang had set up 10 companies as fronts for their online gambling operation, all owned by Chinese nationals.

The CCIB would work closely with the Anti-Money Laundering Office to arrest other members of the network laundering the gang's gambling profits. Assets accrued from gambling would be seized, he said. 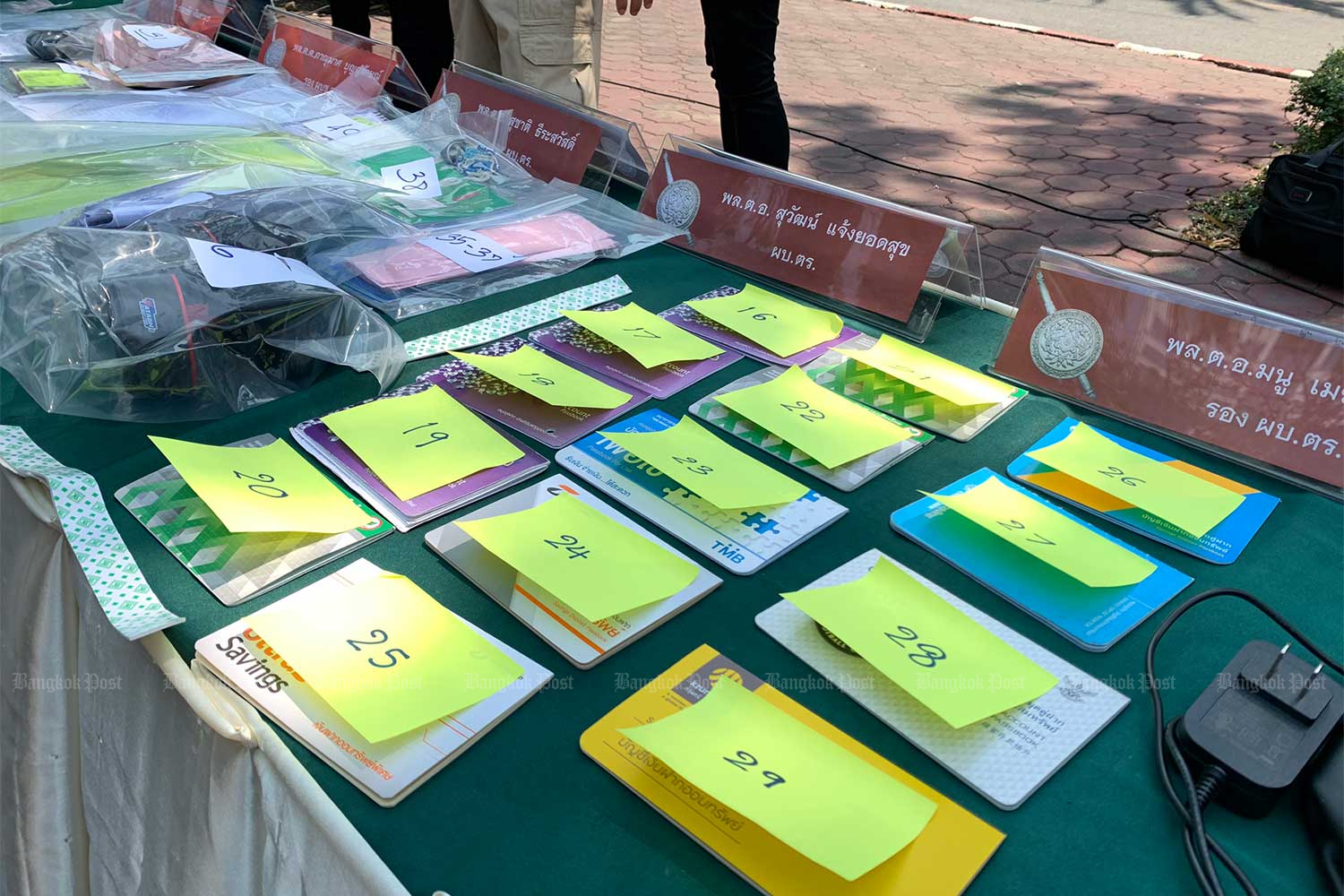 Bank account books and other items seized during the raids. (Photo: Wassayos Ngamkham)