The wreckage of the old pickup truck and the van which collided at an intersection in Nakhon Ratchasima's Nong Bunmak district early on Friday, after the two vehicles were hauled off the road. Three people in the pickup truck were killed and eight in the van seriously hurt.(Photo: Prasit Tangprasert)

NAKHON RATCHASIMA: Three people were killed and eight hurt when a van and a pickup truck collided at an intersection in Nong Bunmak district in the early hours of Friday.

The van, with a driver and seven passengers, was travelling from Si Sa Ket to Bangkok. It crashed into the left side of an old pickup truck that cut across the intersection in front of it.

The force of the crash threw the three men in the pickup truck, the driver and two passengers, out of the vehicle and onto the road. They died on the spot.

All eight people in the van were seriously injured, trapped in the vehicle and crying out for help when rescuers arrived. 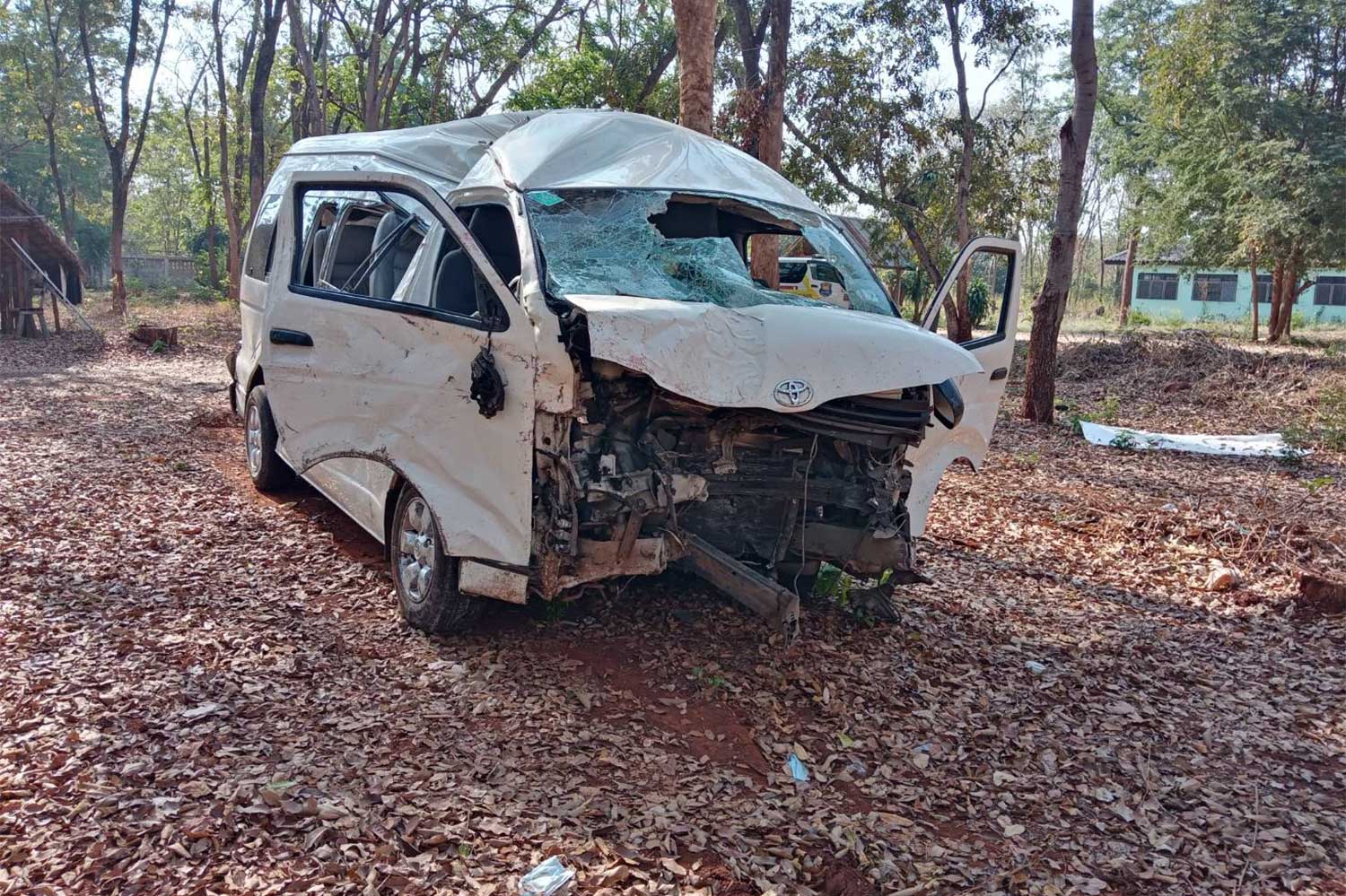 The front of the van was caved in by the force of the impact with the pickup truck, at an  intersection in Nakhon Ratchasima's Nong Bunmak district. The van driver and seven passengers were seriously injured. It was later towed off the road. (Photo: Prasit Tangprasert) 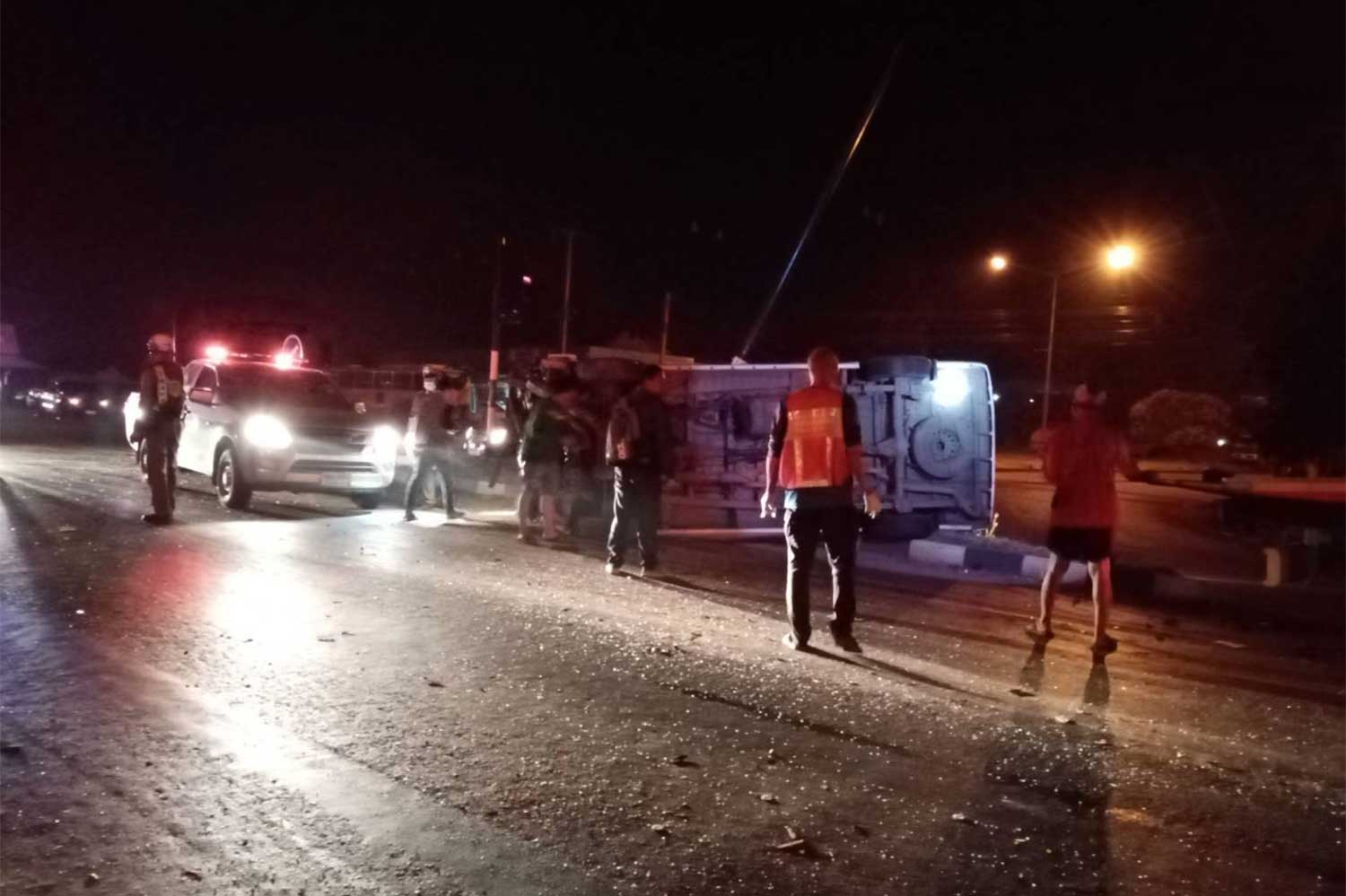 Police and rescue workers free the injured passengers from the van after the crash with a pickup truck.  All three people in the pickup truck were killed. (Photo: Prasit Tangprasert)