There were no signs of violence on his body, he said.

Tosak was an experienced diver and had gone to the site with friends.

They had been deep diving. Mr Torsak had dived to 79.4 metres and been underwater for 25 minutes, according to his equipment gauges, Pol Capt Anan said.

When his friends arrived back on the surface they found him floating, motionless in the water. They rushed to help, but he was already dead. 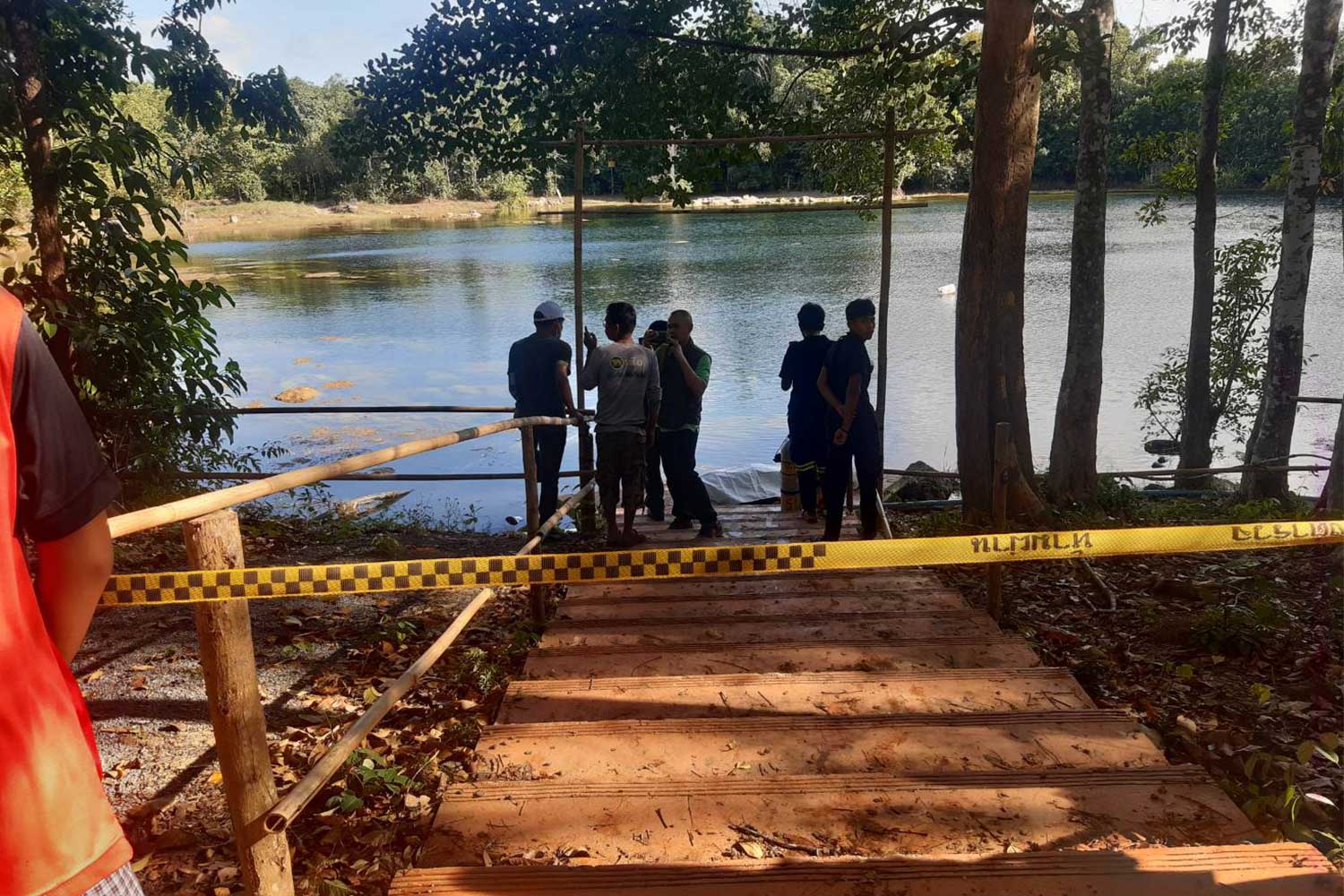 Police cordon off the entrance to the diving site, a cave system in Talay Songhong park in Nakhon Si Thammarat. (Photo: Nujaree Raekrun)