Win, a Myanmar national, 27, squatting, with packs of crystal methamphetamine after his arrest by a village security team in Sangkhla Buri district of Kanchanaburi on Wednesday. (Photo: Piyarat Chongcharoen)

KANCHANABURI: A motorcyclist was arrested making a drug delivery and 50 kilogammes of crystal methamphetamine seized at a border village in Sangkhla Buri district.

A village security team stopped the man at Jokhiphue forest village around 6pm on Wednesday.

They had been tipped off that smugglers would use the Takhianthong-Jokhiphue-Sanaephong road in tambon Liwor to make a delivery of drugs, police told a media briefing on Thursday.

Niophon Tetapha, the headman of Sanephong village who led the team, asked to search the sack the motorcyclist was carrying.

The man, identified later as Win, a Myanmar national, said it held cigarettes. A search found the sack contained 17 packages labelled as tea, each containing one kilogramme of crystal methamphetamine.

Border patrol police later took the man away for questioning. 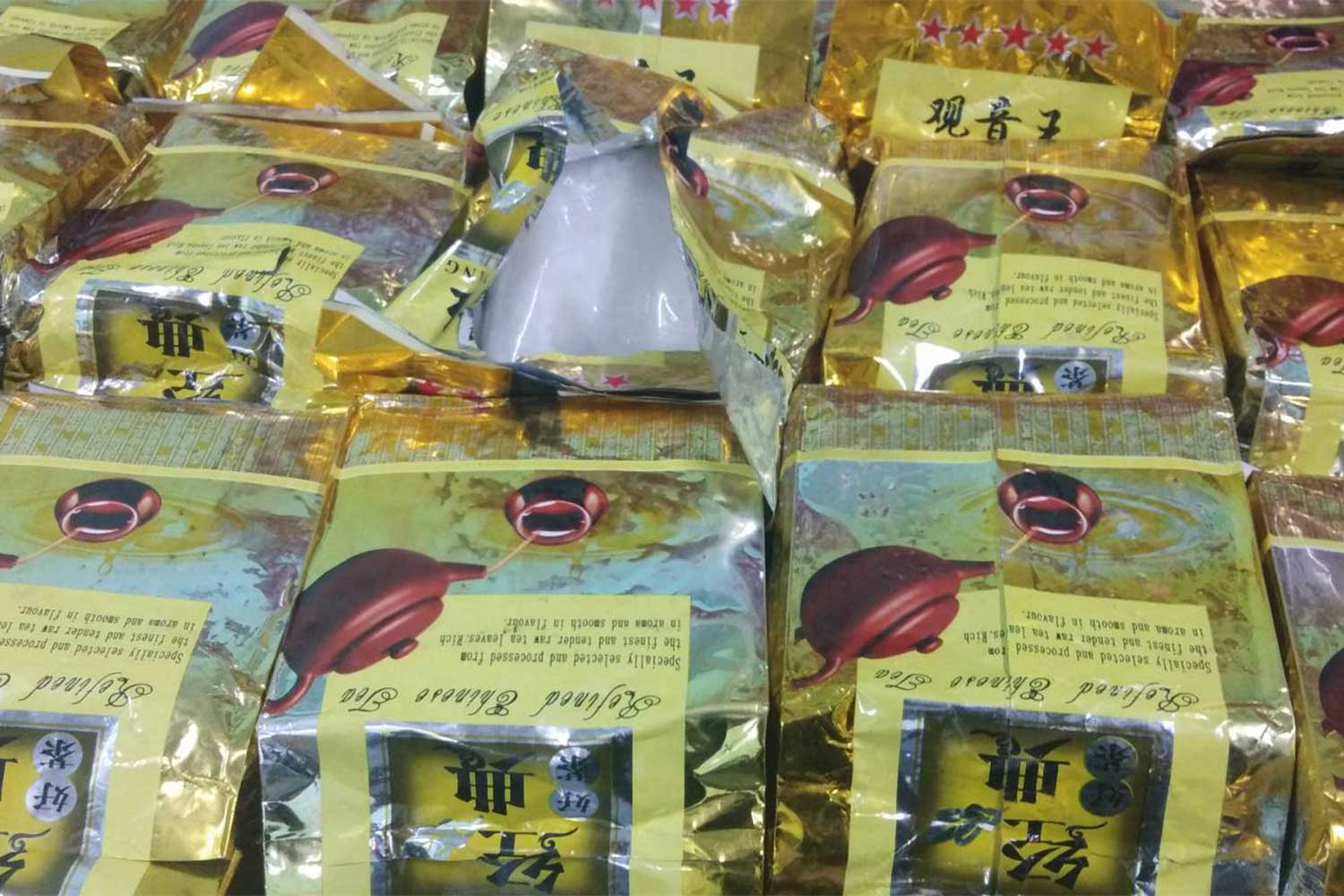 A total of 50 packs of crystal methamphetamine are seized from the 27-year-old Myanmar suspect in Kanchanaburi. (Photo: Piyarat Chongcharoen)

During interrogation, Mr Win admitted he knew of more drugs hidden in the forest near Jokhiphue.

He led police and soldiers to the spot, which was in a teak plantation run by the Royal Forestry Department at Phra Chedi Sam-ong village in Sangkhla Buri district. Another 33 packages of crystal meth were found in a fertiliser sack hidden in a hollow in a tree.

The drugs were seized and Mr Win was taken to Sangkhla Buri police station for legal action. 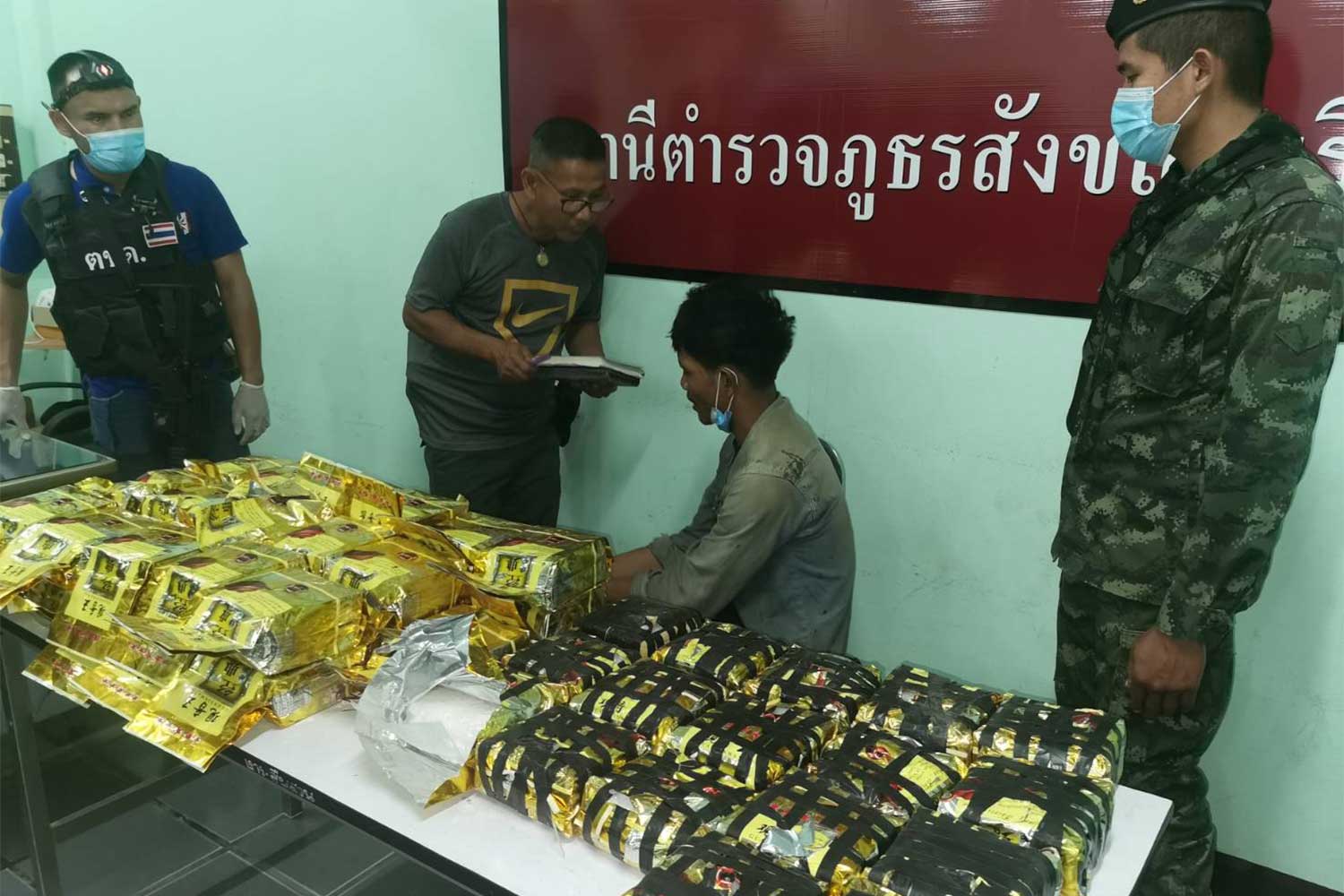 The Myanmar drug suspect, identified only as Win, with the drugs seized from him, at  Sangkhla Buri police station. (Photo: Piyarat Chongcharoen)