KALASIN: A man has been arrested after his wife was found dead, with her throat savagely slashed, in a pond in Kamalasai district.

The suspect allegedly earlier told a relative that he had killed his wife and dumped her body in a public pond.

The woman did not initially believe him. However, she and other relatives later went to look for themselves on Tuesday night, and were shocked to find the woman's body, partially covered with a sack, in the pond where the man said it would be.

He said the dead woman was dressed in a pha thung, or wraparound skirt, and a red blouse. She was in the pond with her upper body in a fertiliser sack, tied with electrical wire. Her hands were also tied with wire.

She was identified as New Kamalasai, 29. The body had 13 knife wounds to the throat and other head wounds, Thai media reported. (continues below) 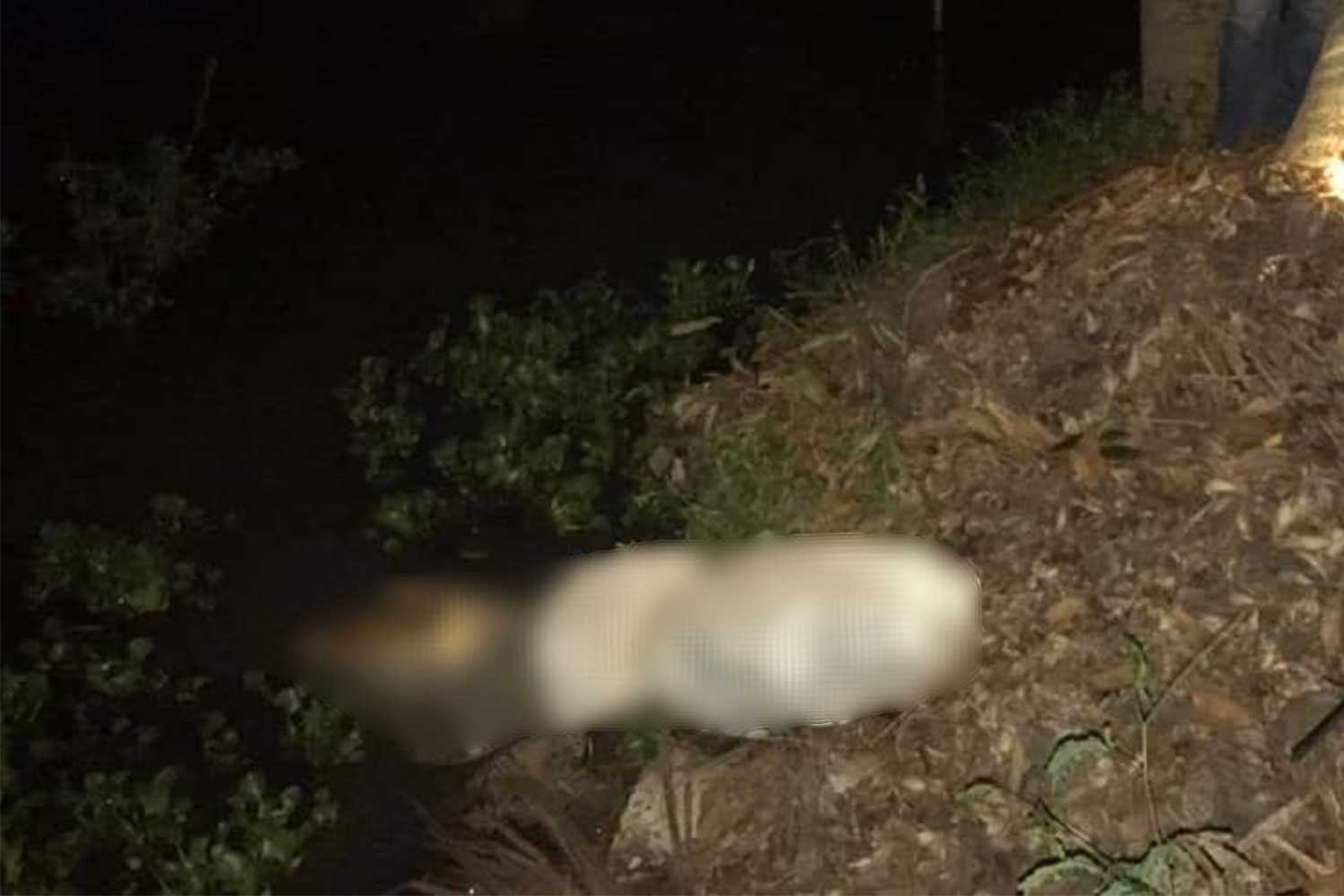 The body of the murdered woman, the upper part in a fertiliser sack, floats in a public pond in Kalasin's Kamalasai district, when police and rescue workers arrive on Tuesday night. (Photo: Kudwa Phrathat Yakhu rescue unit Facebook page)

Investigators were told  the victim had quarrelled with her husband Montri Chotthong on Monday night. She was not seen around the village on Tuesday.

Bang-orn Chanthanong, 43, Mr Montri's aunt, told police she heard the couple arguing on Monday night. This was a common occurrence as he regularly used illegal drugs. But they had never imagined he might kill her.

Toon Summat, 48, another relative, told reporters that Mr Montri came to her house and told her he had killed his wife and dumped her body in a public pond behind the village.

At first, she did not believe him. But when New was not seen around the village she and other relatives went to the pond. They saw the body and immediately called police.

Mr Montri was at his house when police went there to question him.

He allegedly confessed to having killed his wife. Police found dried blood and a blood-covered machete in their bedroom. He was taken into police custody..