Rescue workers and soldiers carry a wounded person who is fleeing the violence in Myanmar and seeking medical treatment at the Thai border village of Mae Sam Laep, Mae Hong Son province, on Tuesday. (Reuters photo)

MAE HONG SON: More than a dozen people fleeing violence in Myanmar were allowed to cross into Thailand on Tuesday to receive medical treatment at a border village, Reuters witnesses said.

More than a dozen people fleeing violence in Myanmar were allowed to cross into a border village in Mae Hong Son province on Tuesday to receive medical treatment, as the Foreign Ministry denied it has any policy to turn away refugees.

A health official in Mae Sam Laep village said the people who arrived by boat across Salween river marking the border were ethnic Karen who opposed Myanmar's military coup in February.

However, another official in the area, who spoke on condition of anonymity, told Reuters the Thai army was still sending back most of those fleeing Myanmar because it had deemed the situation over the border to be safe.

On Tuesday, Myanmar villager Kyaw Lar Bri, 48, said he was hit by bomb shrapnel from an air attack on Saturday before fleeing into the jungle and later boarding a boat to cross the river to Mae Sam Laep along with six other wounded people.

"It is still not safe and villagers do not dare to return to the villages," he said.

Another woman who was receiving treatment in Thailand appeared to have scarring and blisters on her face. 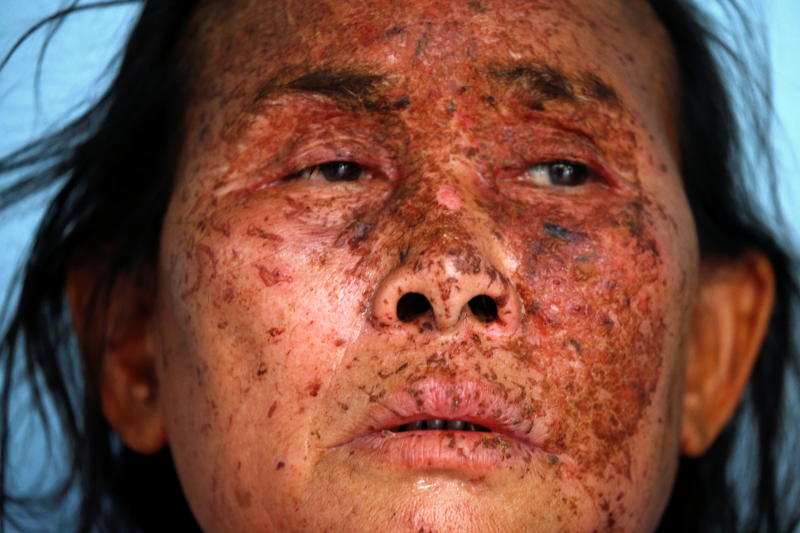 A wounded person who is fleeing the violence in Myanmar seeks medical treatment at the Thai border village of Mae Sam Laep, Mae Hong Son province, on Tuesday. (Reuters photo)

Activists on Monday accused Thailand of pushing thousands of would-be refugees back into Myanmar, releasing video published by Reuters of people boarding boats on a riverbank under the watch of Thai soldiers.

Thai officials denied the reports on Monday, but a district official near the border told a local meeting the same day that people fleeing Myanmar should be blocked.

Insurgents from different ethnic groups have battled Myanmar's central government for decades for greater autonomy. Though many groups have agreed to ceasefires, fighting has flared in recent days between the army and forces in both the east and north.

Heavy clashes erupted on the weekend near the Thai border between the army and fighters from Myanmar's oldest ethnic minority force, the Karen National Union (KNU), which has also denounced the coup.

A spokesman for Thailand's Foreign Ministry, Tanee Sangrat, repeated on Tuesday that it has no policy of turning away refugees.

He added that sometimes refugees voluntarily return to Myanmar. 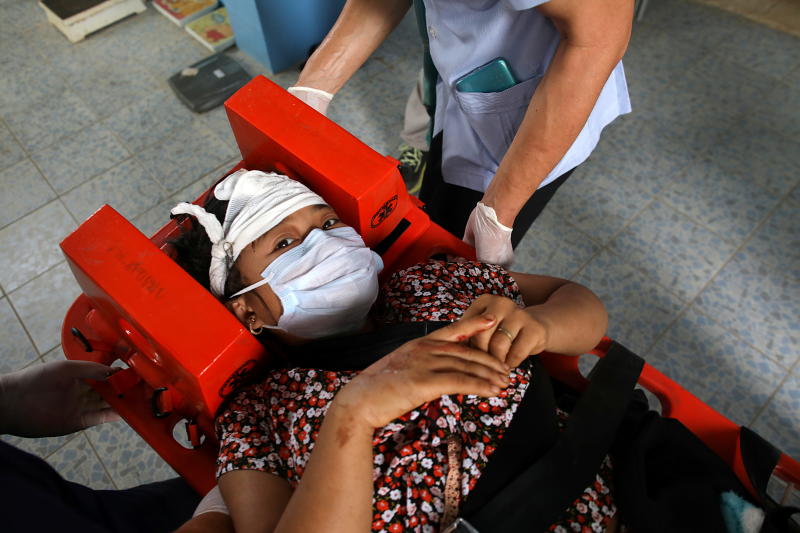 Rescue workers assist a wounded person who is fleeing the violence in Myanmar and seeking medical treatment at the border village of Mae Sam Laep, Mae Hong Son province, on Tuesday. (Reuters photo) 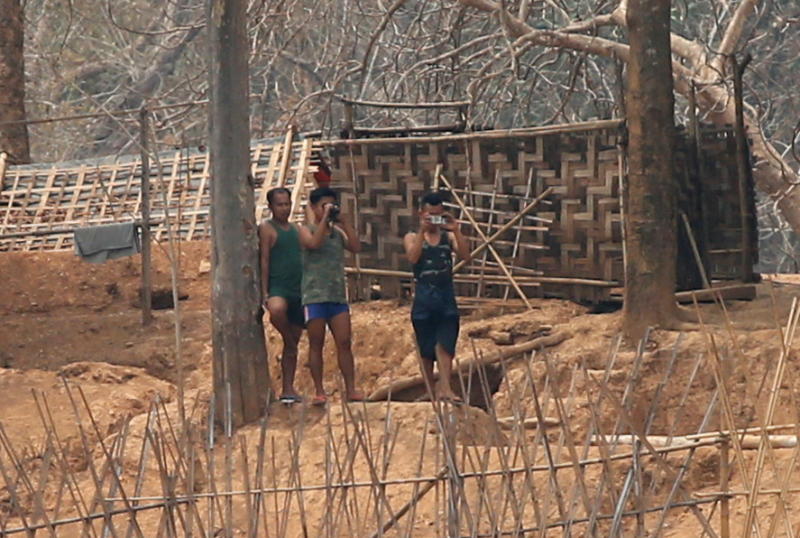 Myanmar soldiers record with their devices as people flee the violence in the country to receive aid at the Thai border village of Mae Sam Laep, Mae Hong Son province, on Tuesday. (Reuters photo)