A Karen migrant living Thailand is blessed by a monk in Mae Sam Laep town on the Thai side of the Salween River in Mae Hong Son's Mae Sarieng district on Thursday. (AFP photo)

MAE HONG SON: A sleepy village in remote northern Thailand became a hub of activity this week when it received refugees fleeing Myanmar — a sight that brought back vivid memories for its ethnic Karen residents.

She decided to settle in the Thai village of Mae Sam Laep village in Mae Sarieng district two decades ago — a safer bet than Myanmar, then still under full military rule, which lasted nearly 50 years.

"I also came from the other side — I feel very bad for them, I am so sad," she told AFP.

Since the weekend, the Myanmar military has launched near-daily airstrikes in Karen state, targeting strongholds of the Karen National Union (KNU) — the first such attacks in the area in 20 years.

Around 7,000 people fled their villages — about half of them holed up in the jungle and around 3,000 crossed the river into Thailand.

Thai authorities returned most of them — while insisting they went voluntarily — but a handful stayed to get medical treatment for shrapnel wounds in a tiny local hospital. 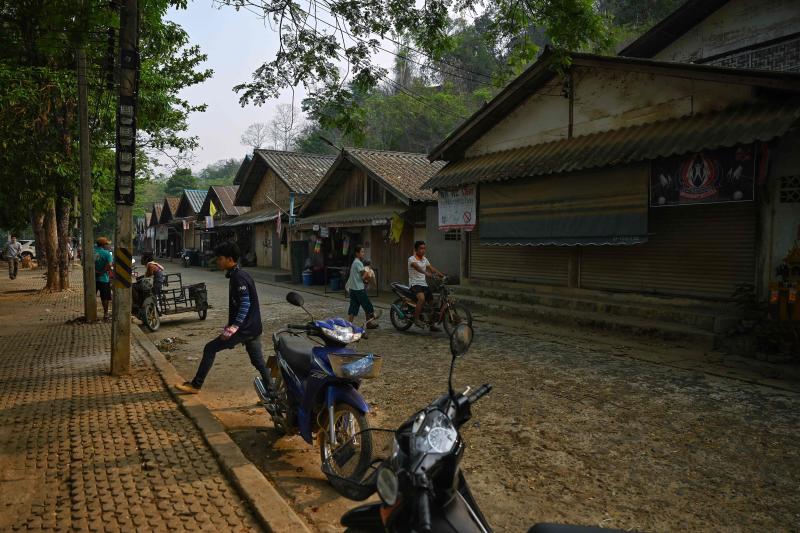 The air campaign has left Hkara glued to her phone following the news.

"I knew (the attacks) would happen because of my experience," she told AFP, adding that she had pleaded two weeks ago with family remaining in Karen to move away from the targeted areas.

The KNU is one of Myanmar's largest ethnic armed groups and has been fighting the military on and off for decades.

It has been critical of the February 1 military coup that ousted civilian leader Aung San Suu Kyi, and of the generals' bloody crackdown on protests, which has left more than 500 civilians dead.

The KNU has sheltered hundreds of anti-junta protesters in the territory it controls, and over the weekend seized a military base — triggering the air strikes in response.

Karen rights groups have accused Thailand of forcing the refugees to go back to Myanmar — something the Thai authorities strongly deny.

Declining to be drawn on whether the refugees had returned on their own accord, Mae Sam Laep resident Tamu Nochi — also ethnic Karen — said simply that he sympathised with them.

"If the Myanmar military is truly the good guy, then these refugees wouldn't have to leave their homes in the first place," he told AFP.

The 75-year-old also fled Karen state 30 years ago, and today runs a small grocery store in Mae Sam Laep's only stretch of road with shops.

The majority of the village's tiny population are ethnic Karen and live in wood and bamboo homes perched precariously on the rugged, tree-covered terrain above the river.

K'nyaw Paw, head of the Karen Women's Organisation, said the town was actually once a bustling trading point for locals in Karen state and Thailand.

"I remember when I was little, I came back and forth with my family. It was an informal trading area, a lot of Karen would come and sell stuff," she told AFP.

Food, household items, and construction materials were sold out of the shophouses by the riverside, and Karen people would ferry their wares across the Salween to hawk them to Thais.

But by the mid-90s, the junta had stepped up offensives in Karen state — sending most of the communities on Myanmar's side of the river fleeing to Thailand's refugee camps.

"The people who remained (in Mae Sam Laep) became integrated — they built up a new village, but a lot of trading was reduced as there weren't people (living across the river anymore)," K'nyaw Paw said.

Today, several stores along the waterway are shuttered and padlocked. From the village, a Myanmar military outpost can be spotted on the other side of the river.

On the river, children play in the water, while women bathe or do their washing — an idyllic, peaceful sight in contrast to the violence of the air strikes that happened just a couple of kilometres away.

Despite the life she has created in the village, Hkara still dreams of returning across the river to a Myanmar that is safe for her people.