Firefighters try to douse a fire that engulfed a Bung Kan—Bangkok bus in Ban Haet district of Khon Kaen on Tuesday. (Photo by Chakkrapan Natanri)

The incident occurred at about 12.30am on the Mitrapap highway at Nong Kham village in tambon Non Sombun.

Survivors told police the 407 Pattana Company bus departed from Bung Kan province on Monday evening and stopped in Udon Thani before heading for Bangkok with 33 passengers on board.

The bus made another stop in Khon Kaen and then proceeded shortly after midnight. While passing Nong Kham village, a rear tire of the bus burst and caught fire. The fire spread to the engine compartment and the entire bus was soon engulfed in flames.

A rescue unit and a fire engine arrived shortly afterwards and managed to put out the flames in about an hour. The bus was badly damaged.

Five passengers, two of them children, were burned to death in the bus and 12 others suffered serious burns. Sixteen other passengers were able to escape the burning vehicle and survived. The bus driver also sustained injuries.

The injured were admitted to Sirindhorn and Khon Kaen hospitals for treatment.

An investigation was underway. 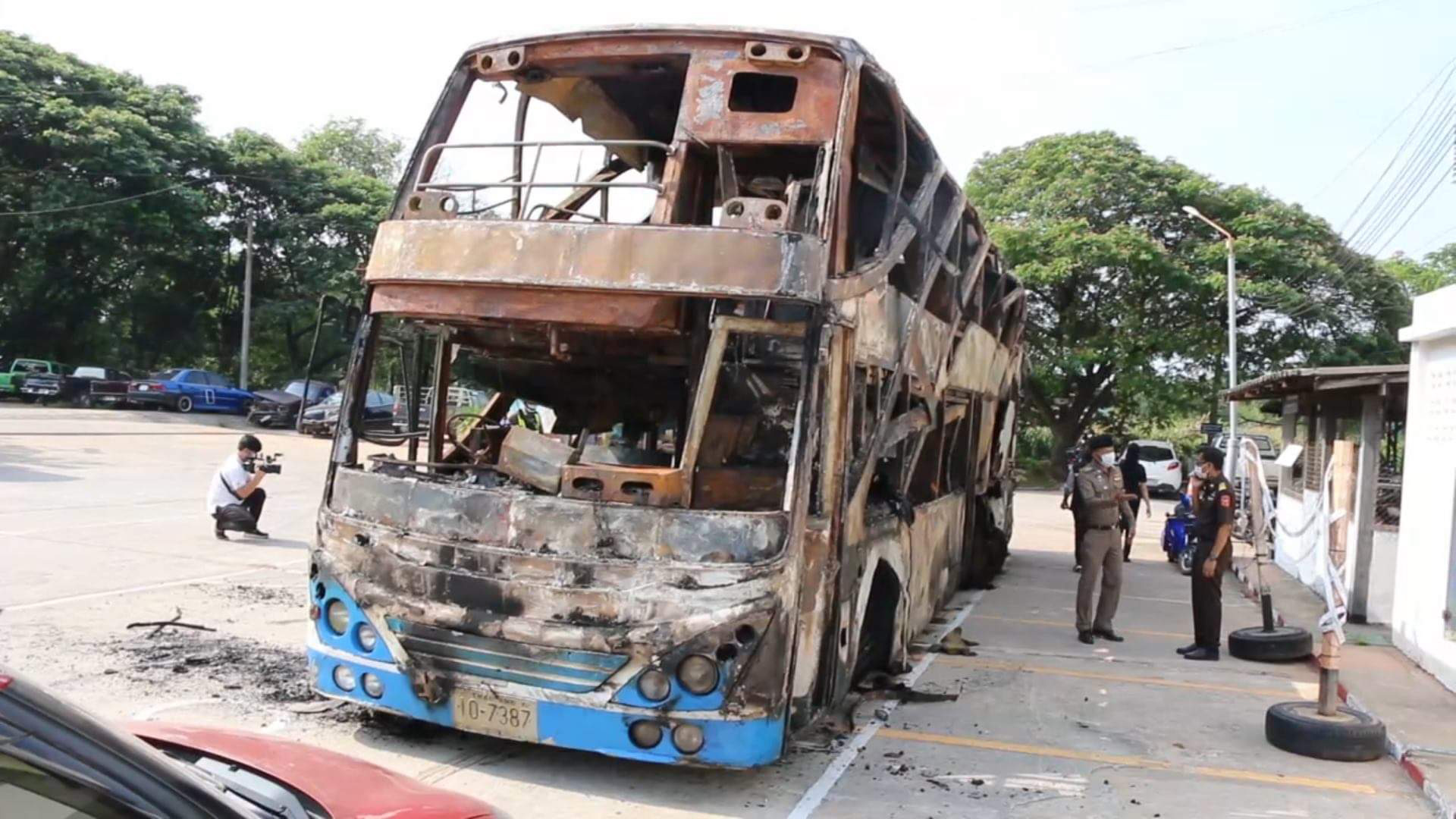