Phaiwan Aechaiyaphum, 48, wearing a full-face crash helmet, is taken for a re-enactment of his stone attacks in Bangkok, on Thursday. (Photo: Wassayos Ngamkham)

A 48-year-old taxi driver charged with using a slingshot to fire stones at buses, cars and restaurants in Bangkok has told police he was stressed out and felt a need to vent his feelings.

He allegedly used a slingshot in a series of attacks on restaurants and at buses and cars at the tunnel under Ratchada-Sutthisan intersection between March 19 and April 27.

The suspect had carried out 19 attacks between 4pm and 1am in areas under the jurisdiction of Sutthisan Huai Kwang, Phahon Yothin and Din Daeng police stations during the period, said the MPB chief.

Arresting officers also seized a slingshot found in his possession and some white stones he claimed to have collected from a gas station on Phetkasem Road.

During questioning, Mr Phaiwan allegedly confessed to the attacks. He told police he had quit his job as driver of a No.75 bus late last year as he could not make ends meet. He began working as a taxi driver about one month ago.

He carried out the attacks while driving a rented taxi, he said. Police impounded three cabs he said he used during the attacks for examination, Pol Lt Gen Phukphong said.

The suspect allegedly said he used a slingshot to fire stones at vehicles and places because he became stressed out driving, and it helped relieve his feelings.

The MPB chief said the attacker had targeted shops where there were many people, and large buses. He also fired at cars that drove too slowly for his liking.

The suspect would undergo a psychiatric evaluation, he said. Meanwhile, he had been  initially charged with physical assault, thefts and causing damage to property. He was being held in police custody. He was put through a re-enactment on Thursday. 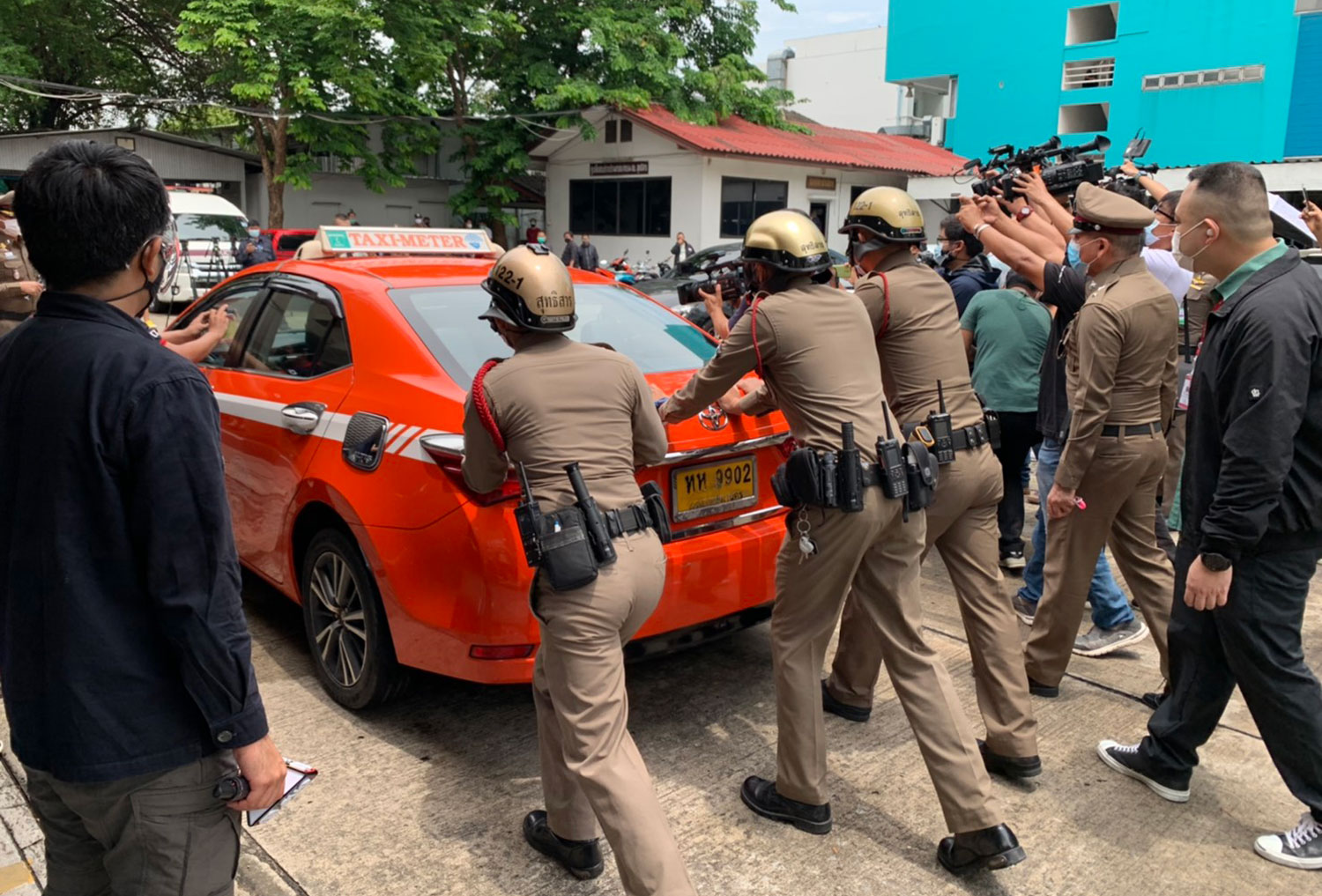