Popular comedian “Kom Chauncheun" died on Friday morning, 18 days after he was diagnosed with Covid-19 and entered hospital for treatment.

The loss of Akom Preedakul, better known by his stage name  “Kom Chauncheun’’, was posted on Facebook on Friday morning.

His daughter, Napatcharin "Ice" Preedakul, wrote on the Kom Chauncheun Facebook page around 7.30am: “My father rests in peace now’’. She had posted regular updates on his condition, which was also followed by TV news channels.

The news drew heartfelt condolences from netizens and fans.

Kom and 10 other family members took Covid-19 tests at Serirak Hospital on the morning of April 11 after they learned that a comedian he worked with, Ball Chuenyim, was infected with the virus.

On April 12, the results showed that Kom was also infected. The other family members were not, his daughter wrote.  All family members had quarantined themselves for 14 days, she said.

The comedian had received treatment at a private hospital before being transferred to Ramathibodi Chakri Naruebodindra Hospital in Samut Prakan province.

On Thursday, his condition became critical as he suffered organ failures. He did not respond to medication and was at risk of cardiac arrest, his daughter wrote.

On Friday morning, he died.

The family took Kom's body from the hospital to Wat Phra Sri Mahathat Woramahawihan in Bangkok's Bang Khen district, where funeral rites were to start at 3pm. 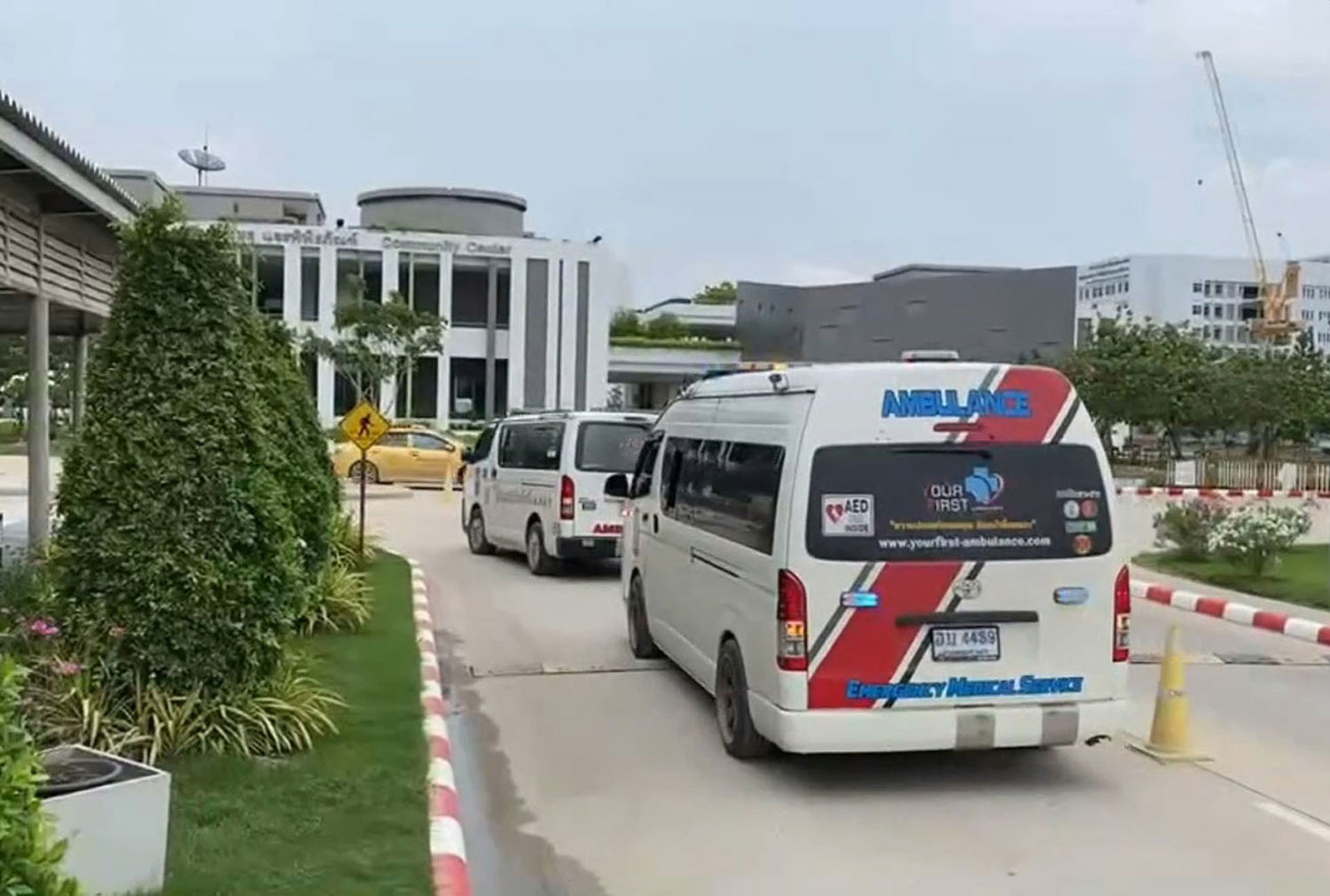