Businessman Prasit Jeawkok, accused of being the leader of a fraudulent investment ring with more than 1 billion baht in damage, has been denied bail and sent to the Bangkok Remand Prison, while the last suspect wanted in the alleged scam was caught.

Mr Prasit turned himself in to crime police on Monday to acknowledge charges related public fraud.

During questioning, Mr Prasit denied all charges. He refused to give any details regarding the investments and alleged transfers of assets during the police interrogation. He also insisted his businesses were still operating.

Pol Col Thatphum Jaruprat, deputy chief of the Economic Crime Suppression and member of the investigation team, said on Tuesday that the investigators sought approval from the Criminal Court through a video conference to detain Mr Prasit.

The investigators opposed his bail request, citing the extent of the damage and the possibility of evidence tampering. The court agreed with them and denied the request, which had offered 400,000 baht as a surety.

On the same day, police arrested Kittisak Yenyanond, the only suspect who remained at large in the case, at a hotel in Lat Yao area of Chatuchak district. He was taken to the CSD for interrogation.

The crackdown of Mr Prasit's businesses has led to speculation whether police would take serious action against them since he is a self-proclaimed royalist with extensive connections in many circles.

Pol Maj Gen Jirabhop Bhuridet, deputy commissioner of the Central Investigation Bureau and head of the investigation team, denied police's involvement with Mr Prasit after some photos of high-ranking police officers at a meeting with Mr Prasit were shown in social media.

On speculation that Mr Prasit might face a royal insult charges under Section 112 of the Criminal Code  because he had boasted on several occasions about his loyalty to the palace, Pol Maj Gen Jirabhop said an investigation found that his volunteer activities did not violate the law because the funds had not been raised for the institution.

But two others, Mr Prasit, founder of Business Services and Combined Products Trade Association and president of Khuen Khun Phean Din (Paying Back the Land  project), and Mr Kittisak were at large at the time. 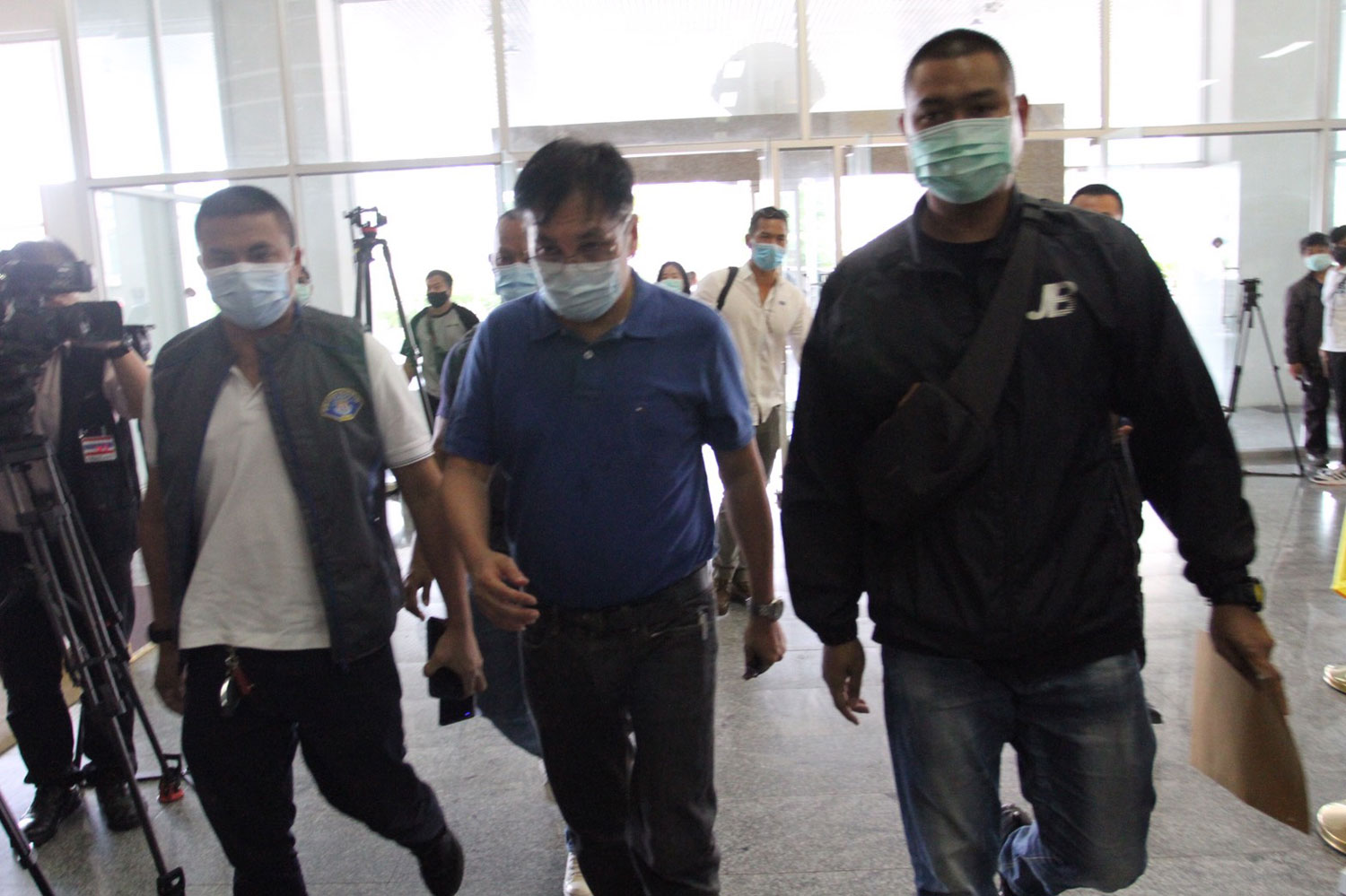 Kittisak Yenyanond (wearing blue T-shirt), the only suspect who remained at  large in connection with a fraudulent investment ring, is caught at a Bangkok hotel on Tuesday. (Crime Suppression Division photo)

All public parks operated by the Bangkok Metropolitan Administration reopened to the public on Monday, but only for limited activities.