The house in Khao Khor district of Phetchabun completed by money sent from Israel by a Thai worker killed in an air strike on Tuesday. (Photo by Soonthorn Kongwarakhom)

PHETCHABUN: When Weerawat Karunborirak left to work in Israel in 2018, he had only one thing in mind: to earn money there that he could use to build a house for his family.

The house in Khao Khor district has been completed with the money he sent to his wife, but the 43-year-old worker will never live in it himself.

"The house was completely finished and my husband never had a chance to see it," his wife, Ruenrat Saelee said.

Weerawat was one of the two Thai workers killed in a Palestinian rocket strike on an Israeli farm over the Gaza border on Tuesday.

He normally called his wife twice a day, during a noon break and around 8pm. On Tuesday, the calls never came. His wife called him repeatedly without answer, later to hear the news from a friend that a rocket had landed on her husband's camp -- right on her husband's room.

"I was shocked and I am still confused. I really don't know what to do," Ms Ruenrat said. 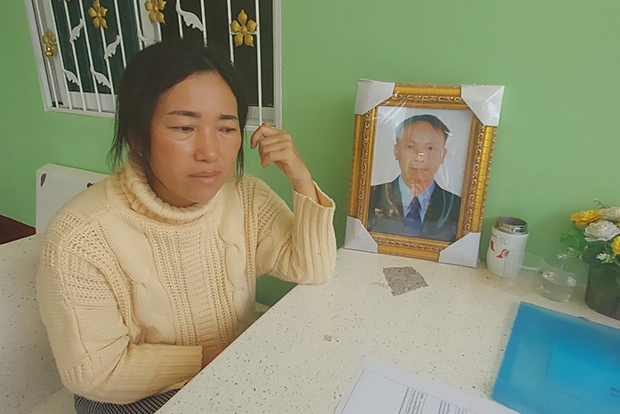 The house is now occupied only by her and her two daughters, with the only income derived from selling grilled meatballs. She will later receive some financial compensation from the Social Security Fund following her husband's death.

Right now, however, all she wants is to have her husband's body home for a religious ceremony. It's the closest to home he will ever come.

Marriages in Malaysia rebounded in 2021 as divorces fell further, indicating that Malaysian couples may be more hesitant about separating after the coronavirus pandemic.