CHON BURI: Two policemen were shot and wounded at a luxury house on a golf course in Bang Lamung district, near Pattaya, and a Chinese man was later arrested and charged.

The house is at Phoenix golf course in tambon Huay Yai of Bang Lamung. The shooting occurred on Wednesday.

According to media reports, there were three luxury cars – a Porsche, a Rolls-Royce and a Mercedes Benz, all with Bangkok plates - parked in the house grounds, a compound covering more than one rai of land.

Members of the SWAT special police task force entered the premises after the shooting and arrested a Chinese man. Thai media identified the man as Jang Yang, 35.

Pol Capt Phanthep sustained three gunshot wounds - to his shoulder, chest and stomach. He was admitted to Chon Buri Hospital in a serious condition.  Pol Snr Sgt Maj Kreetha was shot in the right leg and admitted to Bangkok Pattaya Hospital.

Natthawut Donchaisong, 41, a gardener, told police he was cutting grass in front of the house when police arrived in 3-4 cars, got out of the vehicles and approached the house.

He heard the sound of knocking on the glass door twice, followed by gunshots. He heard at least 10 shots as he quickly ran into hiding in front of the house.

A member of the team involved in the raid said they were armed with a search warrant and went to the house to execute it. A foreigner inside had opened fire at them. 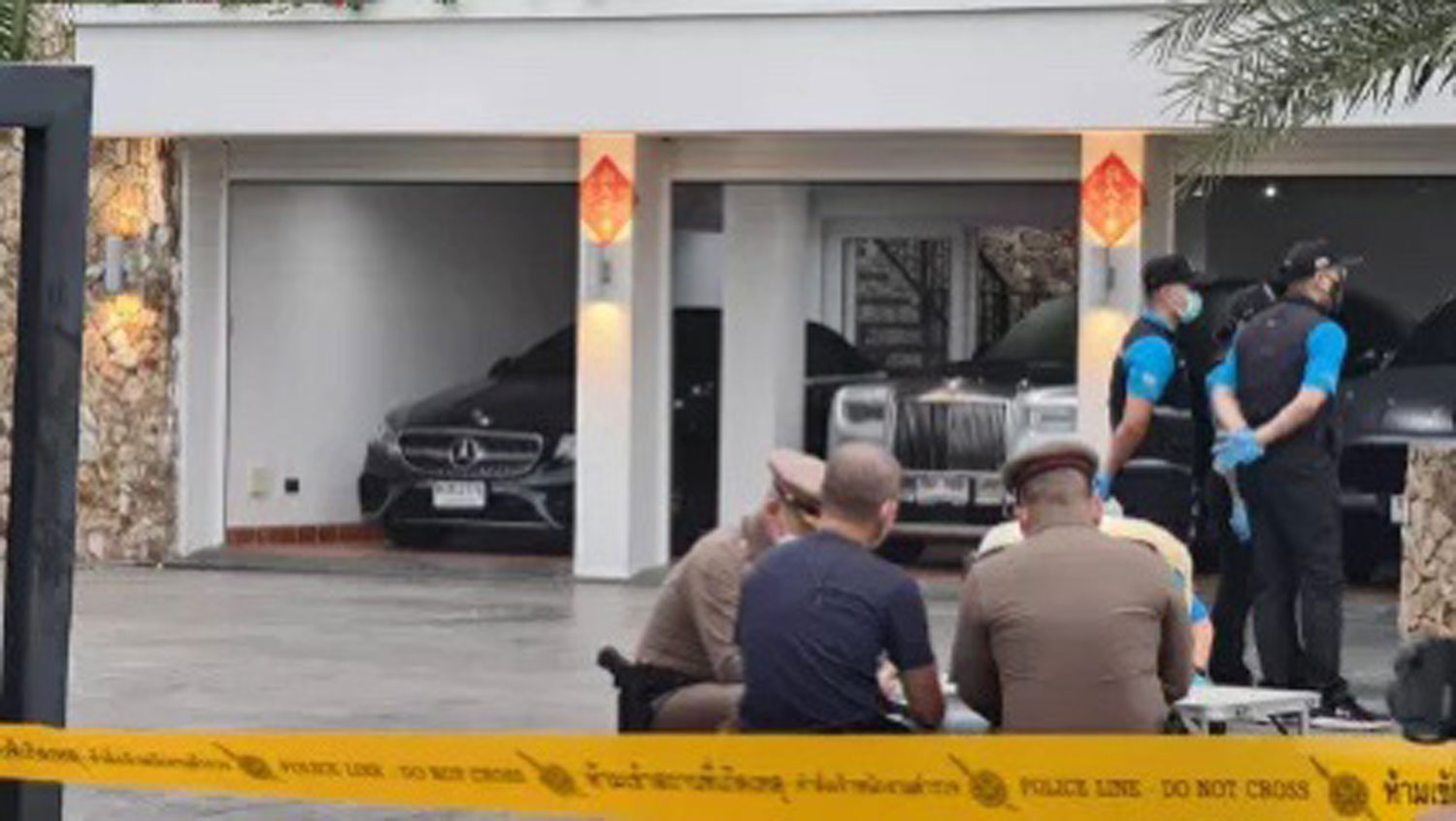 A police source said a 9mm machine pistol was used in the shooting. Officers found more than 40 spent 9mm cartridges scattered inside the house, near the door.

Thai media reported that the two injured officers were among seven police, armed with a search warrant from the Pattaya Provincial court, who went to the house. They were looking for evidence that a group of Chinese nationals who rented the house might be members of a mafia gang, as they seemed to be unusually rich. (continues below) 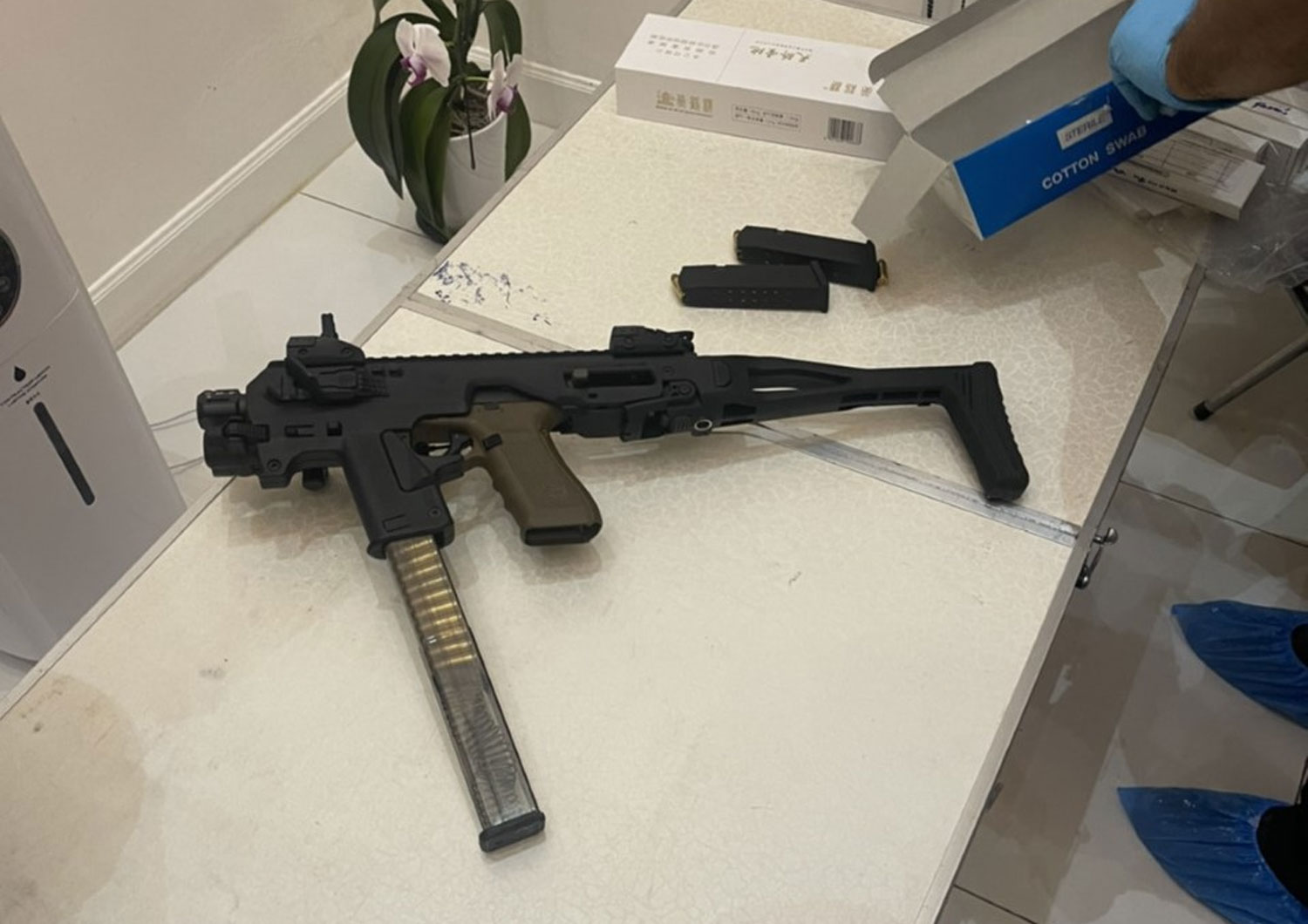 The gun used in the shooting at a house at the Phoenix golf course in tambon Huay Yai of Bang Lamung on Wednesday. (Photo: Chaiyot Pupattanapong)

The person who fired the gunshots had remained hiding inside the house. More police later arrived and arrested him.

The suspect was taken to Huay Yai police station and held on charges of attempted murder.

Eight other people inside the house were detained for questioning - five Chinese nationals,  the gardener and two Myanmar maids.

There were eight people, all foreign nationals, inside the house at the time of the shooting, he said. One had opened fire with a gun. He was charged with attempted murder and illegal possession of a firearm, he said. 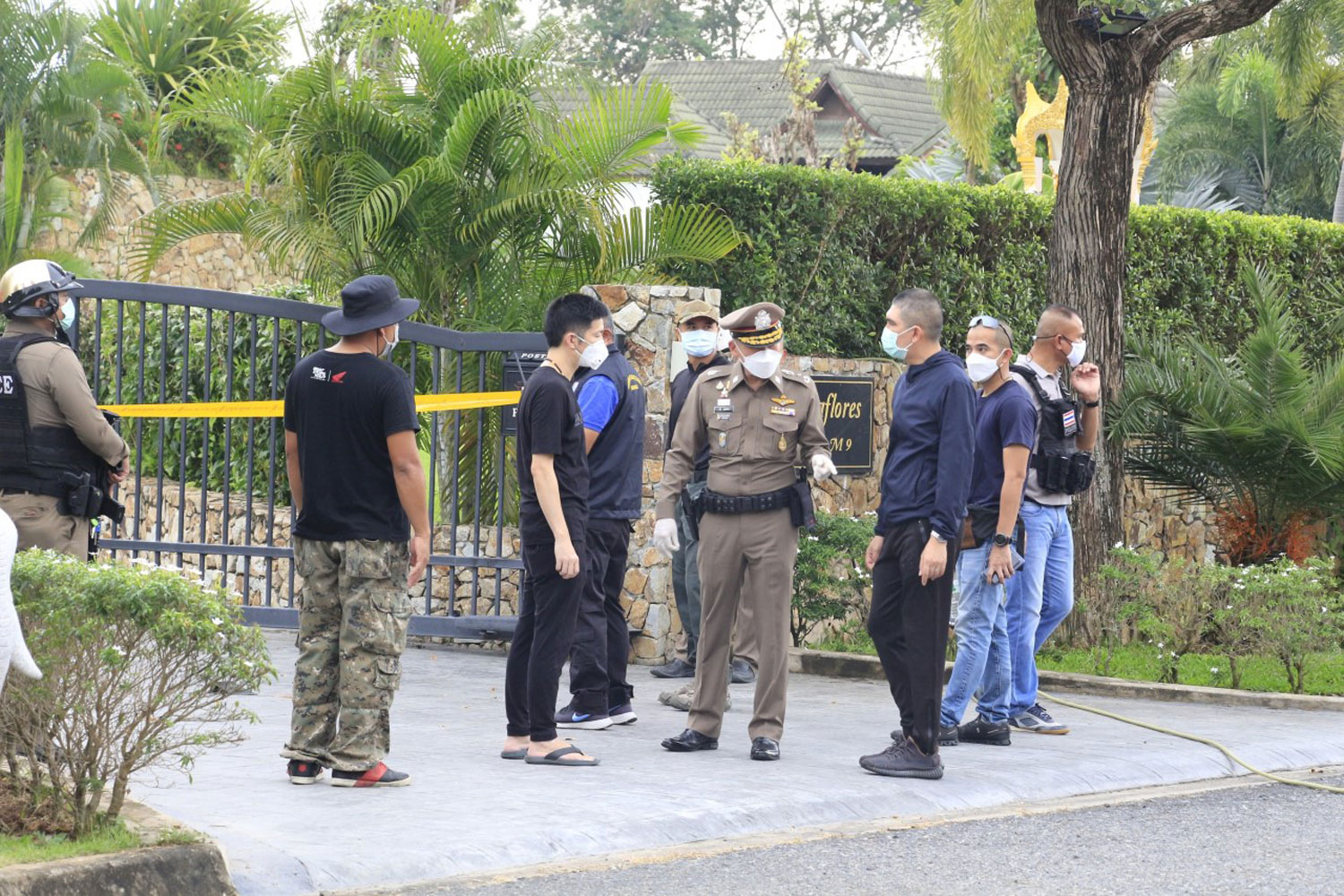 Police cordon off the entrance to the house after the arrest of the suspect. (Photo: Chaiyot Pupattanapong)