TRAT: A small cargo ship sank in the sea off Khlong Yai district on Friday morning, drowning all but one of the cargo of 200 pigs it was taking to Vietnam.

The boat, with its pigs in cages and a captain and five Cambodian crewmen, left Chalalai pier in tambon Hat Lek on Thursday night for Vietnam. It was to travel in company with a larger vessel carrying 600 pigs.

The smaller boat ran aground on a rock not far out from the pier, and remained firmly stuck.

On Friday morning, a high tide caused the boat to list over, and to finally capsize, according to Charoen Chalalai, the operator of the pier.

A total of 199 pigs drowned. Just one survived, he said. All were salvaged from the sea and taken to shore. It took more than two hours.

The crew were safe. It was not clear what was in store for the dead pigs.

Pongsak Thanawattananon, chief of Khlong Yai customs checkpoint, said pig numbers in Cambodia and Vietnam had been decimated by an outbreak of disease.

Merchants in those countries were ordering pigs from Thailand to make up the numbers, Mr Pongsak said.

He valued the lost cargo at more than 2 million baht. 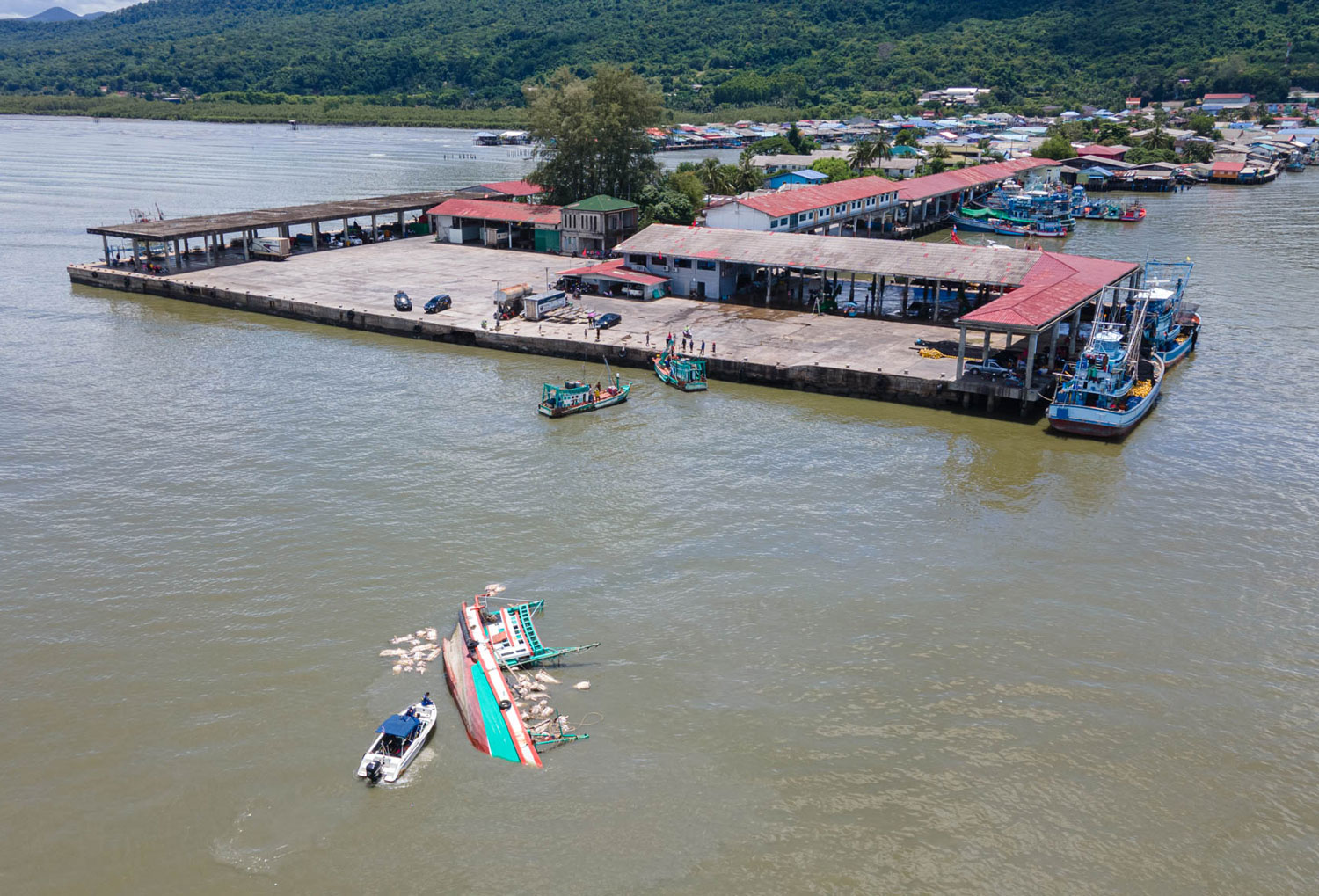