Police seized a Nissan March on Sunday morning in Muang district of Khon Kaen province and found about 9 kilogrammes of stolen cables and some equipment in it. Two men were arrested for stealing. (Photo: Chakrapan Natanri)

Police said that after being alerted by local residents, at about 3am they caught Adisak Soysud, 32, and Surachai Lunbudda, 50, both from Ban Fang district, red-handed stealing cables at a power post on Lao Dee road opposite the Administrative Court of Khon Kaen.

When police arrived, one of them was climbing up the post in order to cut the cables. The other was waiting below.

In a Nissan March parked nearby, police found various kinds of cables weighing about 9 kilogrammes and equipment used for cable theft.

Pol Maj Pongpak Siripattanapong, an investigator, said the two confessed they had stolen cables from various places on more than 20 occasions. The stolen cables were first burned to peel off the plastic or rubber tube, and the remaining copper wires were sold to junk shops in Khon Kaen town, he said. 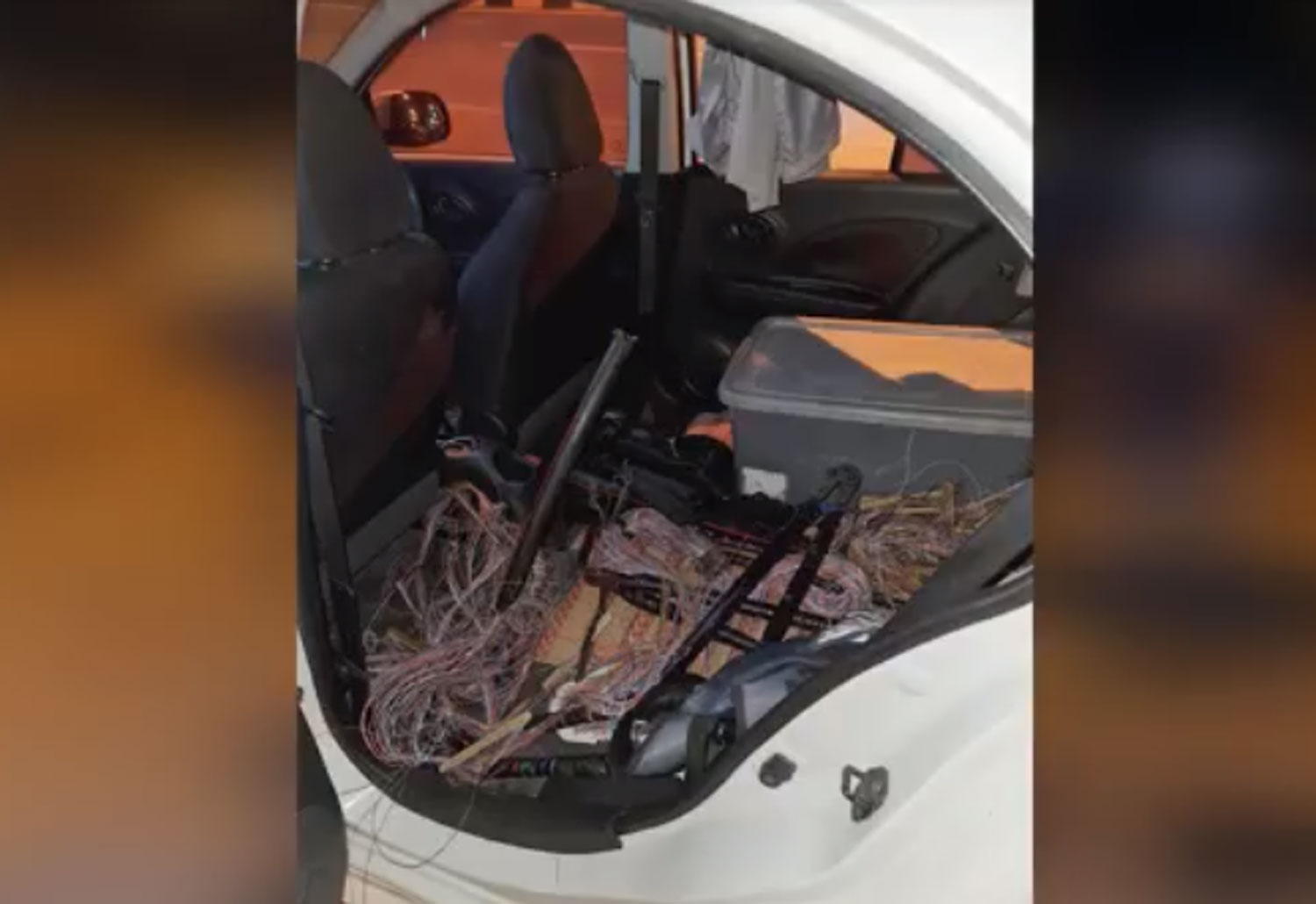 Police seized a Nissan March with stolen cables and some equipment in it in Khon Kaen on Sunday morning. (Photo: Chakrapan Natanri)