Tambon accused of graft in purchase of kinnaree-topped street lights

SAMUT PRAKAN: A local administrative organisation has been accused of overpaying for more than 6,000 solar-powered street lamps topped with mythical kinnaree figures.

TAO chairman Songchai Nokkhamin insists everything about the project is above board.

Mr Songchai came out to defend the solar-cell project on Thursday. He said all procedures were properly followed in the bidding, purchase and installtion of the new street lights in his tambon.

Three panels had been set up to oversee the project, he said.

One was responsible for setting terms of reference and price of the poles and the locations to install them. A second panel had called for tenders for the job. The third was tasked with inspecting them, Mr Songchai said.

The TAO chairman insisted nothing violated regulations and he had all necessary documents to prove with the National Anti-Corruption Commission.

He claimed attempts were being made to disecredit TAO Racha Thewa executives.

“It’s easy to criticise that it’s a waste of budgets and why there is only one firm doing it. They must come to see details in documents,’’ said Mr Songchai. (continues below) 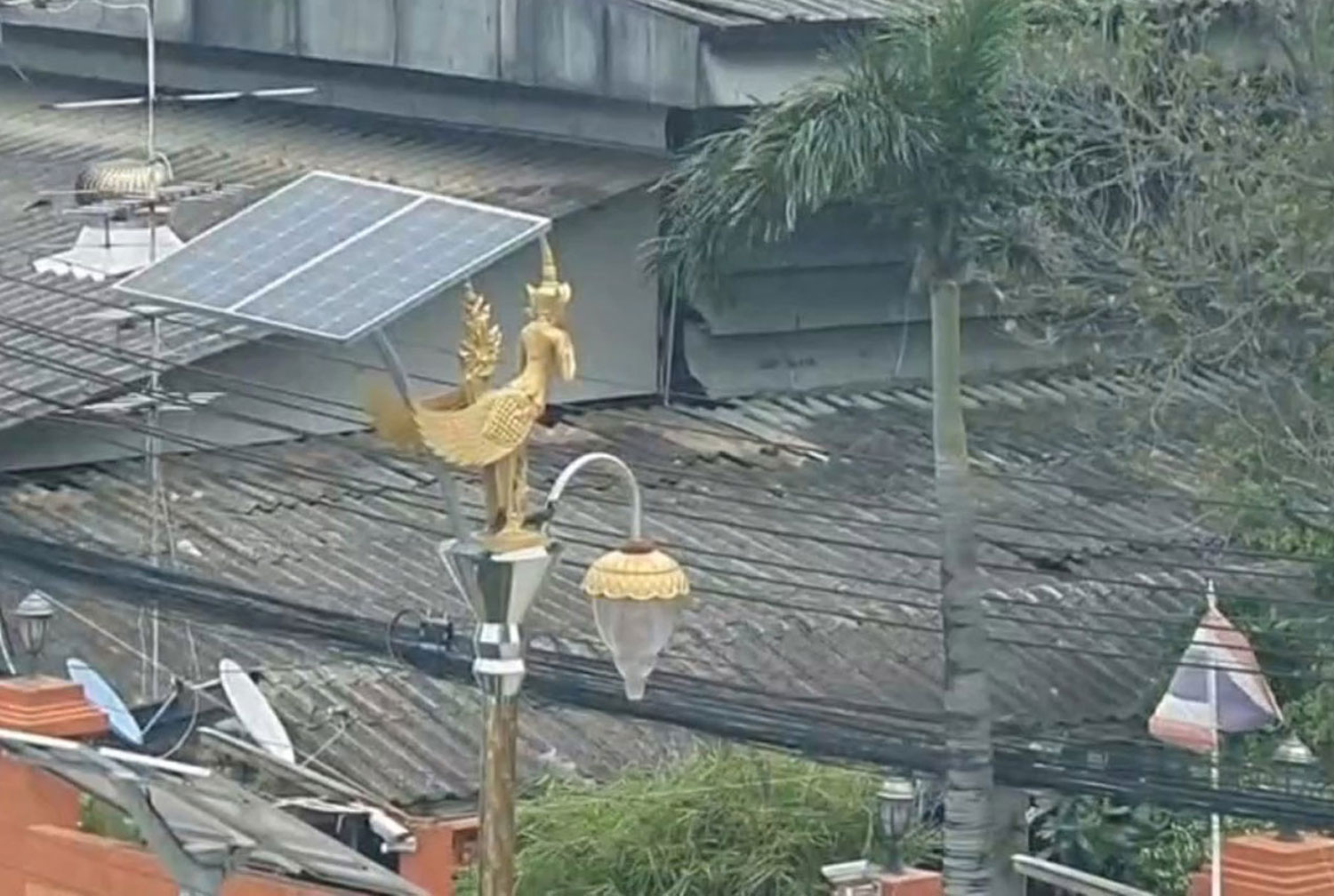 The Isara news agency and “Must Share’’ Facebook page recently exposed the alleged irregularities in the purchase of the solar-cell poles topped with kinnaree, a half-man half-bird creature. They questioned the budget spending for the poles.

According to the Facebook page, which campaigns vigorously against corruption, between 2019 and 2021 the Racha Thewa TAO overspent on seven contracts for 6,773 poles at an average price of 94,884 baht each, for a total cost of about  642,650,000 baht.

The poles are topped with decorative kinnaree and line the streets in many areas in the tambon. All were installed by one contractor, Bangkok Road Lighting Co.

The page asked for state agencies to examine the projects, saying a huge budget was involved and many lamp posts installed.

Another local government organisation in Samut Prakan was earlier accused of over-paying for solar-powered light poles with a plane on top. 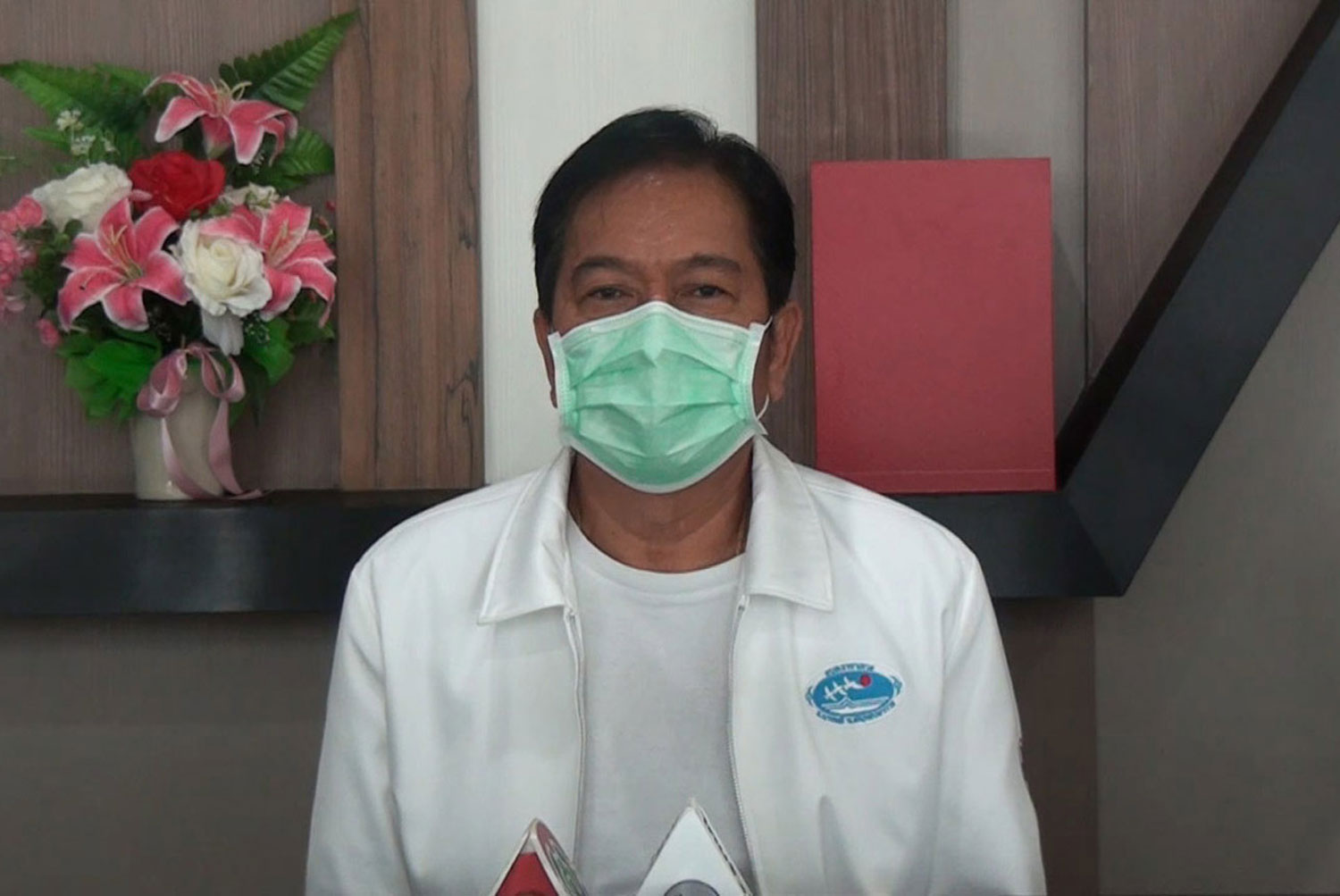 Songchai Nokkhamin, chairman of the Racha Thewa tambon administration organisation, insists the purchase and installation of the lamp posts was above board. (Photo: Sutthiwit Chayutworkan)