Pistols and revolvers seized from crackdowns on suppressing the online illegal firearms trade in the past two weeks displayed during a press briefing. (Photo by Nutthawat Wichieanbut)

The Crime Suppression Division (CSD) has launched three consecutive operations to stamp out the online illegal arms trade in the past two weeks.

During Covid, many shoppers are turning to buying online, and arms purchases are apparently no exception, despite the risk.

Thais are ordering firearms online from illegal traders on the black market. The guns are distributed to criminal networks which can lead to future crime.

Before the operation, Pol Col Pongpanot Chukaew, superintendent of the CSD's sub-division 6, picked up clues about the source of illegal arms trade via a secret Facebook group named Chum Chon Talat Dam ("Black Market Community") and a Line group, used in the southern region, with more than 200 members.

After their investigation, police captured three offenders, the group founder and various admins in Songkhla's Sadao district. They also seized more than 40 firearms.

"One suspect said an agent in Bangkok works with a major arms trader, who runs a gold shop and courier service to hide his illegal arms business," said Pol Col Pongpanot.

He would send the firearm when he received an order. This clue would later lead to the crackdown operation.

Pol Col Pongpanot said the operation started early on June 2, and involved raids on eight spots across Bangkok and other provinces. 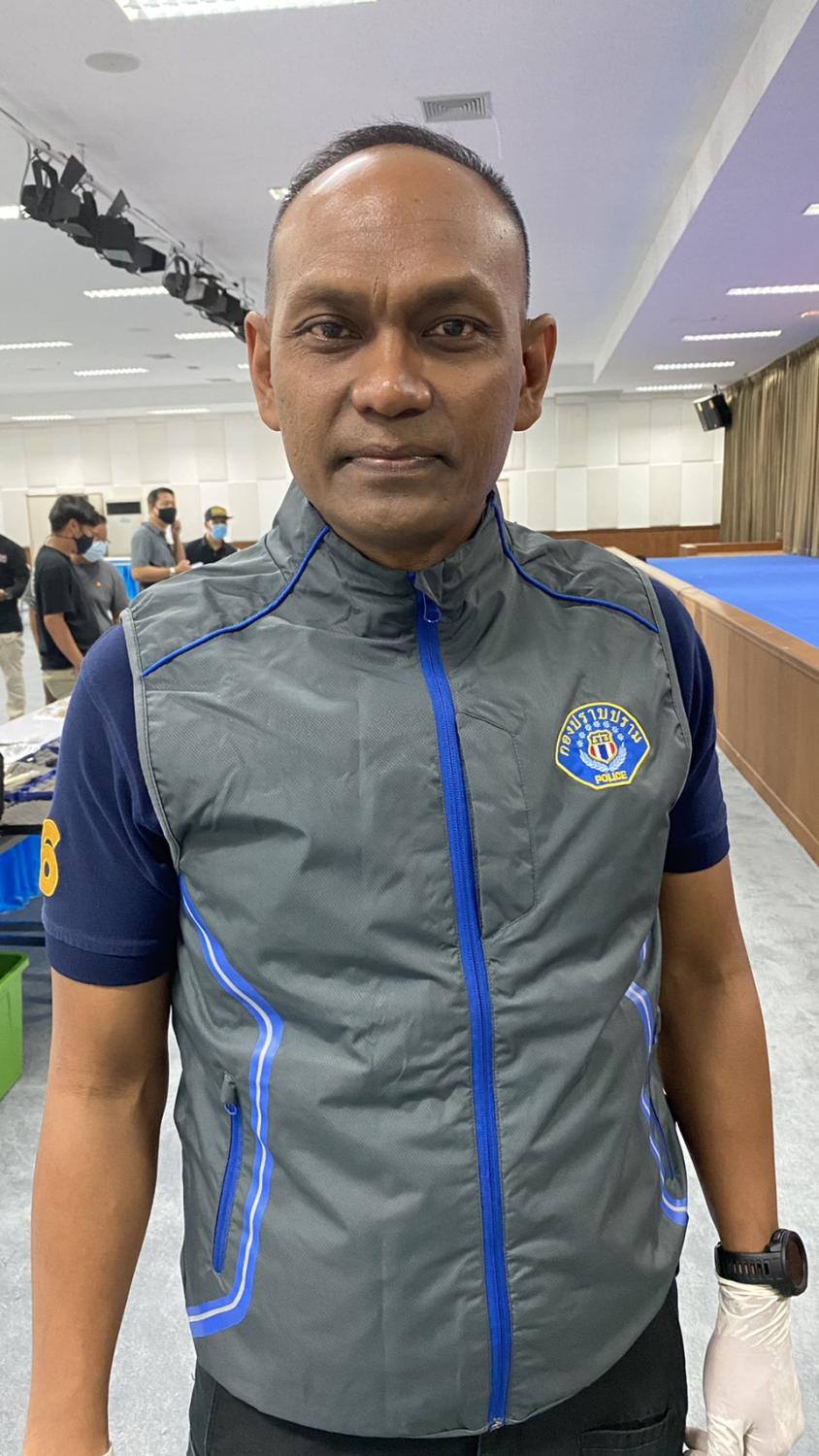 Police seized 41 pistols, 15 rifles, 14 grenades and about 1,000 cartridges of ammunition.

Pol Col Pongpanot said the transactions was made through Mr Naruepon's bank account and the parcel would be sent by Mr Saharat. The suspects admitted their part in the racket.

Initially, all three face charges of possessing firearms without permission and possessing weapons of war.

On June 4, CSD police started the second crackdown, searching a room at a condo on Phutthamonthon Sai 2 Road which was used to store 78 firearms and ammunition. All items were seized and later handed to forensic experts to determine whether they were linked to other crimes.

A third operation started on June 9 in which Sippawut Promprasit, 28, was nabbed in front of a gun repair shop in Phra Nakhon district.

Mr Sipawut was wanted on arrest warrant issued on a charge of possessing firearms with intent to distribute.

The CSD has been busy suppressing the illegal arms trade since May.

It has arrested nine suspects to date and seized 154 firearms, 14 grenades and thousands of pieces of ammunition in trasactions worth more than 100 million baht, Pol Col Pongpanot said.

Some Thais procured illegal firearms which were smuggled into the country or traded locally made guns.

"If we allow illegal arms trading to continue, it could lead to future crimes as most of the customers were found to be gun collectors, hitmen and even drug networks," said Pol Maj Gen Jirabhop.