The two suspects, Cpl Vorasart Lailang, 31, of Khon Kaen and Nawatkorn Pongassaphon, 31, of Nakhon Ratchasima (both seated), cover their faces at Rattanathibet police station after their arrest on Wednesday night for extortion. (Photo: FM91bkk.com)

NONTHABURI: Two men, one a soldier, have been arrested for allegedly demanding 2 million baht from a businessman in return for not posting obscene pictures of him on social media.

Nawatkorn Pongassaphon, 31, of Nakhon Ratchasima, and Cpl Vorasart Lailang, 31, of Khon Kaen, were apprehended by police from Rattanathibet station at a shopping mall in Muang district around 7.30pm on Wednesday.

Police also seized from them 2.1 million baht cash in a bag, two mobile phones and a notebook computer as evidence.

They were charged with colluding in extortion, Thai media reported on Thursday.

The arrest came after the 57-year-old owner of a food processing company filed a complaint with Rattanathibet police.

He said an unidentified person had sent him a message on June 7 via Line chat demanding money "in exchange for deleting your pictures from the past".

"They are obscene pictures and I will not forward them to other people with malice against you if money is paid. I only want money and do not want to cause damage to you. If you pay, everything ends,"  the message said.

The sender used the word "kha'', suggesting it was woman.

On June 12, he received another Line chat message, “ 2.1 million baht. I will come to get the money and delete the clip and clear up everything".

The businessman feared the pictures would be published and would tarnish his reputation. He went to police for help.

On June 16, the victim received another message threatening to post pictures and a video on social media. He alerted police.

When he arrived at the shopping mall, as directed, on Wednesday night the two suspects showed up to get the money. They were arrested while counting the cash.

During questioning, Mr Nawatkorn allegedly confessed to the extortion charge, but Cpl Vorasart denied any involvement.

The arrested soldier's commander was informed and the two men were held in police custody for legal action. 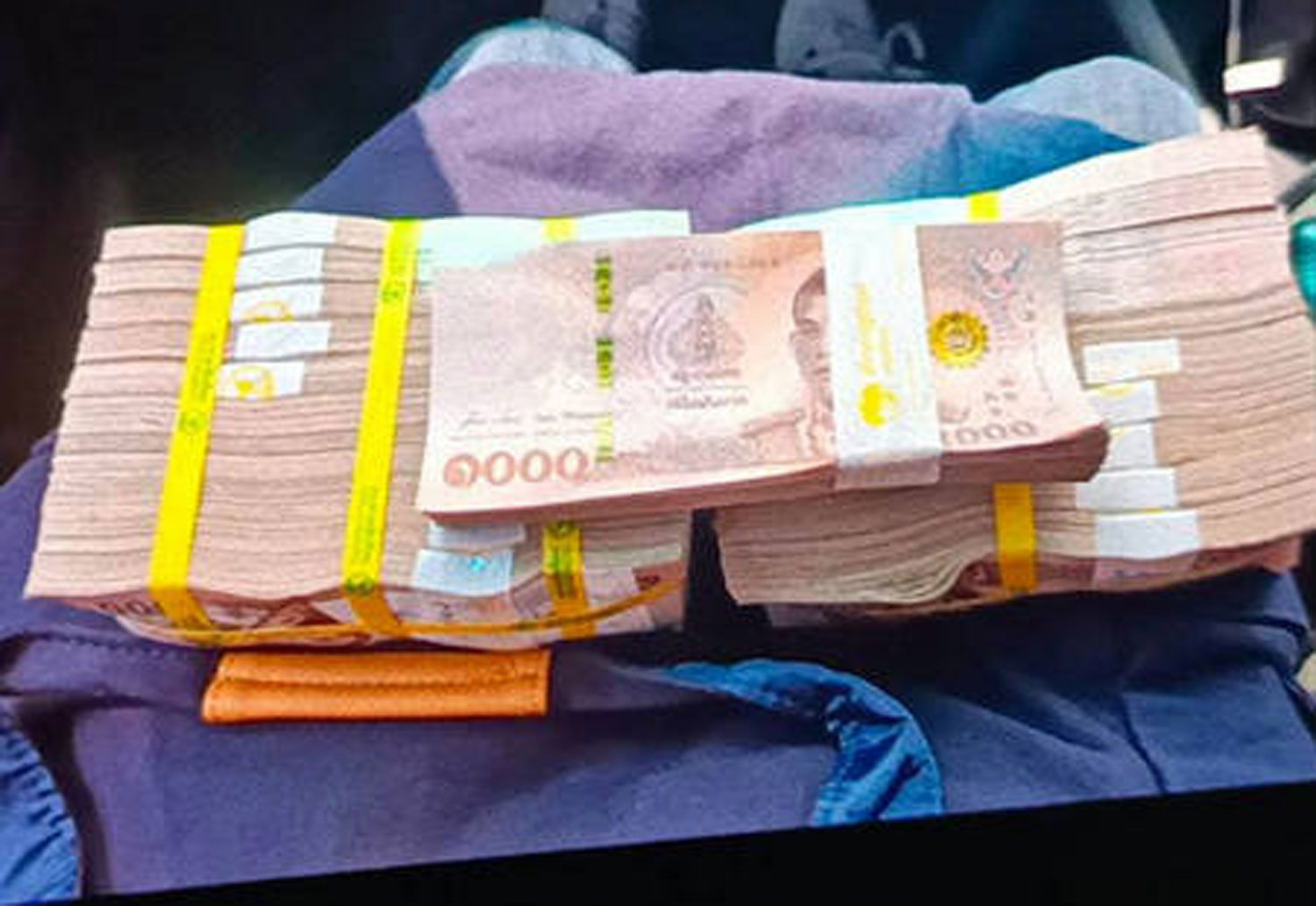 The  2.1 million baht in cash seized from the two suspects in the extortion case at a shopping mall in Nonthaburi. (Photo: FM91bkk.com)