Thirty-five illegal migrants from Myanmar, with five children, spotted in Mae Sai district, Tak, after they crossed the border during heavy rain in the early hours of Friday. (Photo: Assawin Pinitwong)

The soldiers stopped them for a search. There were 24 men and 11 women, accompanied by five children. All were from Myanmar and none of them had travel documents.

The migrants said they had crossed the Moei River into Thailand during a downpour in the hope of not being seen.

The officers checked their temperatures, all were normal, before handing them over to Mae Sot immigration checkpoint for legal action. 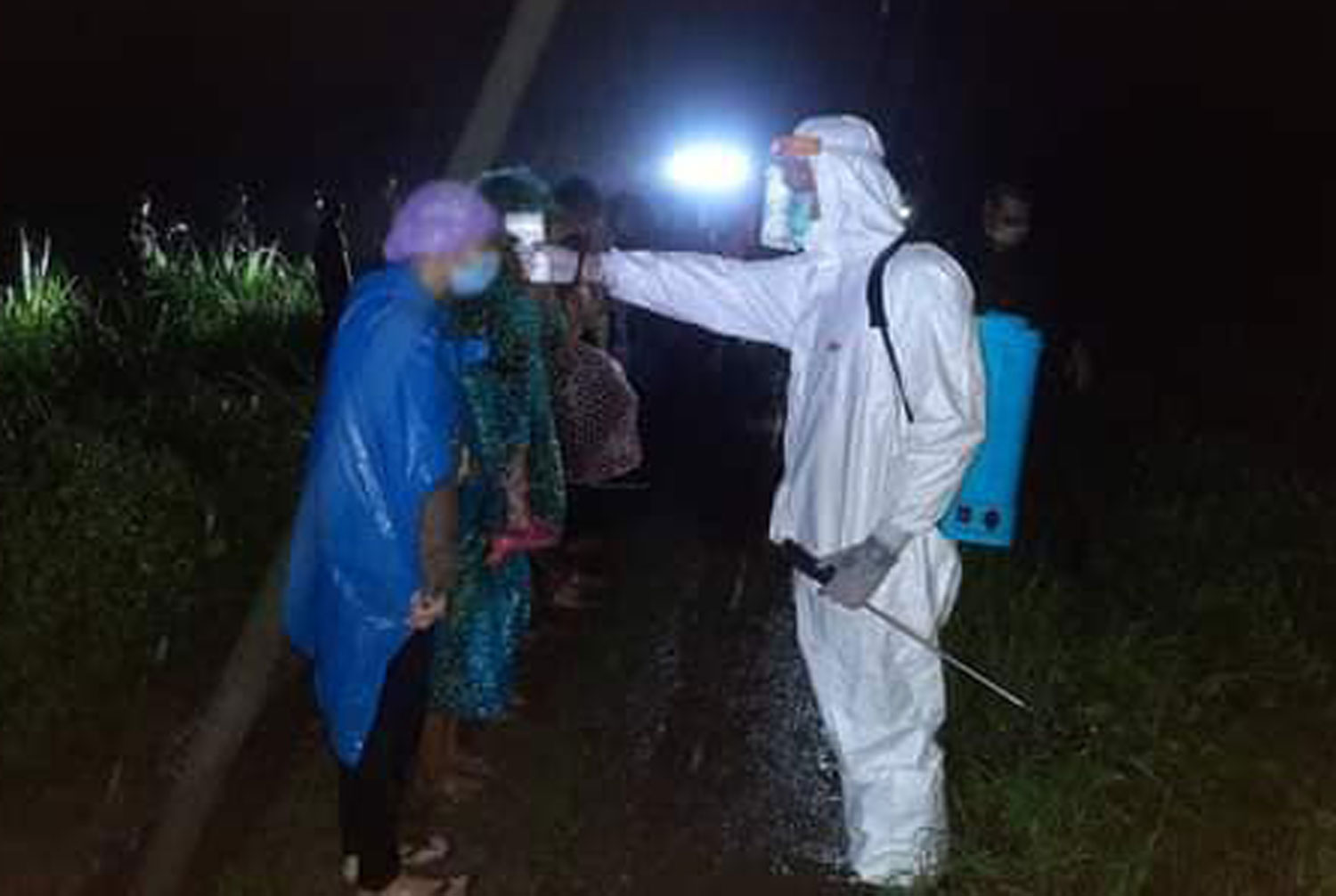