Police check a computer at a house in Mae Ramat district of Tak, where they found thousands of pornographic files featuring children and adults. (Photo supplied)

TAK: Police have arrested the administrator of a child pornography website and seized thousands of files featuring girls and women from his house in Mae Ramat district.

Officers from the Cyber Crime Investigation Bureau (CCIB) and local police took part in the raid on the house in tambon Mae Jarao, where they seized a computer, a mobile phone and a bank passbook. The suspect was identified only as Olarn, 28.

The arrest followed a complaint by a group of girls aged below 18 that pictures and videos of them had been posted on the “VK Sanoh Sortaling” website on VK, the Russian social media and networking platform that has some 500 million users worldwide.

The CCIB investigated the complaint and found Mr Olarn was the administrator of the site, said Pol Lt Gen Kornchai Klaiklueng, the commissioner of the bureau.

During questioning, police said Mr Olarn admitted he was the administrator of the site, which had been open for one year. He reportedly earned about 50,000 baht a month in fees from people visiting the site.

Investigators found the suspect had more than one million baht in his bank account. A former military conscript, Mr Olarn had not held a job since his military service ended, and stayed at home, said police.

The suspect was charged with possessing child ponographic materials for sexual and commercial purposes and inputting pornographic data into a computer system. He was held in police custody at Mae Ramat police station for further legal action. 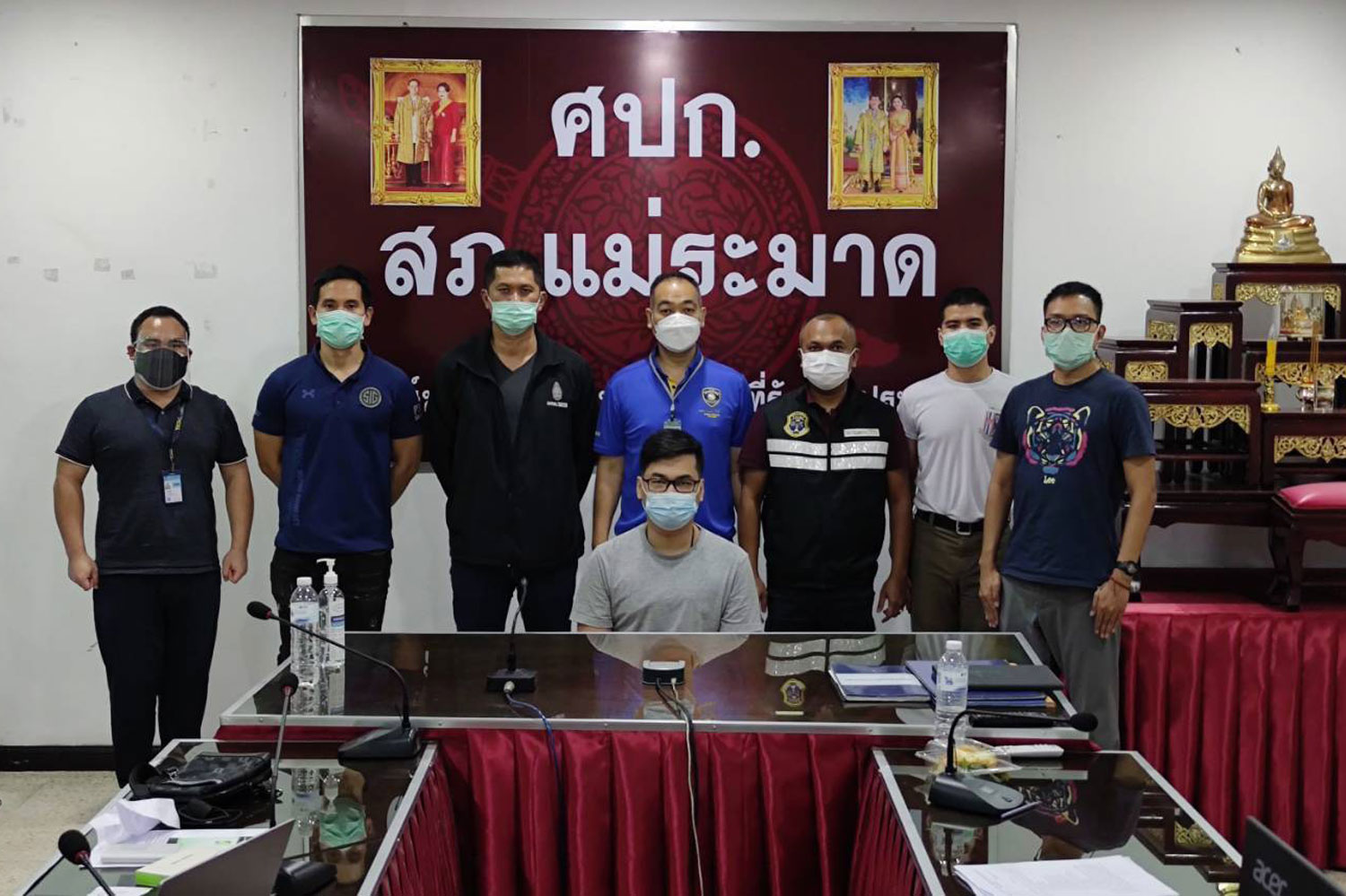 Suspected child-porn distributor Olarn (no surname was given) is shown at a police briefing following his arrest in Mae Ramat district of Tak. (Photo supplied)