Tourists from Frankfurt are greeted by THAI staff at the Phuket international airport on Saturday morning. Three flights from European countries touched down at the airport to bring tourists to the island province under the Phuket sandbox scheme. (Photo: Achadthaya Chuenniran)

PHUKET: Thai Airways International has brought another 122 tourists on three flights from Europe to the resort island, bringing the total number of visitors under the quarantine-free sandbox scheme to almost 1,000.

The three flights from Copenhagen, Frankfurt and Paris carried 158 passengers, 122 of whom disembarked in Phuket, while the rest went on to Bangkok.

They were among 484 passengers on seven flights scheduled to land in Phuket on Saturday. The number of tourists planning to stay in Phuket on the other four flights has not yet been confirmed.

On Thursday and Friday, the first two days of the programme, the island welcomed 326 and 514 tourists, respectively, according to Nanthasiri Ronnasiri, director of Tourism Authority of Thailand's Phuket Office.

When combined with 122 on the THAI flights on Saturday, the number of foreign visitors since the start of the scheme was 962.

None of the arrivals over the past two days tested positive for Covid-19.

Phuket reported seven local infections on Saturday, bringing the third-wave toll to 746 cases and seven deaths. So far, 67% of its population of around 400,000 has been fully vaccinated while 84% have received the first shot, according to Friday's data.

The details of the three THAI flights on Saturday were:

THAI executive Nont Kalintha, Tourism Authority of Thailand deputy governor Siripakorn Chiewsamut and executives of the Phuket airport led airline staff and officials to welcome the passengers travelling from Frankfurt at the airport.

Mr Nont said THAI operated flights to Phuket in line with the government’s policy to stimulate tourism and economy under the sandbox scheme.

THAI has arranged five direct flights from Europe to Phuket. The two other flights will arrive on Sunday.

THAI has also planned to arrange more flights during the cold season this year, he added. 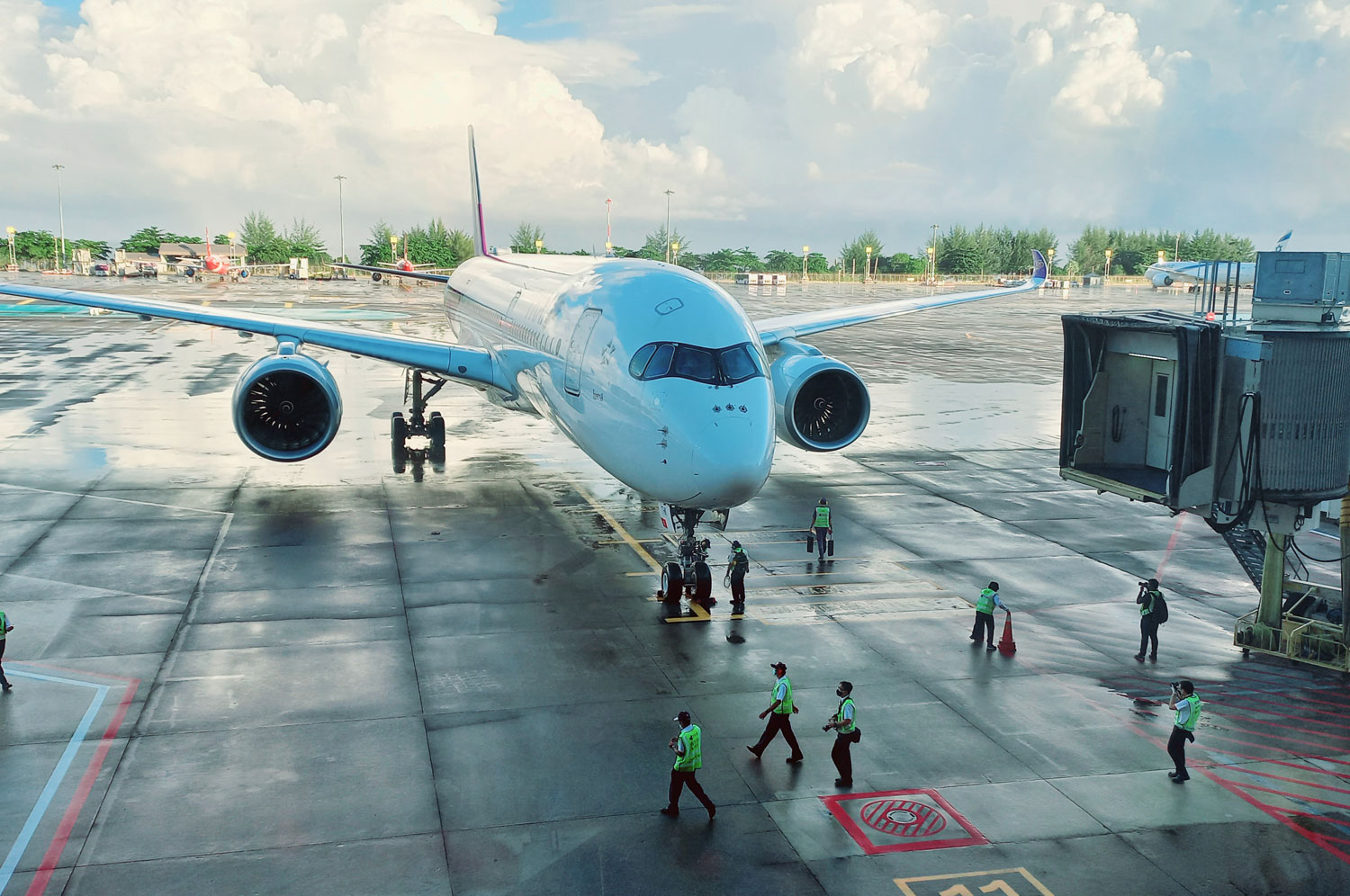