A helicopter drops fire-retardant foam to battle the chemical fire at Ming Dih Chemical Co factory in Samut Prakan that killed one rescuer and injured at least 39 and prompted the evacuation of people within a 5-km radius. (Photo: Wichan Charoenkiatpakul)

A massive blaze at a factory producing plastic foam and pellets in Samut Prakan's Bang Phli district has prompted calls for immediate action to prevent carcinogenic and other hazardous materials left behind by the blaze from further damaging the environment and communities around the factory.

As of press time on Monday, a rescue worker was killed and at least 39 people -- including 12 other rescue workers -- were injured following the blast and subsequent inferno at Ming Dih Chemical Co factory complex.

The victim was identified as Kornsith Laophan, 18, who was killed as he and other volunteers were fleeing from a burning chemical storage site. He stumbled and was consumed by the fire, authorities said.

The effort to extinguish the chemical fire -- which is still ongoing -- sent thick black smoke into the sky above Bang Phli district throughout the day yesterday, which was visible from many parts of the capital.

Helicopters, including several owned by the army, were called in to help firefighters spray fire retardant foam over the burning complex. Their focus yesterday was to keep the advancing flames away from other chemical storage sites in the complex, which could trigger further explosions.

The black fumes generated by the burning chemicals prompted authorities to warn local residents about the dangers of toxic smoke inhalation. 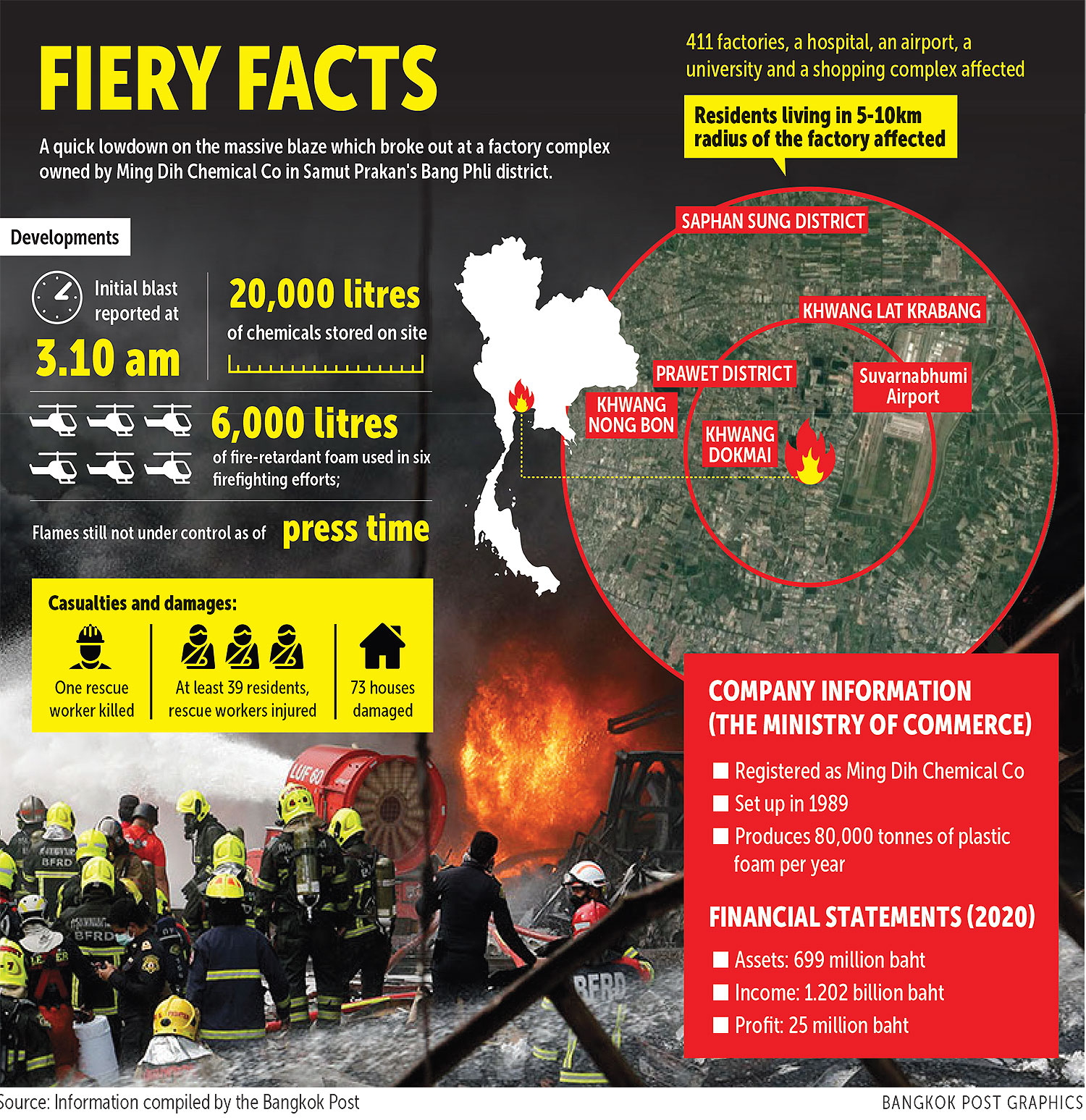 The initial explosion, which could be felt as far as nine kilometres away, damaged 15 cars and 73 houses in the neighbourhoods around the factory.

Piraya Kaewchang, a local resident whose house is located just 400 metres away from the burning factory, said she was lucky to be awakened by the blast.

"I ran out of my home when I heard the loud explosion. Shortly after that, I saw the ceiling on the second floor of my house collapse," Ms Piraya said.

About 160 local residents on Monday lodged complaints with the police against the factory's owner and called for compensation.

The Disaster Prevention and Mitigation Department said the inferno began with an explosion about 3.10am, but it has not yet determined what caused the blast.

Homes within a five-kilometre radius of the factory were evacuated amid fears of further explosions, as it was said that about 50 tonnes of chemicals were stored on the premises. An area of particular concern for firefighters yesterday was a site which held 20,000 litres of chemicals alone. Many residents of communities within a five-kilometre radius of the explosion site at a shelter at the office of tambon Bang Phli Yai administration organisation, Samut Prakan. (Photo: Pornprom Satrabhaya)

Later in the afternoon, Phensiri Khotphum, the director of a health promotion centre in tambon Wat Salut, said evacuees sheltering at Wat Salut would be taken to another shelter in tambon Bang Phli Yai, as authorities have expanded the danger zone from 5km to 10km around the factory.

Ritnarong Sibua, head of the office of tambon Bang Phli Yai administration organisation, said at least three shelters have been set up, with each capable of accommodating between 150-200.

Pollution Control Department director-general Attapol Charoenchansa warned the public that fumes from styrene monomers are carcinogenic and must not be inhaled.

"The Natural Resources and Environment Ministry and local government organisations will have to discuss what actions should be done to mitigate the impact of the predicted contamination," said Assoc Prof Kitikorn Charmondusit of Mahidol University's Eco Industry Research and Training Centre.

"They should also discuss measures to prevent a repeat of yesterday's explosion at any other industrial factories, where huge amounts of flammable chemicals are stored," he said.

Chularat 9 Hospital, which is only 500 metres away from the blast site, transferred its staff and patients to other hospitals for safety reasons. 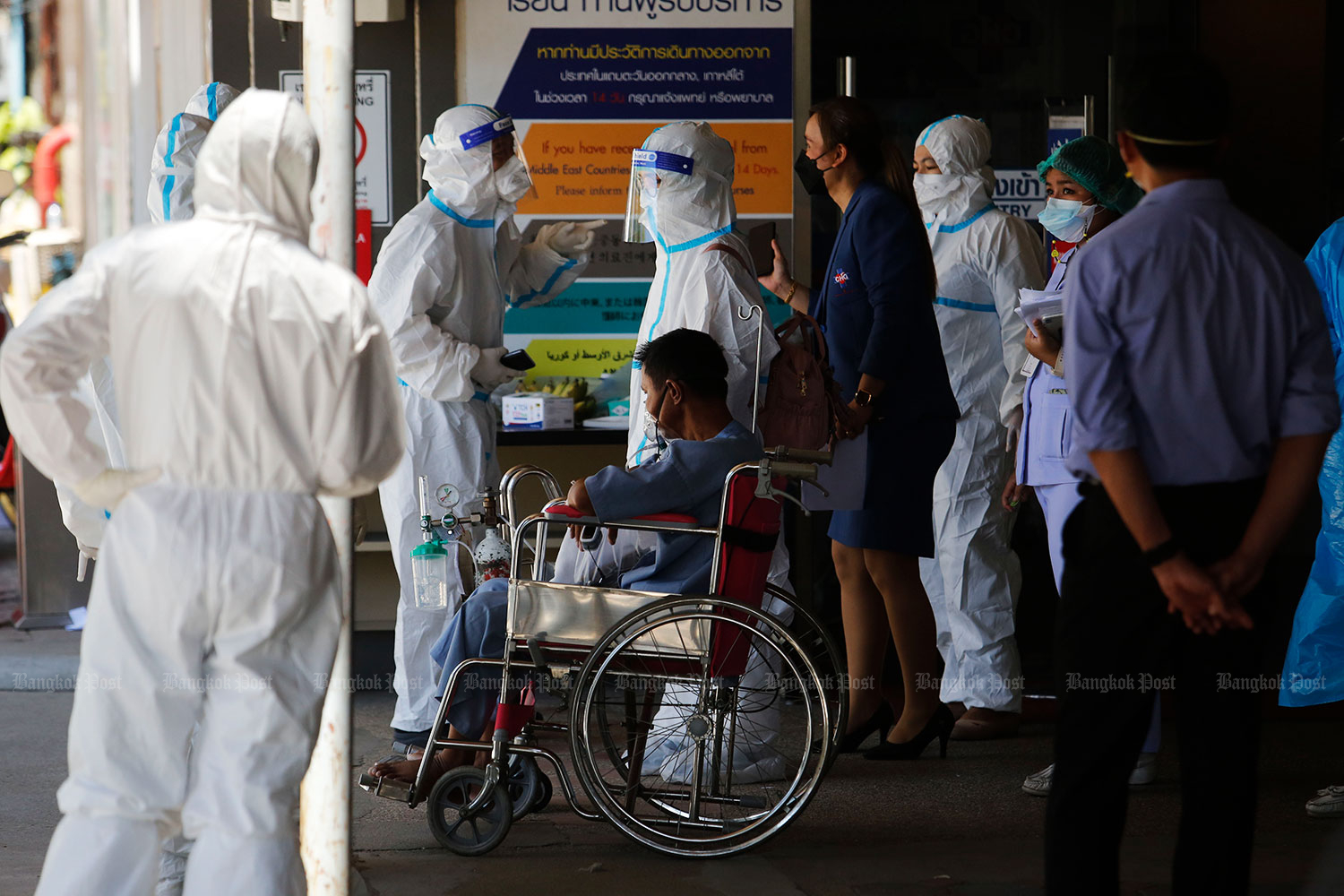 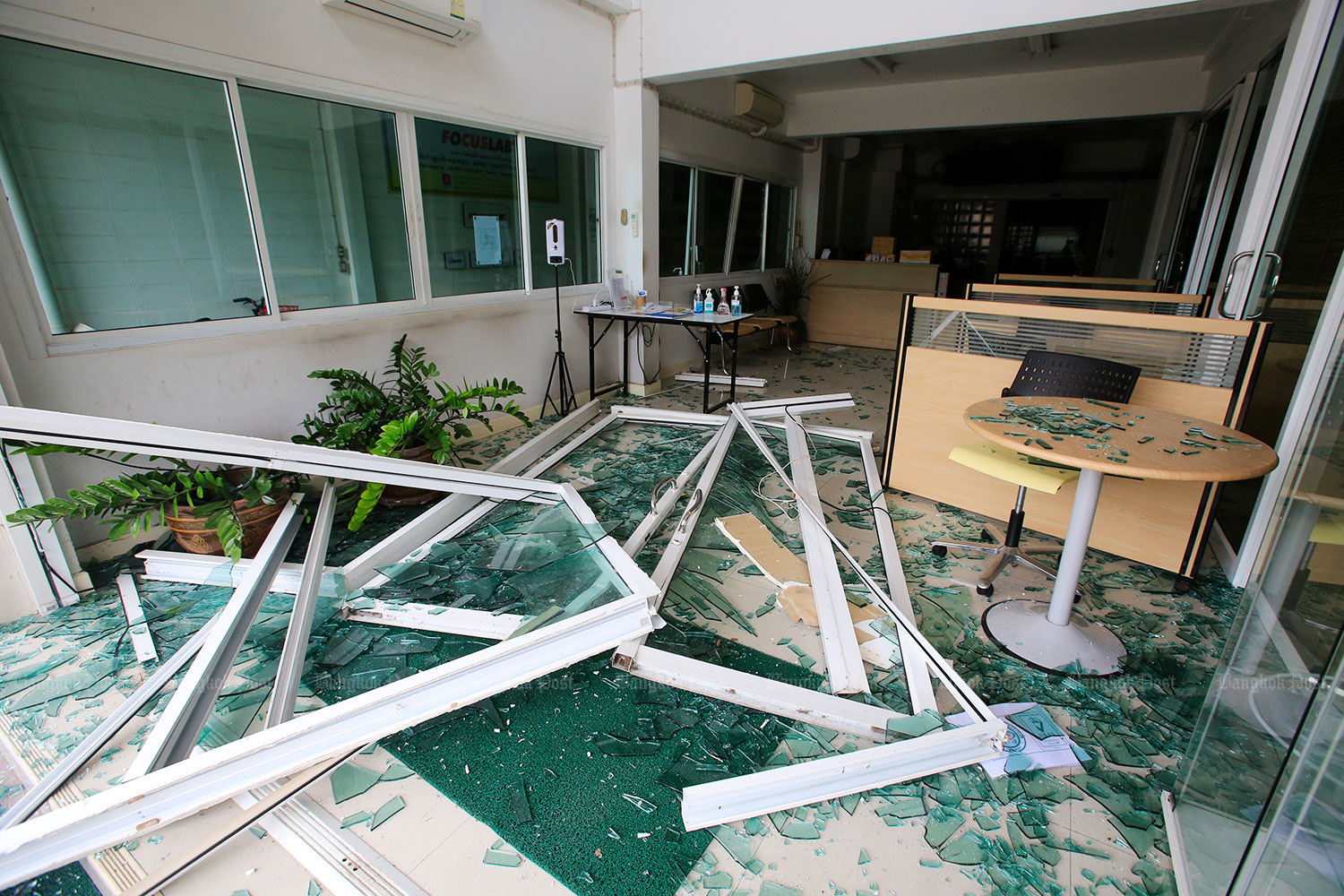 A building located near Samut Prakan’s factory explosion site was severely damaged by the impact of the blast. (Photo: Pornprom Satrabhaya) 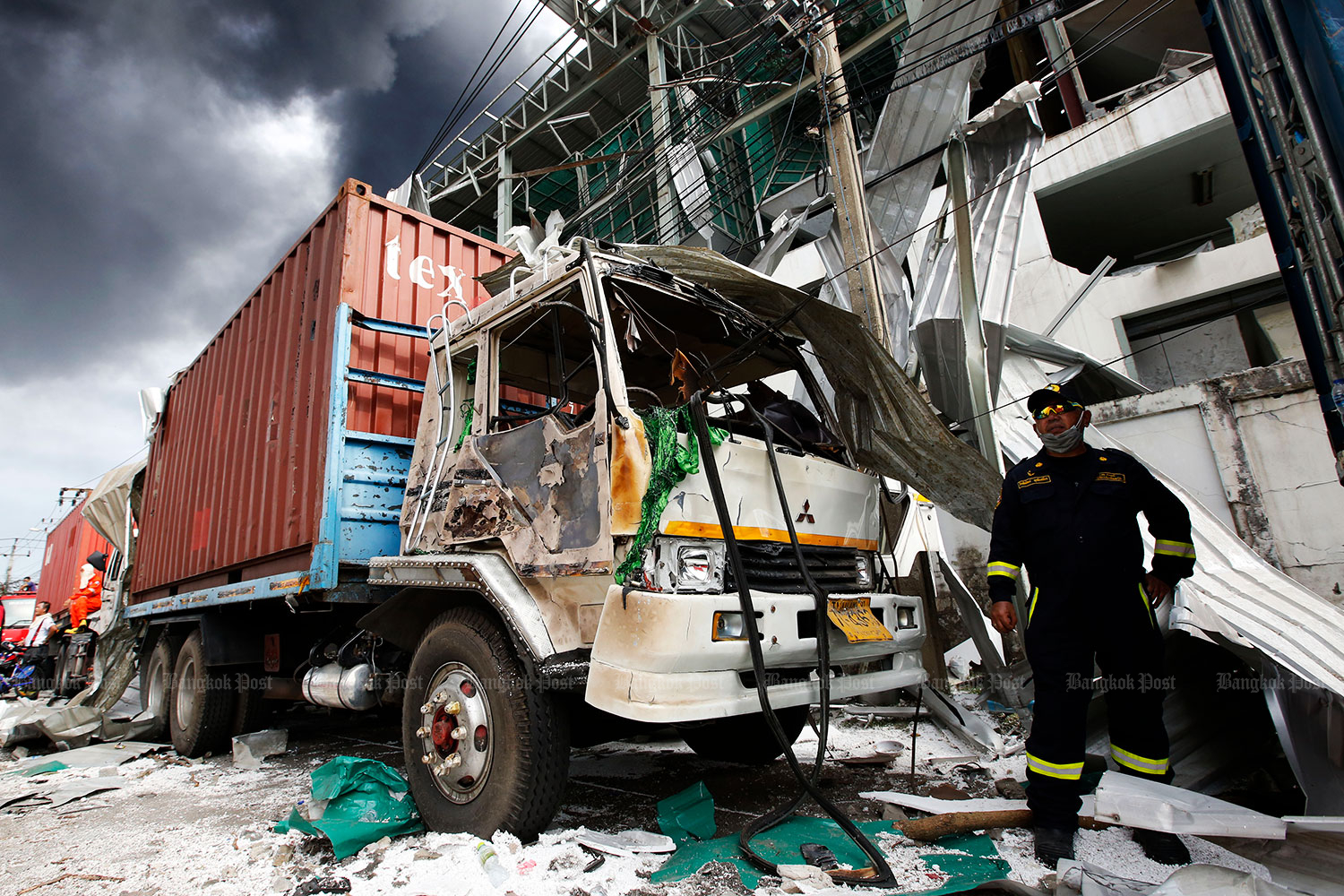 A man stands in front of a damaged truck near the explosion site while smoke billows in the background. (Photo: Wichan Charoenkiatpakul)