The abbot behind the construction of a big new temple complex in Buri Ram has defended the project against an uproar by Cambodians who say he is copying their national heritage site of Angkor Wat.

Officials inspected the Sihanakhon complex project at Wat Phu Man Fah in Nang Rong district of Buri Ram on Wednesday after Cambodians took to social media criticising it as an attempt to build a second Angkor Wat.

#SaveAngkorWat and #Angkorwatbelongtokhmer were among the hashtags used on Twitter opposing the new landmark under construction in the northeastern province after pictures were shared on social media.

The reactions in Cambodia prompted the Cambodian Culture Ministry and Fine Arts to look into the issue, according to the Khmer Times.

Temple abbot Somsak Sungwarajitto told the visiting delegation led by provincial cultural office chief Khattiya Chaimanee that the project was born of his imagination and vision.

He rejected the suggestion it was a replica of Angkor Wat or any other site.

Construction of Sihanakhon began last year on 200 rai of temple ground. It comprises several sandstone stupas and other structures. 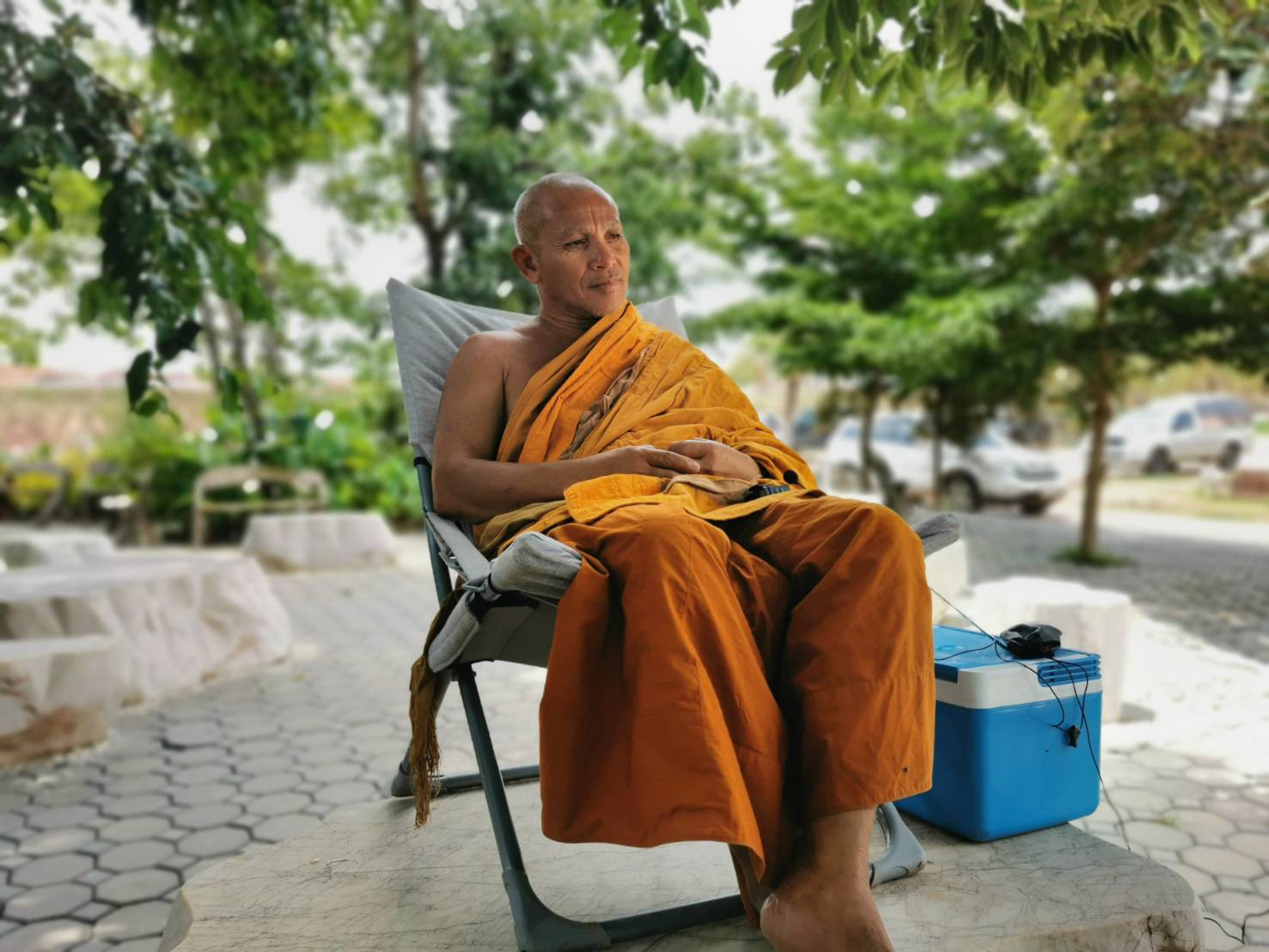 The abbot said earlier that he was erecting the complex as a new religious attraction and a way to return favour to his native district.

Sommart Pholkerd, an independent archeologist based in Buri Ram, said part of the northeastern region bordering Cambodia shared similar culture and contacts and it was reflected in religious structures. The issue should be seen from a cultural perspective,  instead of a political one.

He suggested Cambodia send representatives to have a look for themselves.

The Cambodian ministry has issued a statement saying that the abbot had confirmed that the Thai project did not duplicate the Angkor Wat complex, but Phnom Penh was monitoring it anyway, the Khmer Times reported on Wednesday.

"The Ministry will work and monitor this work closely," it added.

Angkor Wat in Siem Reap was declared a Unesco World Heritage site in 1992. The Hindu ruins and its vast complex are one of the most important landmarks in Cambodia and draw large number of visitors to the country.