Packs of crystal methamphetamine found in a room beneath a woman's house in Pattani's Sai Buri district on Thursday night. (Photo: Abdullah Benjakat)

PATTANI: A woman was detained by police after nine sacks containing 277 kilogrammes of crystal methamphetamine were found in a closed room under her house in Sai Buri district.

Sai Buri district chief Sommart Bara led a team of local officials, police, soldiers and volunteers to search the house in tambon Manang Dalam around 11.45pm on Thursday, acting in information that illicit drugs were stored there.

The team found nine sacks containing packages of crystal methamphetamine in a room below the house. The drugs weighed  277 kilogrammes in total.

Firadao Khami admitted to being the owner of the house. She was held in police custody for investigation. 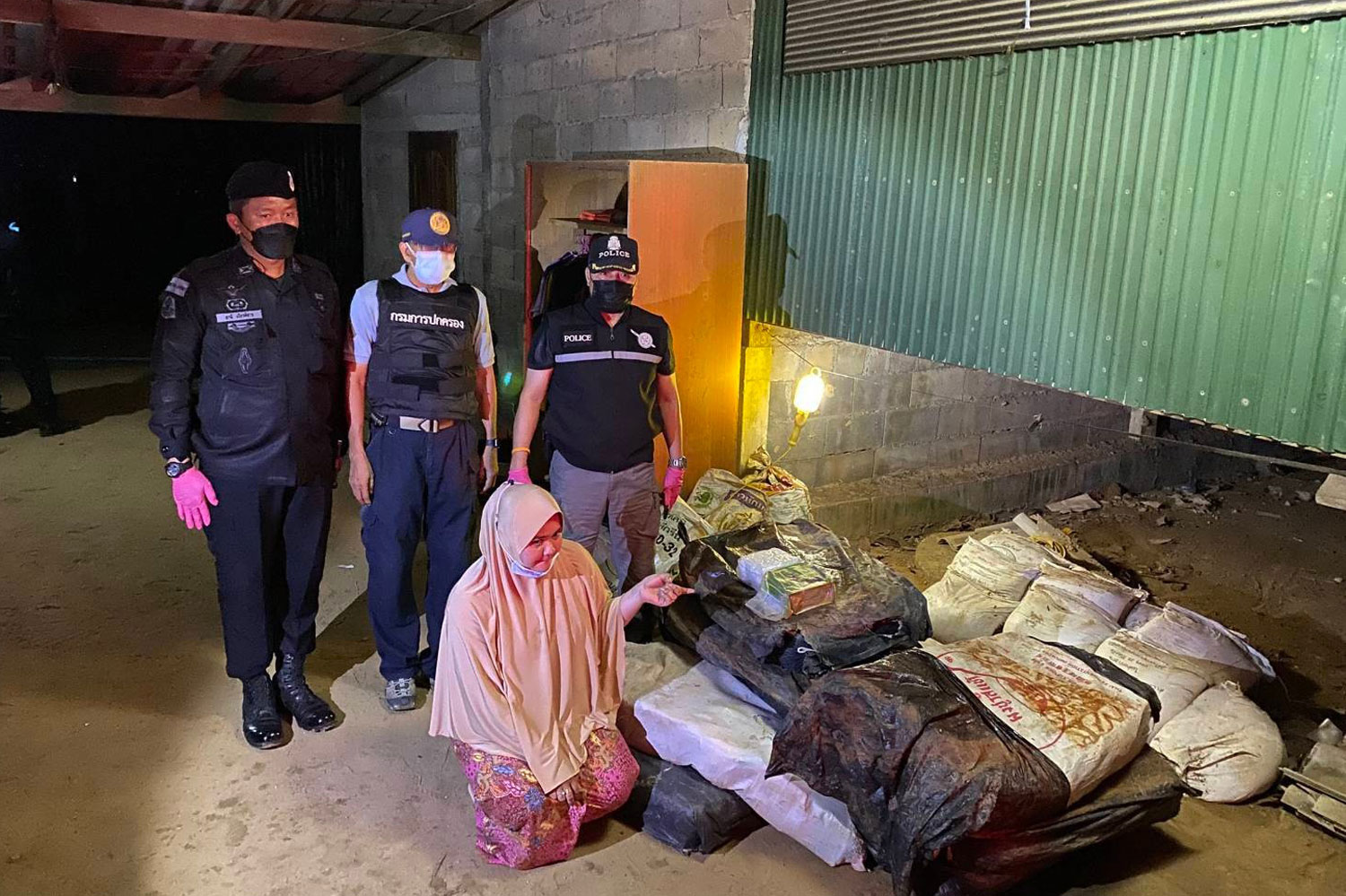